Mother-of-two ‘offered neighbour £100 to keep quiet’ after her Alsatian viciously attacked him. 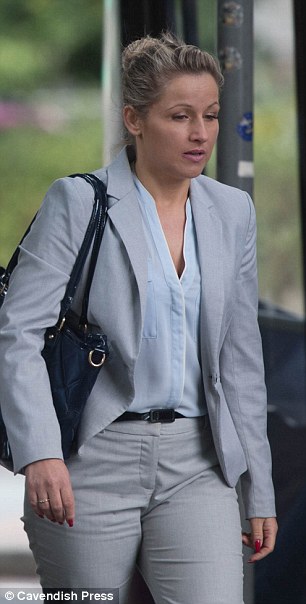 Stec, pictured outside court, escaped with a six months imprisonment suspended for nine months whilst the dog was made subject of a ‘conditional destruction order’

A mother offered her neighbour £100 hush money minutes after he was savaged by her Alsatian, a court heard.

On January 4 last year, Paul Higham was bitten on both forearms, his leg and groin, after the dog ran from delivery driver Barbara Stec’s garden and launched herself at him as he was on his way to visit his partner.

Prosecutors at Manchester Crown Court, claim single mother of two,  Stec, 39, went to Mr Higham’s partner’s address five minutes after the attack and offered him £100 to keep quiet about it and not report it to police.

The court heard, Mr Higham, who needed three days of hospital treatment for serious wounds to both forearms, decided to go to police to report the dog, who is called sniper as a ‘danger to the neighbourhood’.

Eight months on since the attack he has been unable to return to work as a warehouse operative due to a frozen right shoulder and feels unable to wear short sleeves so his children are not ‘reminded about what happened’. 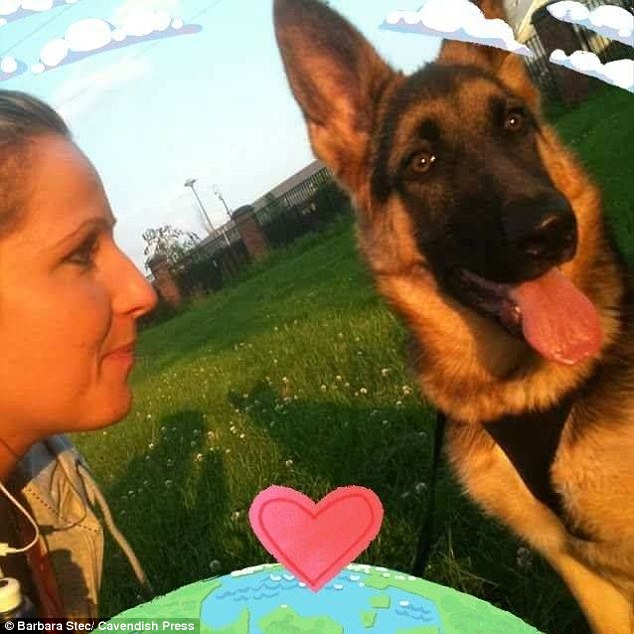 Barbara Stec (left) was said to have asked Paul Higham if he would accept £100 to keep quiet after he was savaged by her dog, Sniper (right)

In a statement to police Mr Higham said: ‘I did not realise how bad my injuries were until I took my coat off at the hospital, the wounds were quite deep and have caused me a lot of pain and soreness and I have remained off work.

‘This has caused me financial stress as well as physical and emotional stress. I do not know when I am able to return to work. Sleeping has been impossible because of my injuries. I feel I cannot wear short sleeved shirts because of the scarring on my arm. I wouldn’t want people to see them, as they keep looking at my and make me feel self-conscious about them.

‘When I am at home I wear long sleeved tops so that my children cannot see the constant reminder of what happened.

Stec, who is from Manchester’s Clayton district faced jail and having Sniper destroyed after admitting having a dog dangerously out of control.

But she escaped with a six months imprisonment suspended for nine months, whilst the dog was made subject of a ‘conditional destruction order’ after a judge said he had to treat the case ‘dispassionately.’

It means Sniper could be put down if Stec ignores a number of strict rules to avoid any further incidents.

She has also been ordered to pay Mr Higham £1,500 compensation plus £250 court costs.

She denied offering the cash to her neighbour to keep quiet about the incident.

The incident occurred at 6.30pm as Mr Higham was walking past Stec’s home to visit his partner.

Prosecutor Elizabeth Evans said:’Sniper jumped at him biting his right arm and penetrating the coat he was wearing. At that point, Mr Higham was backed up against next door’s gate and was kicking out at Sniper to get him away, but Sniper jumped at him again, this time biting his left arm, clamping onto his arm again and attempting to drag him down.

‘He continued to kick out but at that point the defendant ran over trying to intervene and trying to pull Sniper away. However, Sniper then went back and bit at the victim’s right leg and groin, ripping through his jeans and scratching his knee. It seemed to Mr Higham that the dog was too strong for her and she had some assistance getting the dog away. Afterwards he ran straight to his partner’s address. 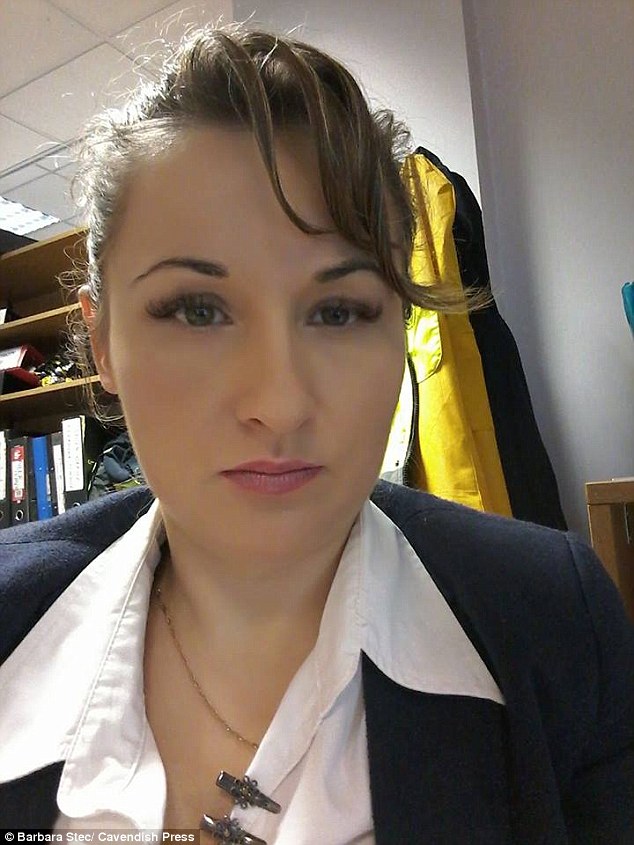 Miss Evans added: ‘Two years before this incident, the teenage son of Mr Higham partner was attacked by the dog – but there was no prosecution. The police spoke to the defendant about it and gave her a verbal warning about keeping the dog under control.

In mitigation, Stec’s lawyer Daniel Harman said: ‘This case is a sad case. Nobody wanted this incident to happen, least of all Miss Stec.

‘Regarding the previous incident, she did not have a visit from the police or a written warning. She was spoken to over the telephone by a police officer who simply said: ‘you need to keep an eye on your dog.’ She has always had him on a lead and always has him muzzled when she goes out. As she pulled up to the front door in her delivery van, the dog ran out. There was a momentary lapse of control and she is remorseful.

Stec was also ordered to complete 80 hours unpaid work. Under the terms of the conditional destruction order, Sniper must have a muzzle in public and cannot be in the charge of a person under 16.

Sentencing the judge Mr Recorder Jeremy Lasker said: ‘There is a dispute about whether you went round and apologised to them and offered them money and I make no finding about that. You say that did not happen but he was left with serious injuries, he has wounds to his forearm which required surgery and he was in hospital for three days.

‘The injury to his left forearm was particularly deep and penetrated the muscle and required treatment where he was administered general anaesthetic and muscle repair. This has left him with scarring.