Mother saved her daughter’s life with CPR after school race

‘Oh mummy, I can’t breathe’: Mother saves her daughter’s life with CPR after the 10-year-old collapsed at the finish line of a school race

A mother has recalled the shocking ordeal where she battled to save the life of her 10-year-old daughter who went into cardiac arrest after a school race.

Jo Naylor told her daughter Amelia to ‘stop being silly’ after falling on the ground after her race.

She then notice her daughter’s eyes started to roll back in her head and was not breathing properly, leaving the mother-of-two and a nurse to administer first aid.

Mrs Naylor said her daughter, the house captain of the running team, appeared off the pace during the race at the Swithland St Leonard’s CofE School in Loughborough. 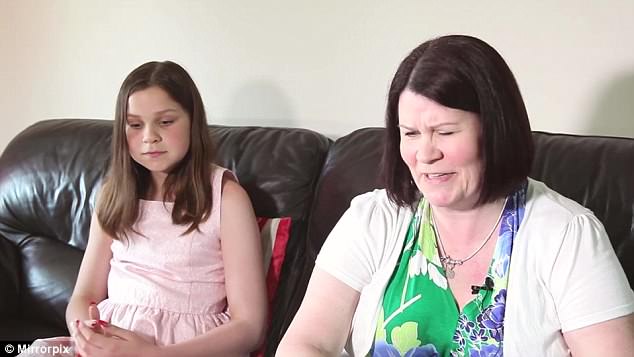 Jo Naylor told her daughter Amelia to ‘stop being silly’ after falling on the ground after her 2,000 kilometre run

Recalling the moments shortly after her daughter had finished the race in September last year, Mrs Naylor said: ‘She lay down on the grass and said, “Oh mummy I can’t breathe.”

‘She became unresponsive. Her eyes were rolling back and she wasn’t answering me. It was clear she was not messing around.’

An ambulance was then called for her daughter as CPR was administered until it arrived 20 minutes later.

With tears in her eyes recounting the incident, Mrs Naylor added: ‘I laid her on her back, lifted her chin and double checked to see if she was breathing then, but she definitely was not.

‘I gave her mouth to mouth, and she didn’t respond. So I checked for a pulse, I could not feel one so I started chest compressions. After one minute I thought she’d sit up.’

The nurse recognised Amelia was in cardiac arrest after she was unresponsive to first aid attempts.

When the ambulance arrived, they used a defibrillator to shock Amelia, which stopped her heart, but then jolted it back into its normal rhythm.

Mrs Naylor added: ‘The ambulance guy gave her a single shock. Her heartbeat stopped. And then it restarted. It was so exciting.’

Surgeons found Amelia’s left coronary artery was connected in the wrong place and was operated on at the Glenfield Hospital in Leicester.

Amelia made a return to school in November last year, but her mother has hailed the importance of learning to administer CPR after it helped to save her daughter’s life.

A campaign led by St John Ambulance and Resuscistation UK, called Restart the Heart, is aiming to improve the low survival rates for people who go into cardiac arrest.

Events are due to be hosted at schools, community centres, hospitals and other locations to help people become proficient in essential life saving skills.

Find out more about this year’s event and about how to save a life at https://www.resus.org.uk/events/rsah/ 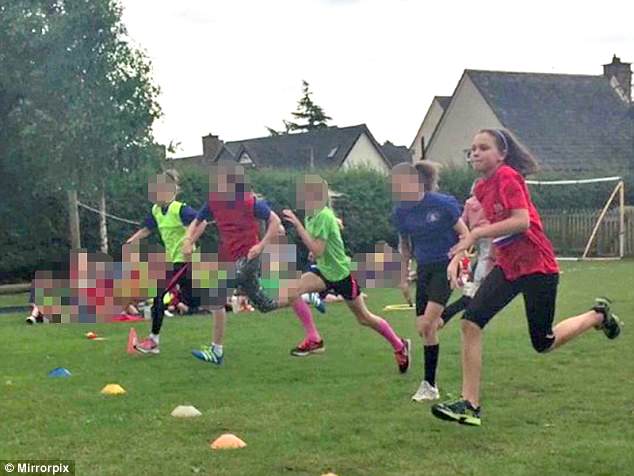