Mother, 32, who gave birth in a coma as she battled coronavirus could not meet her baby daughter until she was five weeks old

A mum who gave birth while in a coma as she fought coronavirus could not meet her baby girl until she was five weeks old.

Carrie-Anne Osborne, who was given a caesarean after she was admitted to hospital with Covid, said she is ‘lucky to be alive’ after finally returning home to her family.

The 32-year-old mum-of-four was self-isolating at home after testing positive for Covid-19 on December 29 and was taken to the University Hospital of North Tees, in Stockton, County Durham in the early hours of January 6 after her condition deteriorated. 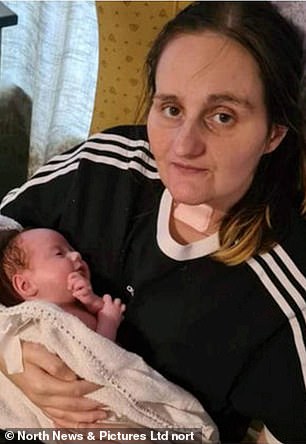 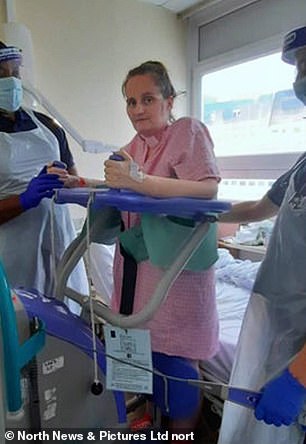 Carrie-Anne Osborne, 32, (right, in hospital) tested positive for coronavirus while she was pregnant with daughter Storm (left, together) and was placed into a coma after her condition deteriorated 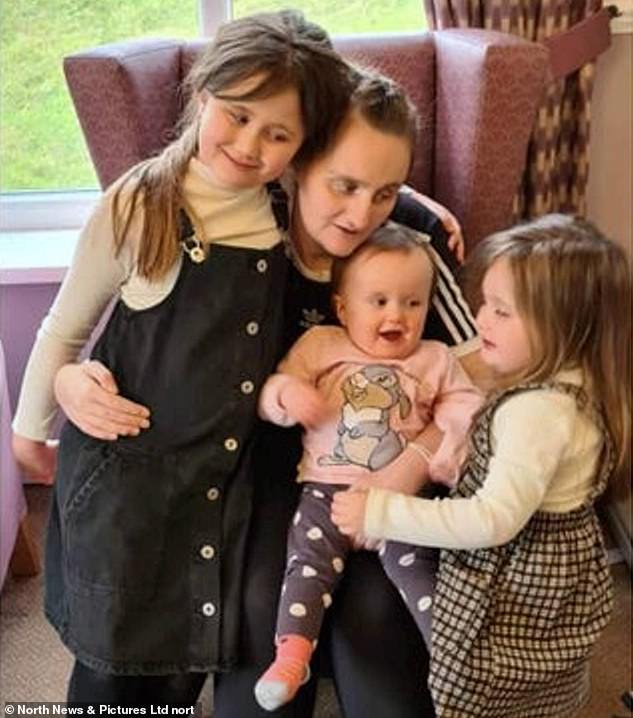 While in hospital in Stockton, County Durham, the mother of four was put into a coma and her baby was delivered at just 33 weeks. Pictured: Carrie-Anne with daughters Poppy, seven, Willow, three, and Sky, one

Doctors put Carrie-Anne into a coma and delivered her baby at just 33 weeks the same day.

Unable to see Carrie-Anne in hospital, her worried family had to rely on daily phone calls with medical staff to find out her condition.

Leanne Osborne, Carrie-Anne’s sister, said: ‘She was really poorly – it was touch and go. We thought she wasn’t going to survive and we were told to expect the worst.’

The 44-year-old hairdresser, also from Hartlepool, County Durham added: ‘It was a living nightmare, it was awful.

‘I wouldn’t wish it on anyone. People just don’t take Covid seriously enough.’

Carrie-Anne spent more than four weeks in a coma as she battled Covid-19 pneumonia which caused her left lung to collapse. 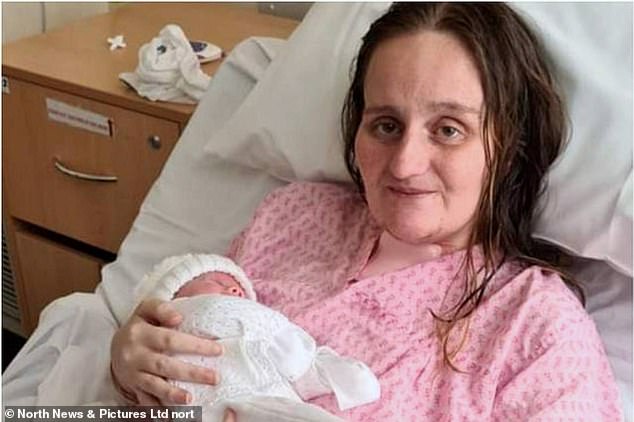 But the brave mum proved herself to be a fighter and was able to fully come round from the coma on February 7.

It was only then that she realised she had given birth to her daughter, Storm Osborne-Duncan, who weighed just 3lb 10oz.

Baby Storm spent four weeks in hospital until her dad, Lewis, brought her home on January 28.

On February 18, five weeks after she was born, Carrie-Anne met her baby for the first time, calling the experience ‘surreal’.

On surviving her ordeal, Carrie-Anne, who is also mum to Poppy, seven, Willow, three, and Sky, one, added: ‘There’s no better feeling. I feel on top of the world.’ 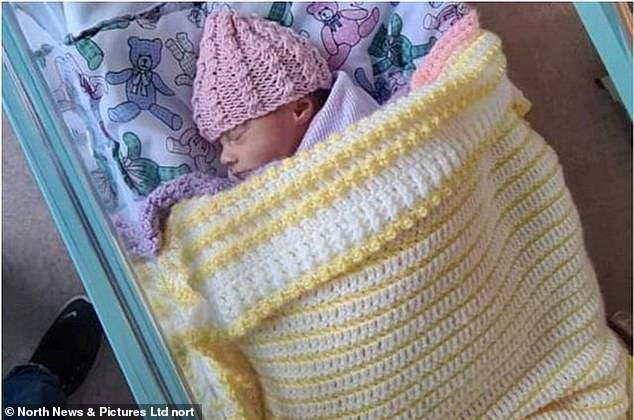 After leaving the Covid ward, Carrie-Anne was moved to Westview Lodge care home for a fortnight before returning home on March 10.

She remains very weak and still struggles with her mobility and breathing. She added: ‘I still can’t walk. I am breathless all of the time.

‘When I was in Westview Lodge I was told a bit more about what happened to me and it’s made me realise how lucky I am to be alive.

‘The staff there were absolutely fantastic. The NHS intensive care staff were also brilliant. I am so pleased to be home.’

A fundraiser to support Carrie-Anne and her children through the ordeal has raised more than £1,000.