Motorway executives attending a ceremony to remember victims of a major bridge collapse were told to leave after grieving relatives asked the Italian prime minister to intervene.

A service was held in Genoa marking one year since 43 people were killed in the Morandi Bridge disaster.

Top executives for the country’s biggest motorway operator Atlantia as well as company officials were seen at the ceremony but made an early exit before proceedings began. Atlantia has been blamed by the ruling 5-Star movement for the tragedy, with the group saying the company neglected maintenance on the viaduct.

It has called for Atlantia’s national toll-road concession to be revoked.

Atlantia, controlled by the Benetton family, has denied the accusations, and insists regular, state-supervised inspections showed the bridge was safe. 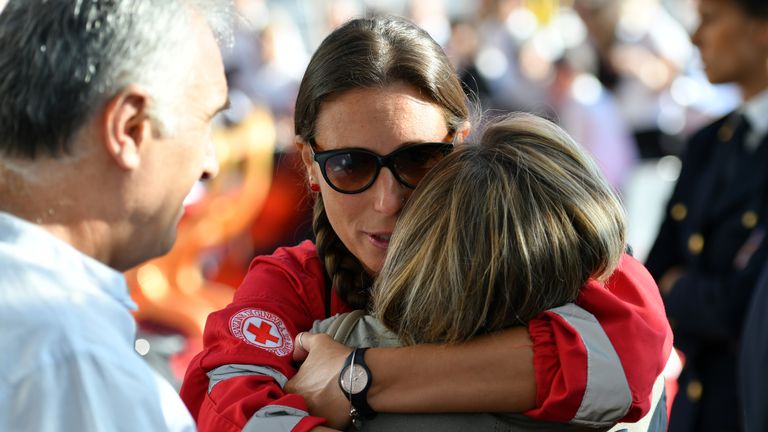 Politicians, including Prime Minister Giuseppe Conte and other leaders, took their seats in the front row of the service on Wednesday morning.

Some relatives told Mr Conte they would leave if the motorway executives stayed. Mr Conte’s officials intervened, and chief executive Giovanni Castellucci and chairman Fabio Cerchiai left afterwards, according to a source speaking to Reuters. 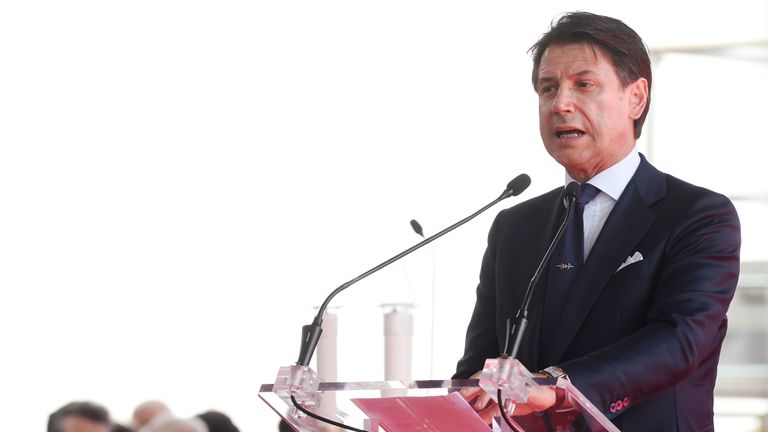 On 14 August 2018, a large section of the 1.2km (0.75 miles) motorway viaduct, which was built with reinforced concrete, collapsed, sending vehicles plummeting 50m (164ft) below.

During the ceremony, the names of the 43 victims were read aloud, and a minute’s silence was held.

There was a Catholic mass, led by Cardinal Angelo Bagnasco, Genoa’s Archbishop, inside the abandoned warehouse where the service was held, close to the site where the disaster happened. 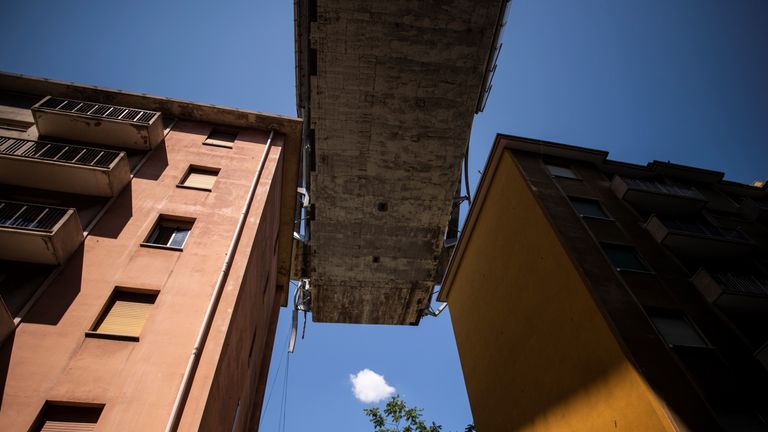 Giovanni Toti, regional governor, said: “This is a day of grief but also of pride for this city.

“Grief because we are remembering 43 victims, for whom we hope justice will soon be done… but also pride because a year on, the city has managed to rise up and is back on its feet.”

Warring political leaders were able to suspend hostilities for the ceremony, joining with the president Sergio Mattarella to remember the victims. 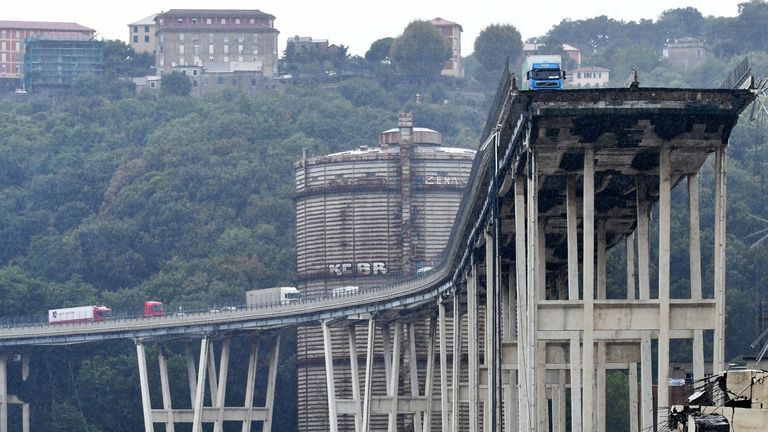 The disaster has not helped the infighting in the coalition, with the 5-Star party accusing Matteo Salvini’s League Party of trying to protect the Bennetton family and resisting their attempts to revoke Atlantia’s concession.

Genoa’s mayor Marco Bucci said he hoped the political climate in the country would not affect the bridge reconstruction.

He said: “The other day I received assurances by the government that their support will continue. And anyway, I believe that our goals are aligned.

“Genoa is a big city, with a large infrastructure and it matters not only to the Genoese people, but also to Italy, Europe and everyone. So, we’re aligned to the same goal.”

The coalition has split after months of bickering, meaning there could be elections in October.