MP Helen Whately in row with neighbours over trees at her £1.35m home

Tory MP Helen Whately is locked in furious row with neighbours who claim trees at her £1.35m Kent farmhouse are blocking sunlight into their homes and shedding leaves into gardens

A Tory MP is locked in a furious row with her neighbours over trees at her £1.35million home which they say blocks sunlight and shed leaves over their gardens.

Pictures from the street show the deciduous trees towering over neighbours’ houses.

Residents living in the row of council and private cottages beside the junior health minister were further enraged after her husband, Marcus Whately, told a neighbour to pay for tree surgery costs themselves.

One nearby homeowner, grandmother Marilyn Kemsley, 67, said: ‘The Whatelys bought the farmhouse about this time last year, and we’ve had a running battle with them ever since.

‘The trees are 50ft to 60ft high. The lady next door to them lives in perpetual twilight. 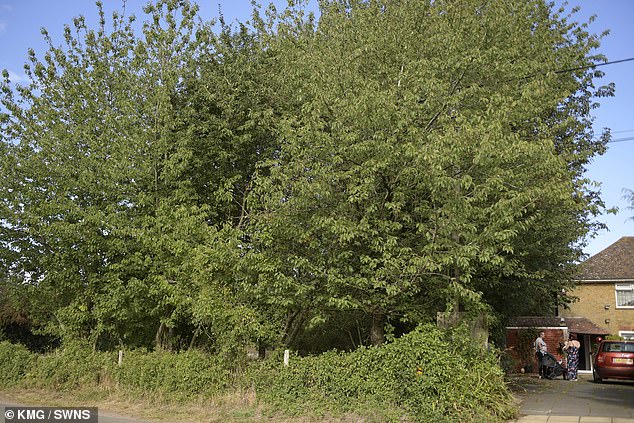 The offending trees: Neighbours of Faversham and Mid Kent MP Helen Whately have complained that trees on her property block sunlight and drop leaves in their own gardens 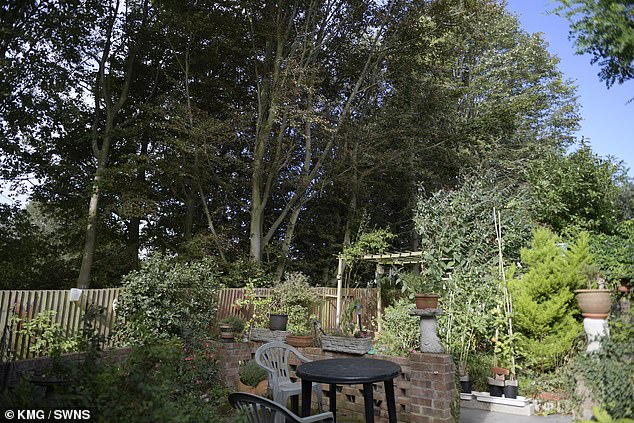 Kemsley said: ‘The trees are 50ft to 60ft high. The lady next door to them lives in perpetual twilight. She has to have lights on all day long

She has to have lights on all day long. It’s absolutely dreadful. We don’t get any sunlight from about 3pm onwards.

‘One lady’s back garden is absolutely full of these trees, which have self-seeded. Some are about 20ft now. She’s elderly and alone and she can’t deal with it herself.’

Mrs Kemsley said that one of the affected neighbours is an 81-year-old who cannot clean up the fallen leaves herself anymore.

When Mrs Kemsley approached the Whatelys about the trees she received text messages from Helen’s company director husband Marcus Whately. 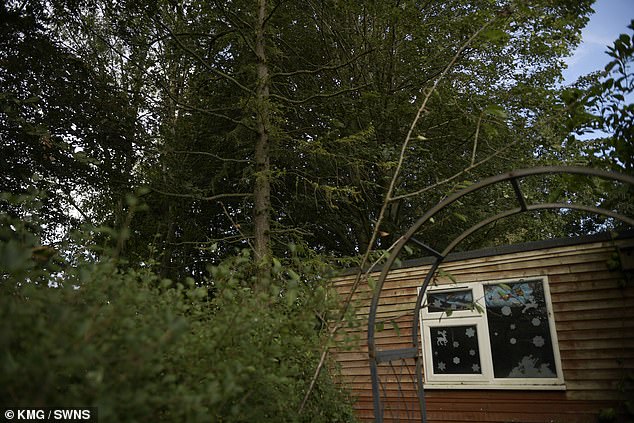 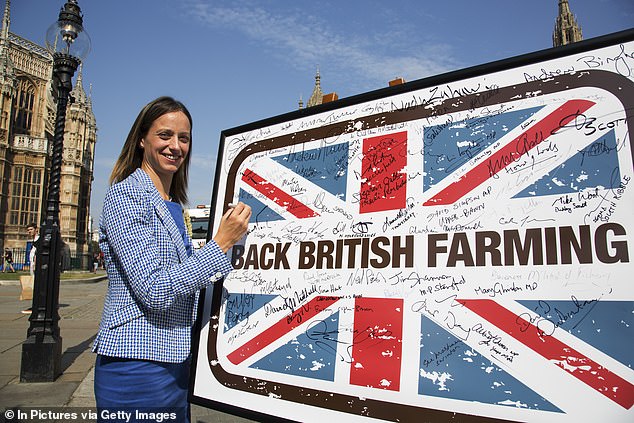 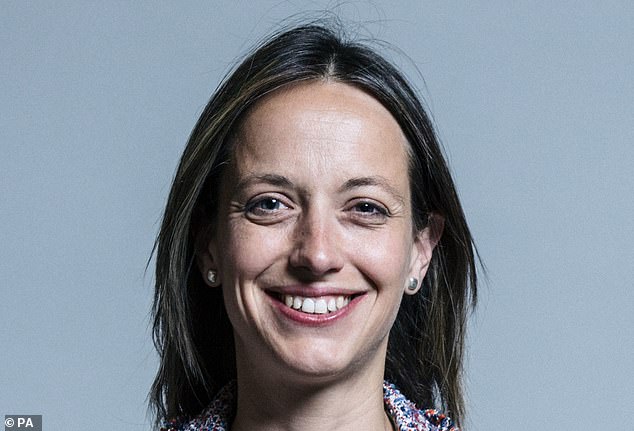 One message read: ‘I have no obligation to cut trees to any height.

‘I’ve had some work done at my cost as a gesture of goodwill, and I’m sorry that gesture has not been appreciated.’

Mr Whately, who is a managing director at Vescor, also said that he was happy to consider further works on the trees if his neighbours paid for them.

Mrs Kemsley, who was unhappy with the response from Mr Whately said: ‘I think it’s disgusting. We all voted for Mrs Whately to try and help with everything that was going on in the country, and now we feel totally let down. 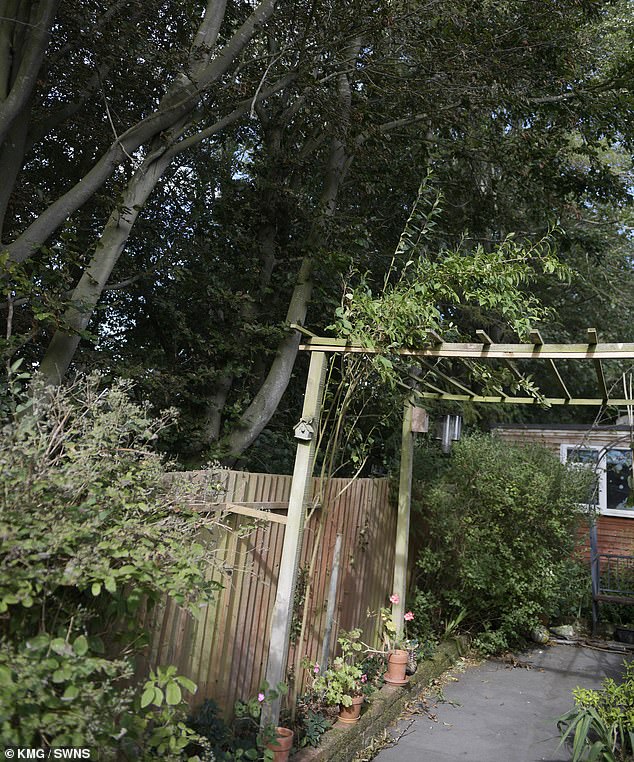 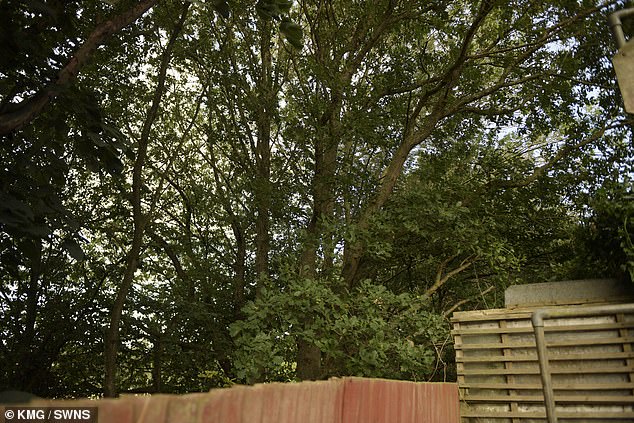 Other images show how they are blocking out sunlight. Locak residents have complained to the Tory MP 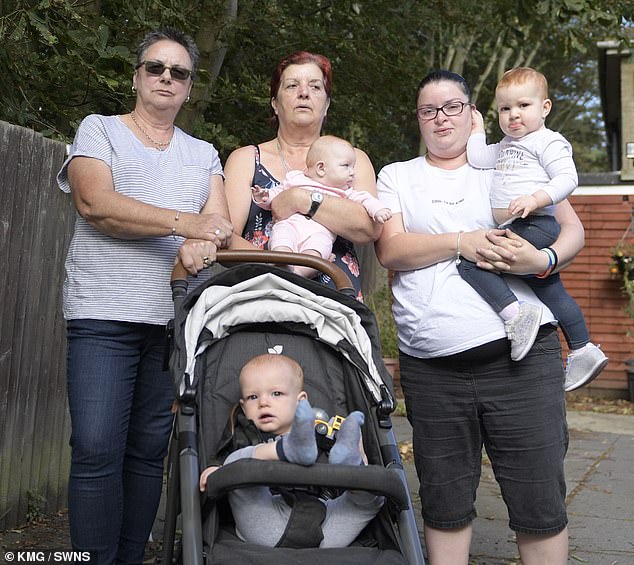 One nearby homeowner, grandmother Marilyn Kemsley, 67, (left) said that she was told to pay for tree surgery herself by Helen Whately’s husband Marucs

‘Something silly like this in our own environment, and she can’t even help us.

‘And then her husband’s asking us for money.’

KentOnline reports that the previous owner of the property had agreed to cut the trees so that they were shorter but sold the house to the Whatelys before he could carry out the work.

MailOnline approached Mr and Mrs Whately but they declined to comment.

In one she sparked a row over the Government’s approach to protecting care homes from coronavirus as she suggested scientists could be blamed for deaths before furiously backtracking.

The movement of elderly patients into residential care without testing them for coronavirus in order to free up hospital beds has been blamed for the high death toll in care homes.

Helen Whately was forced to U-turn on Sky News after seemingly claiming the decision was guided by science.

In April she was savaged during a series of brutal grillings as she struggled to provide answers to key questions on the supply of PPE, deaths of frontline workers and testing errors.

During an interview with ITV Good Morning Britain host Piers Morgan she was accused of not knowing how many health and care staff have died from coronavirus.

An earlier interview with Mr Morgan had seen Ms Whately criticised for laughing after he had confronted her over the number of people dying in care homes during the outbreak.