A MUM has blamed "bully" teachers and classmates for her 11-year-old son's suicide attempt that's left him with permanent brain damage, according to a US lawsuit.

Sharing a harrowing picture of Jamari Dent on a life-support machine, Teirra Black said he was "relentlessly bullied" before he tried to hang himself in January, reports the New York Post. 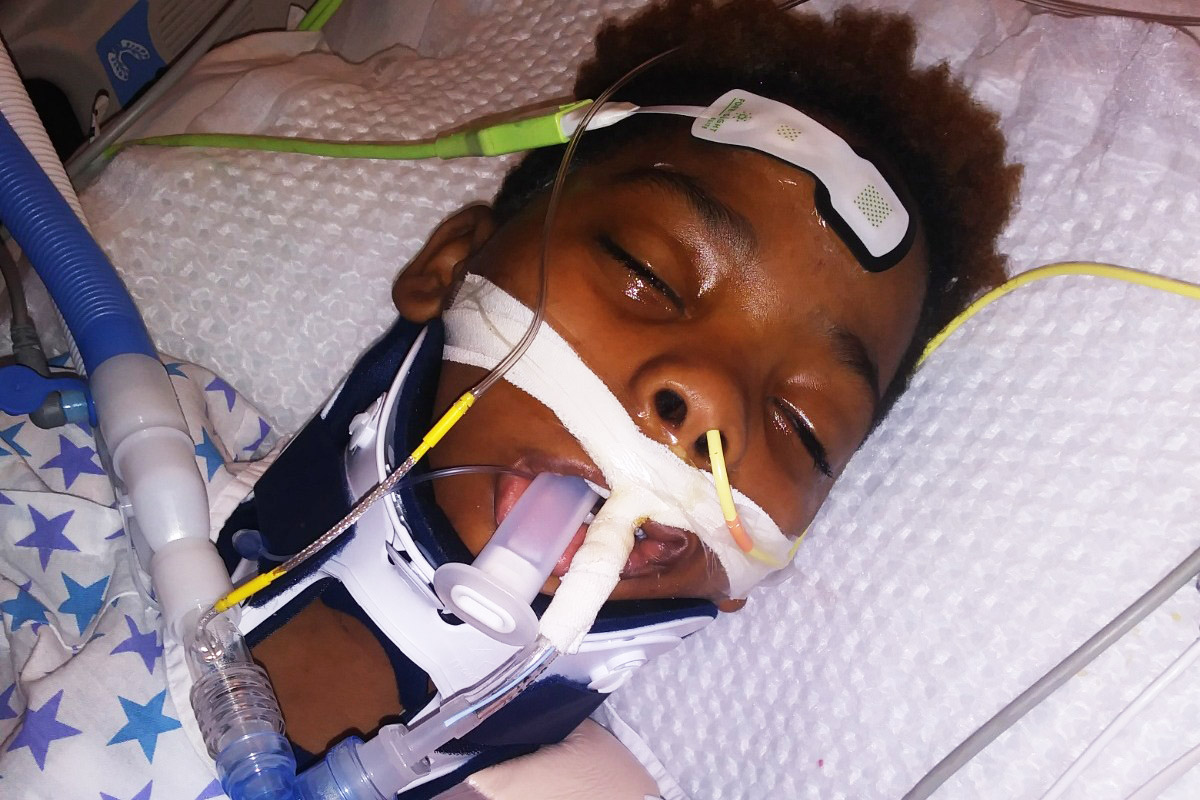 The lawsuit claims third-grader was taunted from early 2018 when the boy, who has learning difficulties, was enrolled at Evers Elementary School in Chicago.

And Tierra claims his suicide attempt could have been prevented if officials hadn't "ignored his mother's desperate pleas to protect her young son".

She told the Chicago Sun Times: "My son is not the same. He’s like a whole, totally different child.”

The suit claims classmates reportedly mocked Jamari, saying he was “stupid” and “retarded.”

He was also subjected to taunting from a teacher who hurled insults at him such as “dirty” and “nappy-headed,” the suit said.

In one episode, the teacher reportedly asked him whether “his brillo hair was the reason he couldn’t read.”

His mother alleges she was forced to transfer the boy after the same tutor struck him.

But the abuse and bullying allegedly followed him to his new classes at Woodson Elementary.

Three educators hit the boy in separate incidents, and the taunts continued from students and security officers, according to the suit.

Black claims she complained to the principal and board of education — but officials ignored her.

When the boy tried to take his life earlier this year, it was the culmination of chronic “physical violence, psychological abuse, bullying, harassment, and aggressive behavior,” according to the legal documents.

The suit — which seeks unspecified damages — names Chicago public schools, two principals and four teachers. The district declined to comment on the litigation, according to the Sun-Times.