Hotel financial controller Emma Jenkins, 39, from Bournemouth, Dorset, was on holiday at a caravan park in Scotland when she took a dip in the on-site pool without removing her lenses. 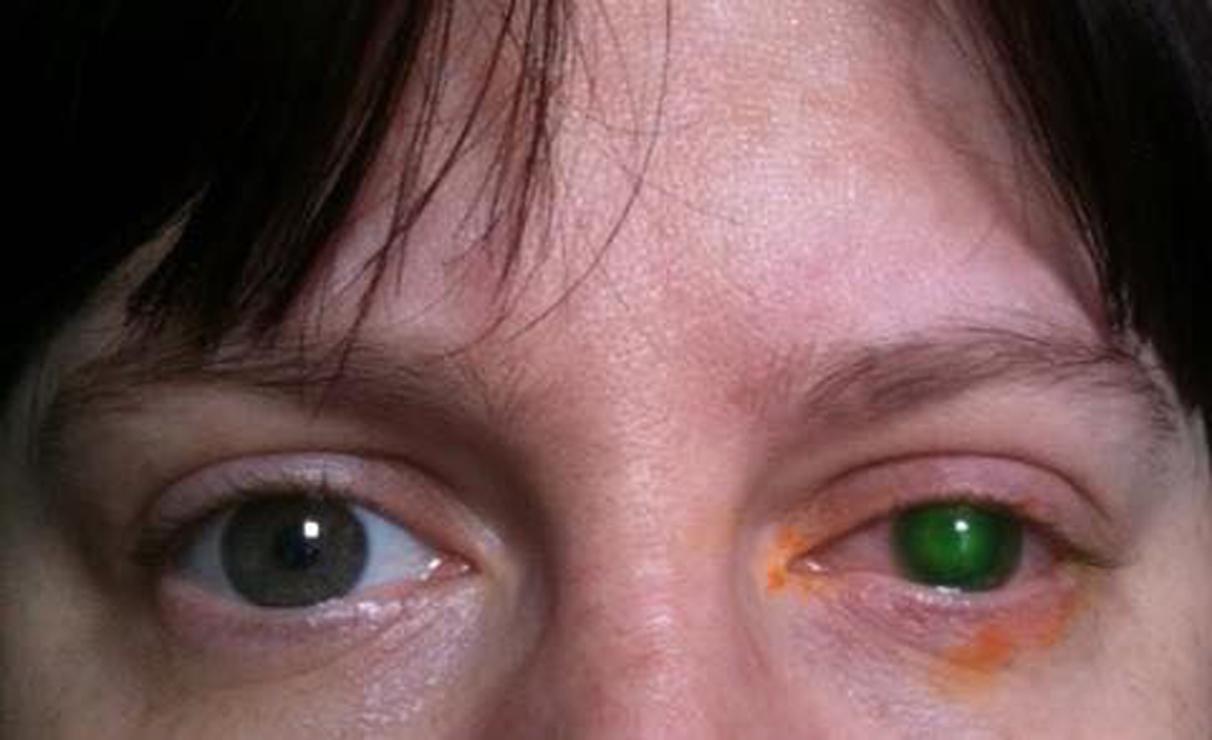 Back at home a week later, she began to suffer from severe pain in her left eye.

Emma went to see her GP but just three days later, lost her sight thanks to a microscopic bacteria causing an ulcer which destroyed her cornea.

The mother of two said: "I had no idea that wearing contact lenses in the pool was so risky. I left them in so I could see.

“It’s really frightening how quickly it happened. I was only swimming for about 20 minutes, yet it cost me the sight in one eye. 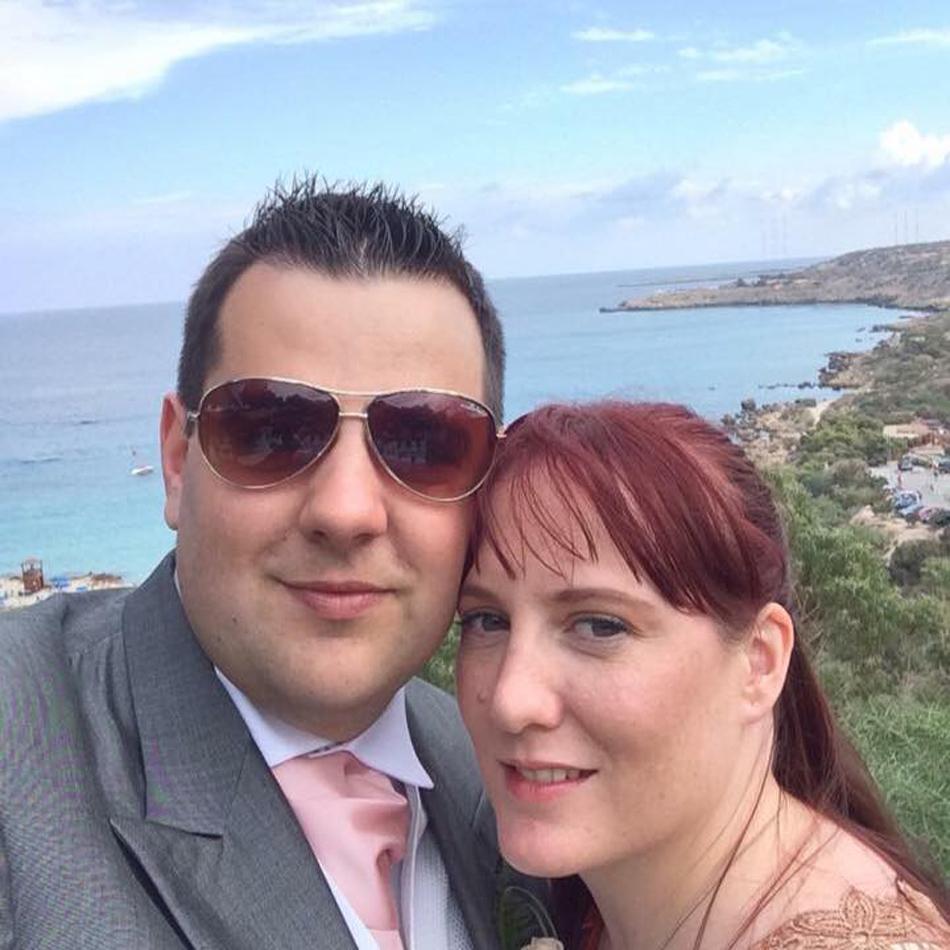 “When I got out of the pool, my left eye was irritated, so I went back to our caravan and took my lenses out, as it was hurting so much.”

Over the next few days, Emma suffered headaches and blurred vision, but not wanting to ruin the rest of the holiday for the children, decided to wait until she got home to seek medical help.

She was referred to the eye casualty unit at the Royal Bournemouth Hospital later that day where she was diagnosed with anterior uveitis – an inflammation of the middle layer of the eye – and was given steroid drops.

"I was using the drops, but three days later, I lost the vision in my left eye, as the bacteria had multiplied very quickly. 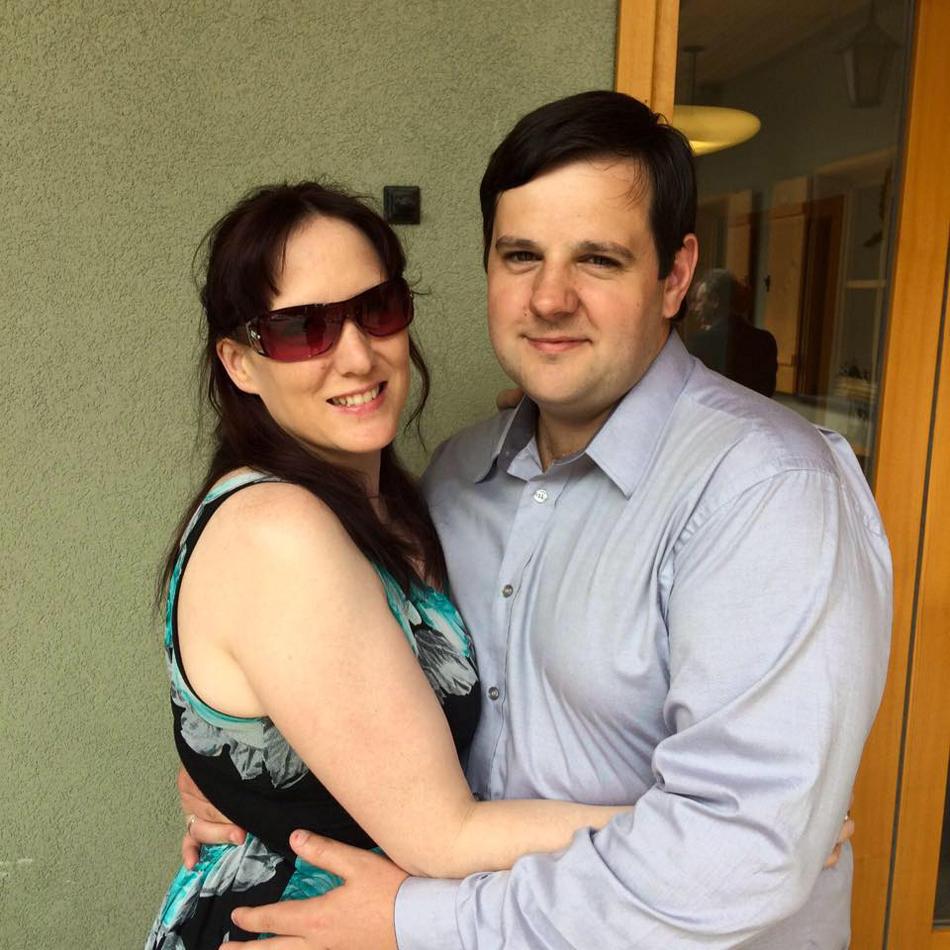 “The blurriness was getting gradually worse and when I woke up on that day and I was in so much pain I couldn’t even open my eye.

Her partner Dean called a taxi and immediately took her back to eye casualty where she was diagnosed with microbial keratitis and microcystic corneal oedema – meaning she had a swollen and infected cornea which was causing an ulcer to cover her whole iris.

Emma was admitted for five days where she received hourly drops to try to save her eye, but it didn't work. 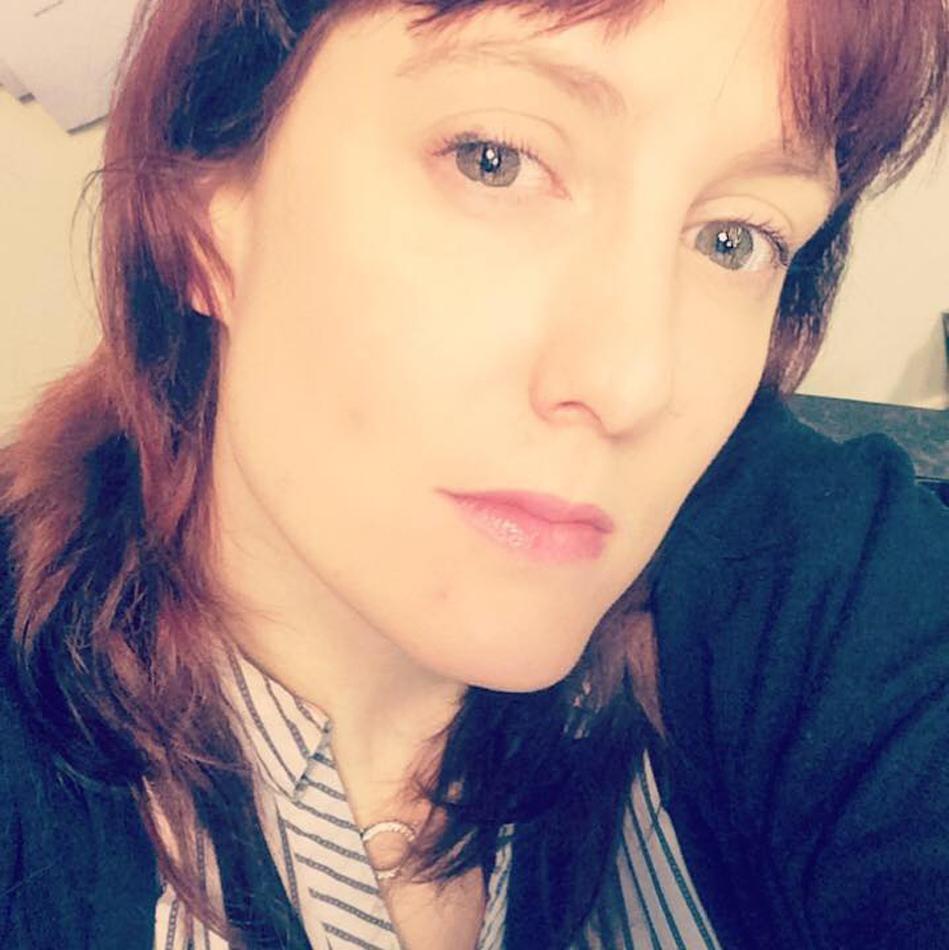 The condition had caused full thickness scarring to Emma's left eye, meaning that she could only see movement and light through it.

“When I was admitted thought it would get better and get back to normal," she explained.

“But, after a few days in hospital I was told by the doctor how serious it was and that the vision would never be back to what it was.

“I was shocked, but at the time, I was in too much pain to really take it in." 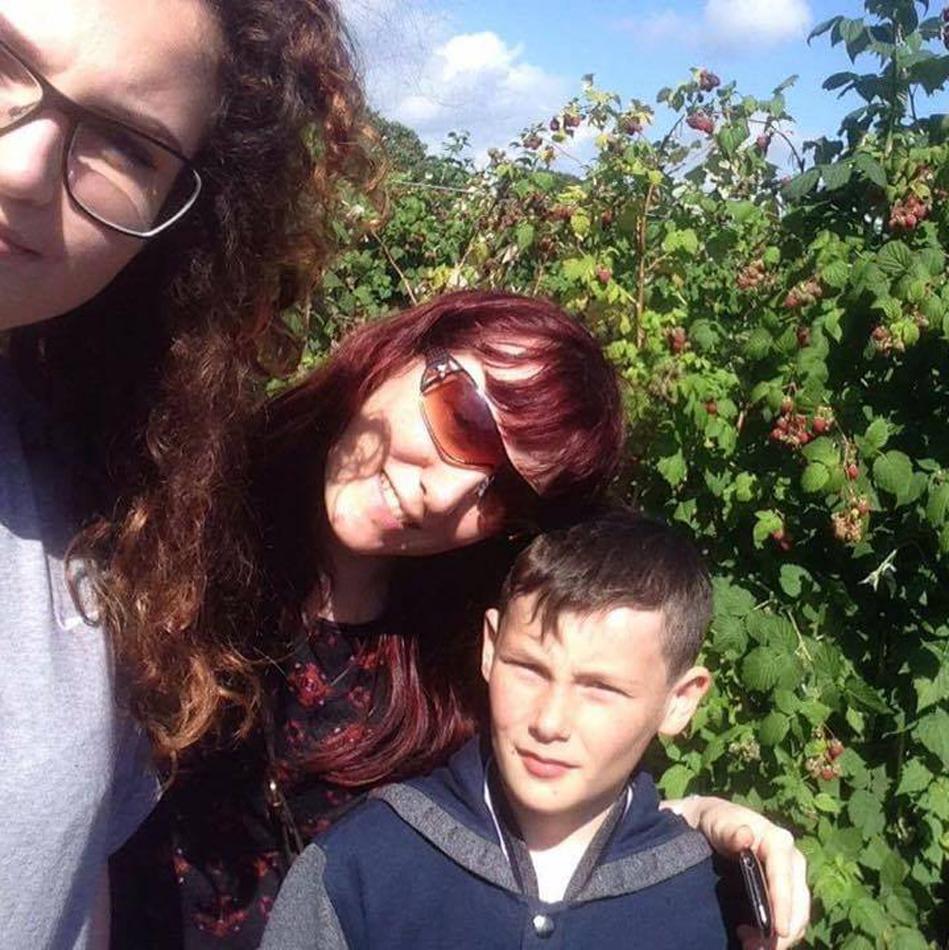 In April 2016, however, she was told that she would be a suitable candidate for a cornea transplant – where the damaged tissue is removed and replaced by healthy tissue from a donor.

Emma said: "We hoped my eye would heal, but it just kept getting worse. I struggled to live with just one eye and eventually, doctors agreed the cornea transplant was my best option.”

After a two month wait, she was taken for her transplant at the centre for sight in East Grinstead, West Sussex, on 1 June 2016.

Should you wear contacts for swimming?

Most opticians advise that contact lense wearers wear swimming goggles for swimming – mainly to reduce the risk of contacts being dislodged.

But swimming with contacts can result in eye infections, irritation and potentially sight-threatening conditions such as corneal ulcers (like Emma's).

In fact, the FDA has recommended that contacts are not exposed to ANY type of water – including tap water, showers, hot tubs, swimming pools and lakes.

If in doubt, take them out before getting wet.

Emma was awake during the whole operation and says that the nurse continued to talk to her throughout.

"The waiting list isn’t very long, as the cornea doesn’t need to be matched like other organs, but it is a very unusual operation, as you are awake throughout and it is done under local anaesthetic.

“They numbed my eye and I was told not to move at all. A nurse held my hand, so I could squeeze if I felt pain. I mainly remember just seeing colours and I could only feel the pressure on my eye and sometimes a tiny bit of pain.”

It took less than half an hour and Emma was able to leave hospital later that day. 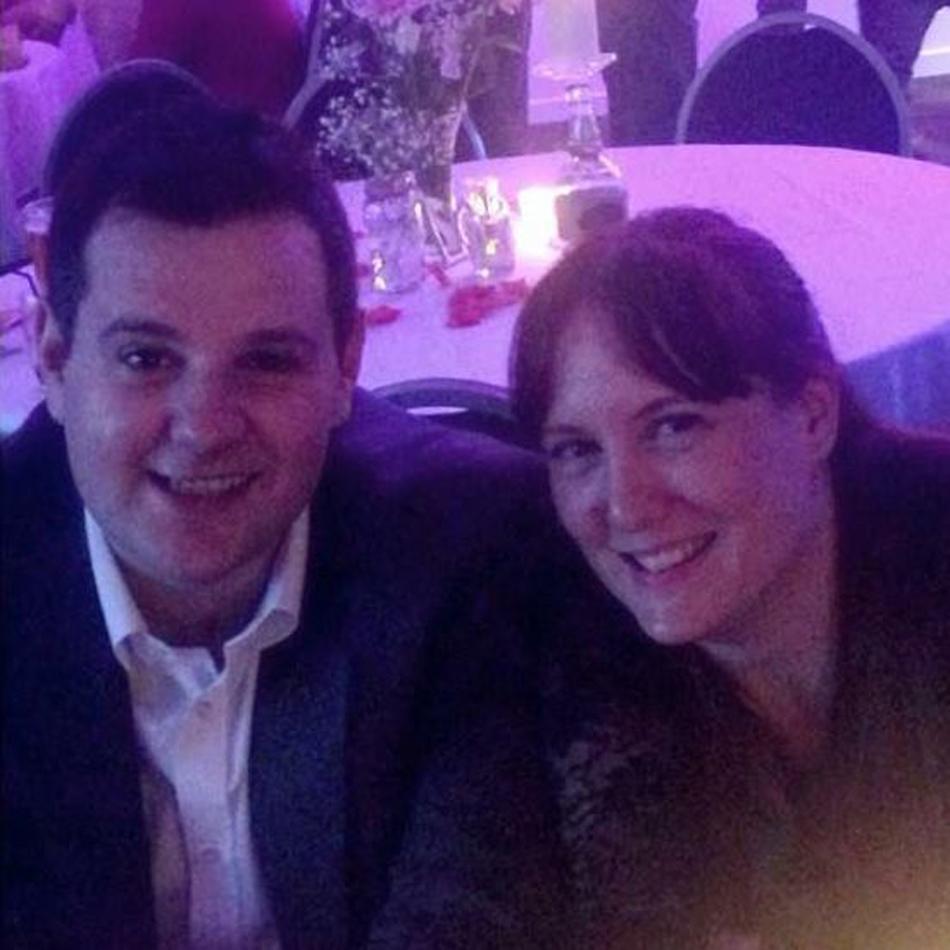 She said: "As it healed, I started to be able to see more and more. Unfortunately, they weren’t able to remove the full scaring.

"I can now see more out of that eye but it’s not completely clear. Before it was like looking through a big puffy cloud and now I can see things but they just aren’t perfectly in focus.

"I suffer from dry eye but it’s worth it to be able to see again.”

She added: “My mum, Kim, was amazing throughout everything and helped to care for me while Dean looked after the children. I couldn’t have got through this without my family and friends.

“I don’t think people realise the serious dangers of wearing lenses in water. I do still wear a contact lense in one eye but I am much more aware of the dangers.

"I wear a daily disposable contact lense because I prefer to throwing it away every day. I think everyone just needs to treat them with care.

“I’m so grateful for whoever allowed their corneas to be donated as they’ve helped to give me my sight back.”