THE MUM whose daughters were kidnapped by their dad has released a poignant video of the two girls playing, in a desperate bid to locate them.

Six-year-old Olivia and one-year-old Anna, along with their dad Tomas Antonio Gimeno, 37, have been missing since last week. 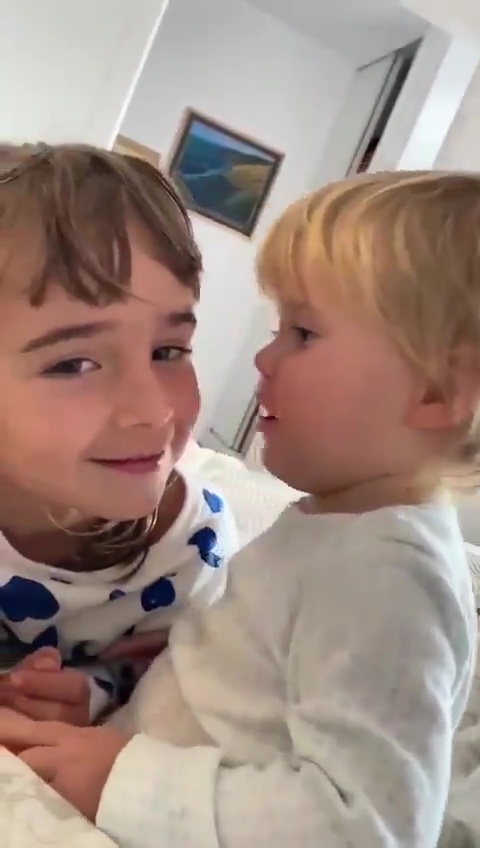 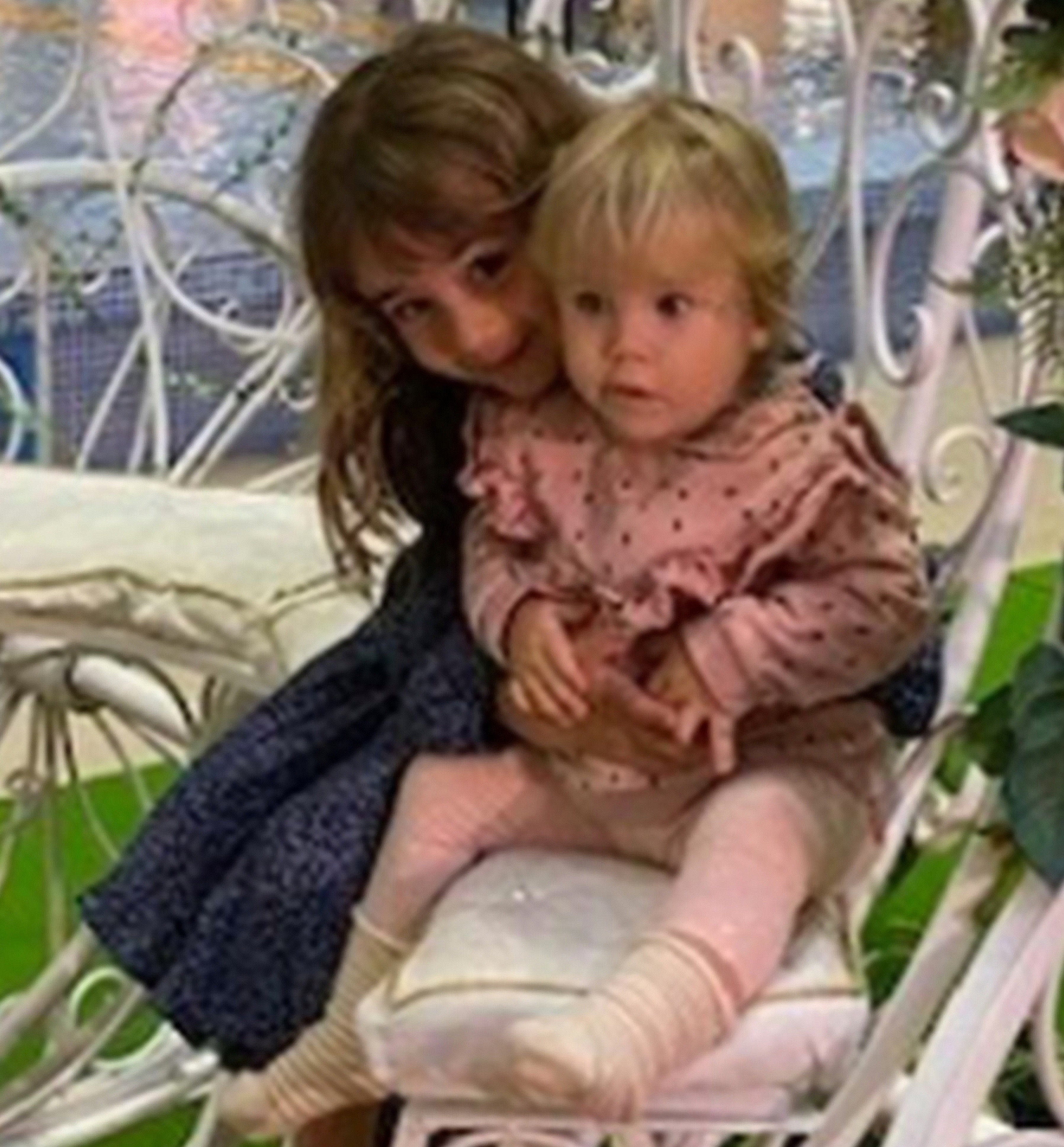 The dad who is accused of kidnapping his daughters made a transfer of €55,000 before fleeing Tenerife with the two girls on a boat.

Now the girl's devastated mum Beatriz Zimmerman has released a video showing the two girls playing, hoping someone will be able to identify them.

The caption reads: "May each kiss of yours be one of HOPE."

It is believed Gimeno might have taken his daughters to the Caribbean or South America, where he has contacts, reports C7.

It has also emerged that Gimeno had left the children’s mum a goodbye note before disappearing.

The girls’ dad is said to have sent WhatsApp messages to their mum, who he separated from some time ago, saying he intended to take them without consent.

One local paper, quoting sources close to the case, said: “The messages the dad sent are undoubtedly farewell messages.” 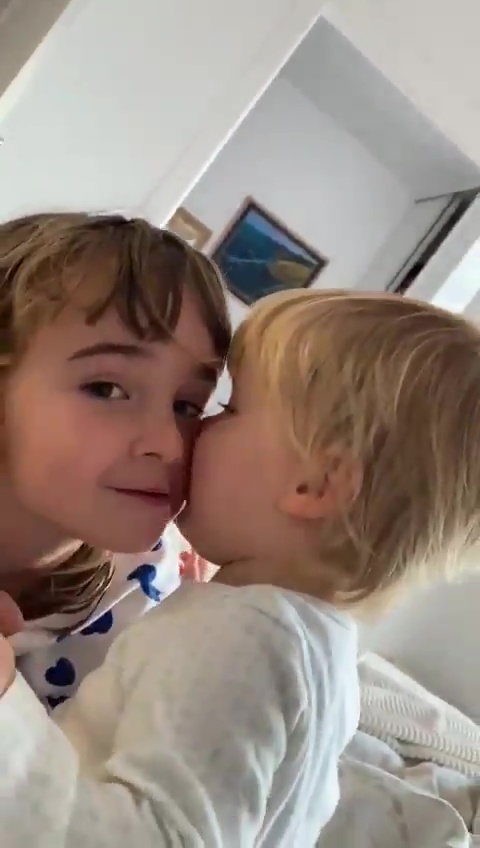 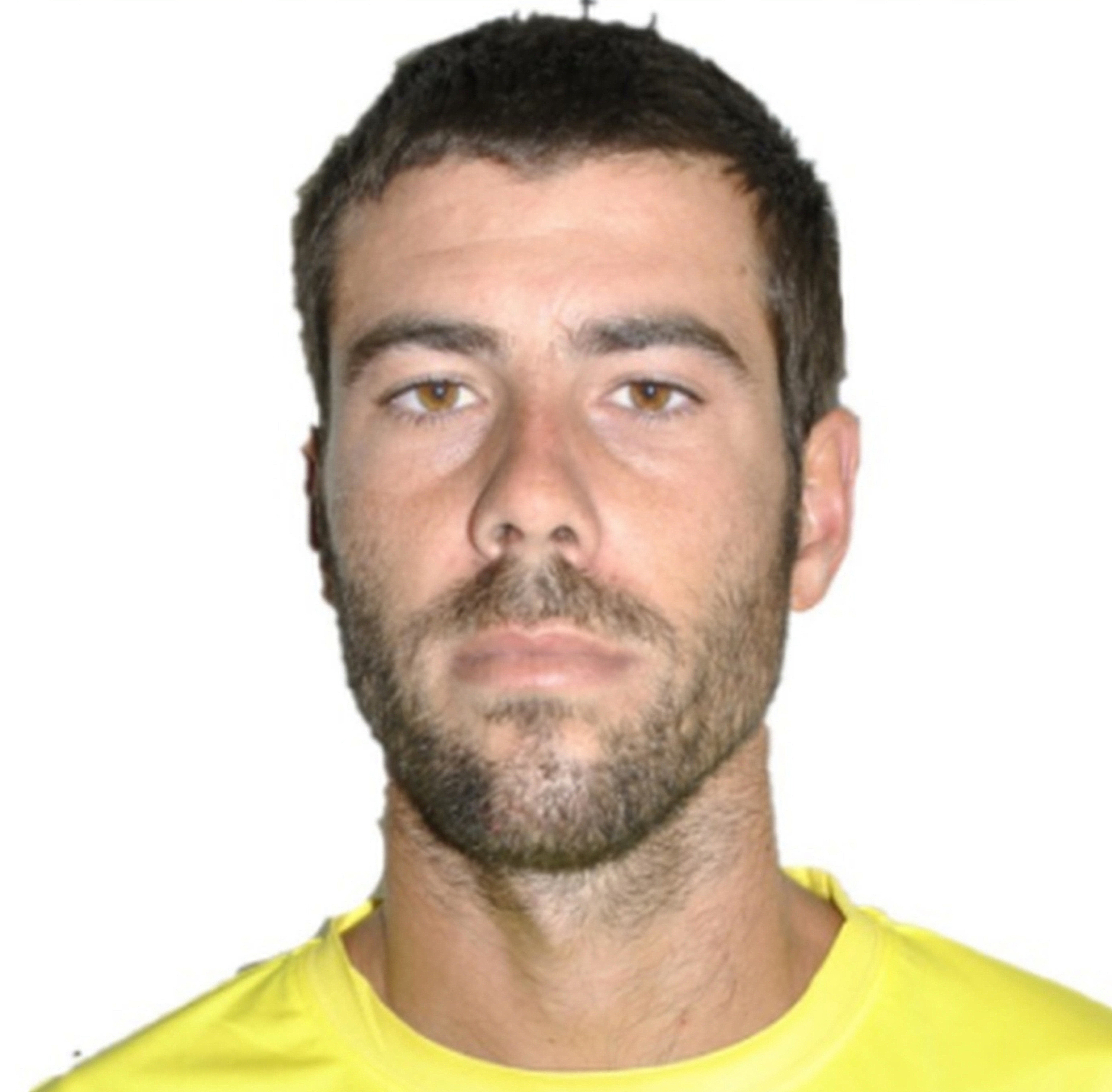 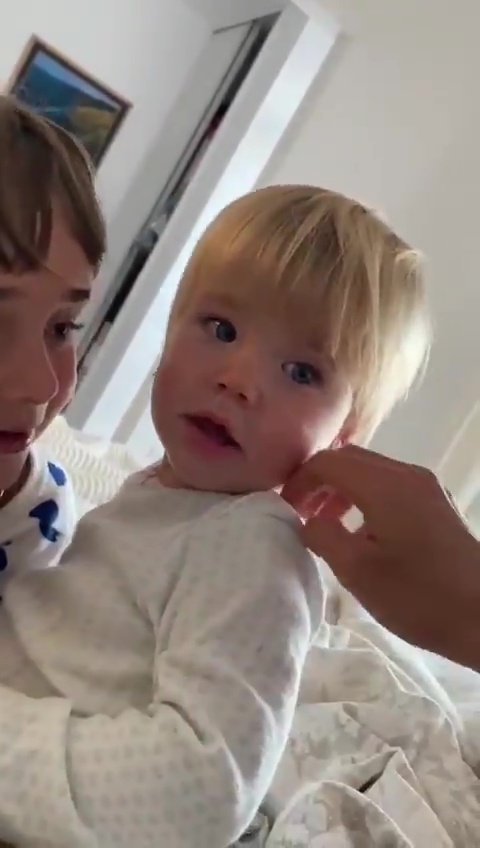 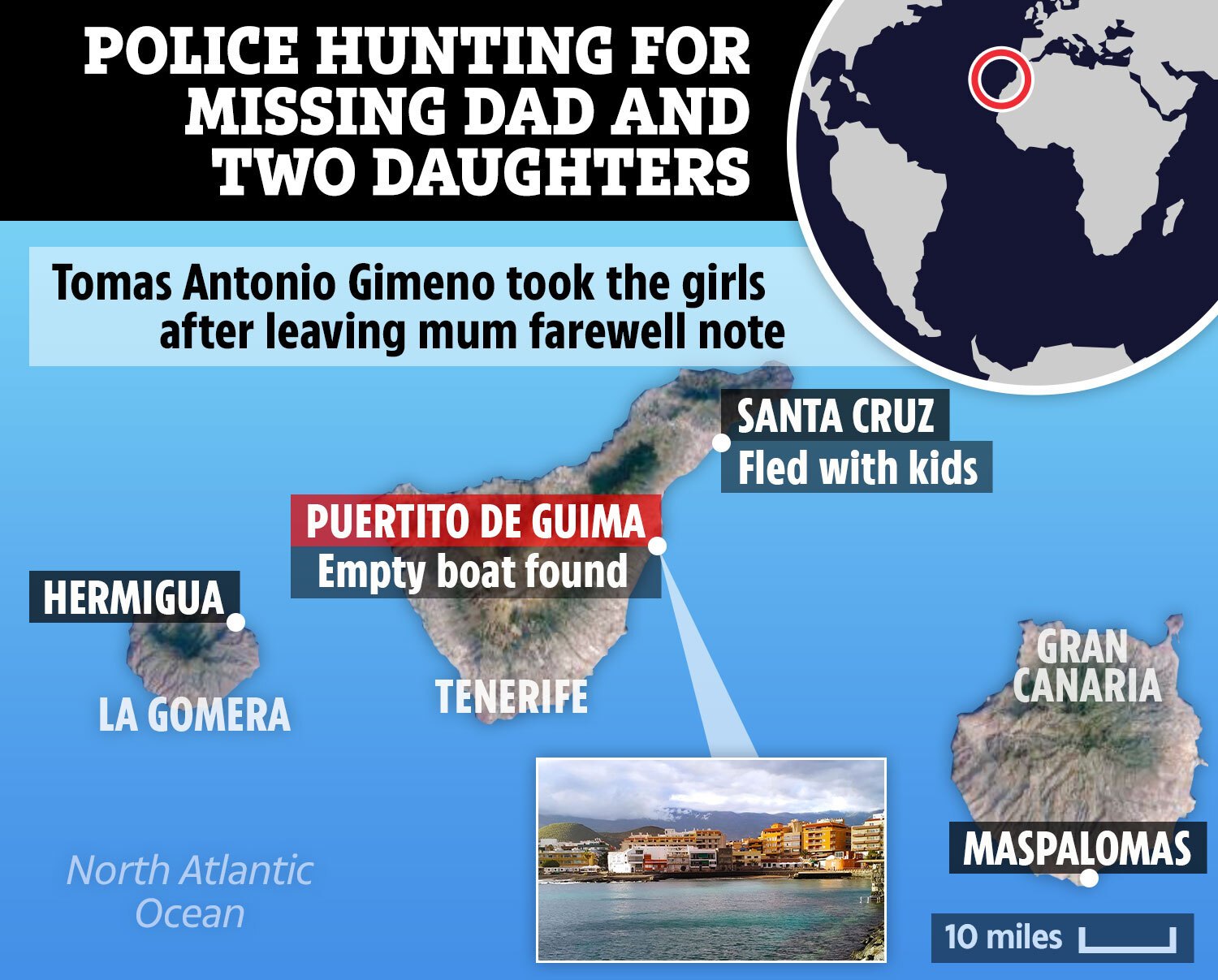 The boat he is believed to have taken out to sea with the children was found last week with no-one on board off Puertito de Guimar, just over 10 miles south of Santa Cruz.

On Monday it was confirmed that blood that was found on the boat was not of any of the two girls, according to RTVC.

The search continues for the missing trio and has been extended to the south-west of Tenerife.

On Monday officers from the Civil Guard conducted a second search of Gimeno’s home in Igueste de Candelaria in the east part of the island, reports El Pais.

The outlet reports that according to Efe, investigators are considering the possibility the dad had some help by one or more people to carry out his plan of kidnapping the girls.

According to a police report, Gimeno told Zimmerman during their last phone chat that "he is going somewhere far away and she will not see the girls again." 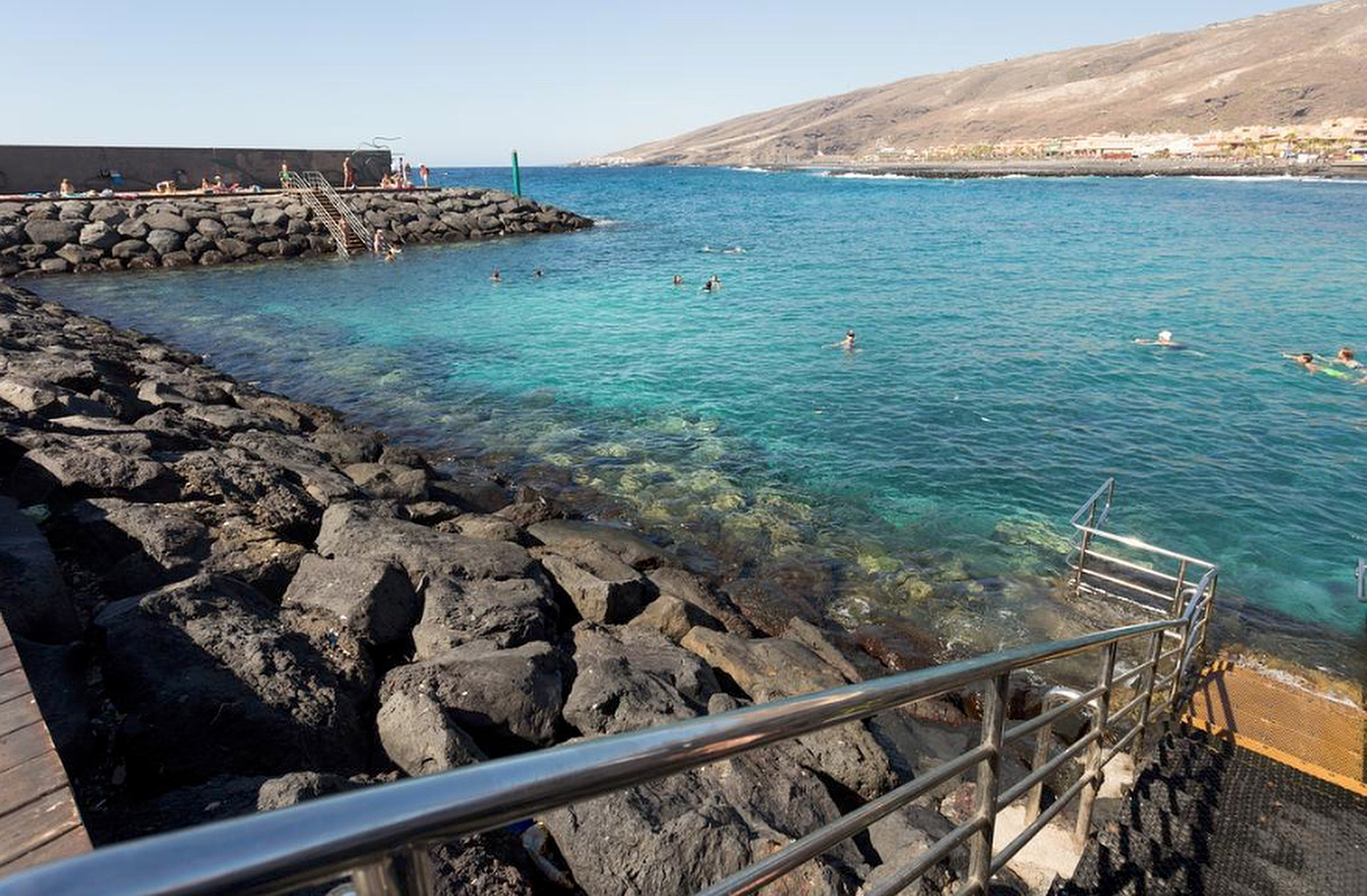 The dad was last seen in the local marina last Tuesday, where he was spotted carrying bags and suitcases from his car to his boat.

Yesterday the Government delegate in the Canary Islands, Anselmo Pestana, asked for the citizens' help to locate the missing girls saying "the more evidence the better."

"We know the level of suffering they can have when their two girls disappear," said Pestana, and added that the investigation team is "very committed."