London: Winston Marshall, a founding member of folk-rock group Mumford & Sons, announced that is leaving the band so that he can “speak freely” about political issues.

Marshall took a break from the band in March after sparking a social media storm by tweeting admiration for Unmasked, a book by American right-wing writer-activist Andy Ngo that attacked far-left militant groups collectively known as antifa. 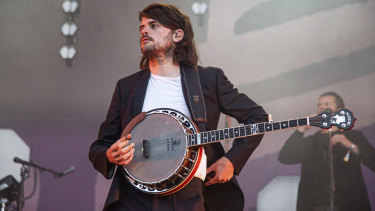 Marshall was accused online of endorsing the far right, but said on Thursday that “nothing could be further from the truth. I condemn unequivocally all political extremism, be it of the Right or Left.”

Marshall, who plays guitar and banjo with the group, said his bandmates had “invited me to continue with them,” but he had decided to leave so that he could “speak freely without them suffering the consequences.”

Marshall said that “as long as I am a member of the band, speaking my mind on the evils of political extremism could bring them trouble. My loyalty and love for them cannot permit that.”

Marshall said he plans to undertake new creative projects, “as well as speaking and writing on a variety of issues.”

Earlier this year Marshall co-founded Hong Kong Link Up, a charity that works to integrate Hong Kongers settling in Britain because of increasing political repression in the semi-autonomous Chinese city state.

Formed in London in 2007, Mumford & Sons have had huge success with their jangly folk-rock and won the album of the year Grammy for their 2012 record “Babel.”

“We wish you all the best for the future, Win, and we love you man,” the three other band members — Marcus Mumford, Ben Lovett and Ted Dwane — wrote on Instagram in response to the announcement.