A murderer who stabbed a man to death in a pub row over a game of pool has been pictured grinning in his prison cell just days after he was handed a life sentence.

Kai Nazir knifed Chris West 12 times in the back and chest at a pub in Cambourne, near Cambridge after losing a game of pool to Mr West’s friend Daniel Berryman.

The 20-year-old was handed a minimum 26-year jail term last week after he was convicted of murder but already appears to have got hold of a smuggled mobile phone in prison. 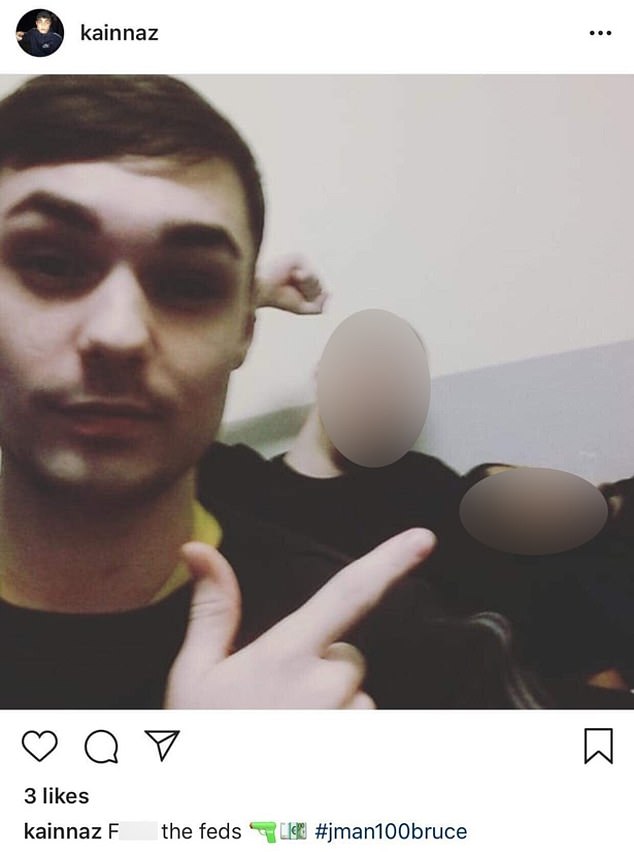 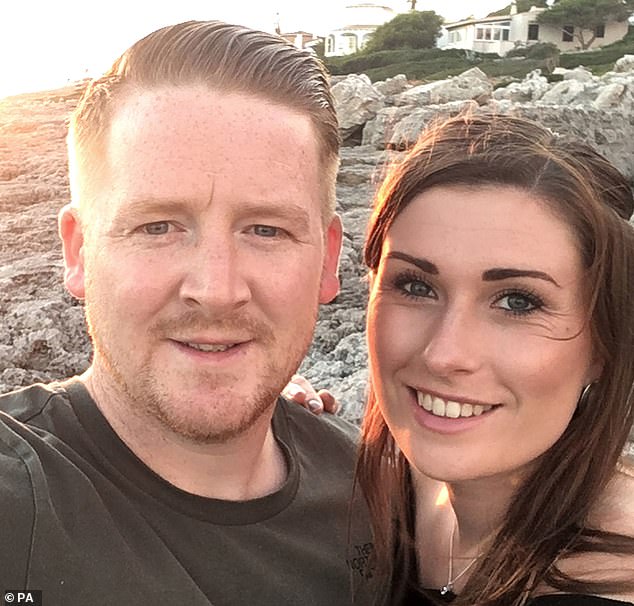 Chris West, pictured with his wife Becky, was stabbed to death after a row over a game of pool

He appears laughing in a video posted on Instagram as he jokes with other inmates in a cell, while another photo is shared with the caption ‘F*** the feds’, slang for the police.

The biography on Nazir’s private social account reads ’20 under lock and key’, while one of his videos is called ‘jail house living’.

The posts were put up last Friday, just four days after he was jailed, according to local news website Cambridgeshire Live.

An HMP Peterborough spokesperson said: ‘Mobile phones are a challenge across the whole prison estate. Our staff at HMP Peterborough work very hard to prevent these items getting into the prison.

‘We have taken appropriate action in the prison and reported this incident to the police.’ 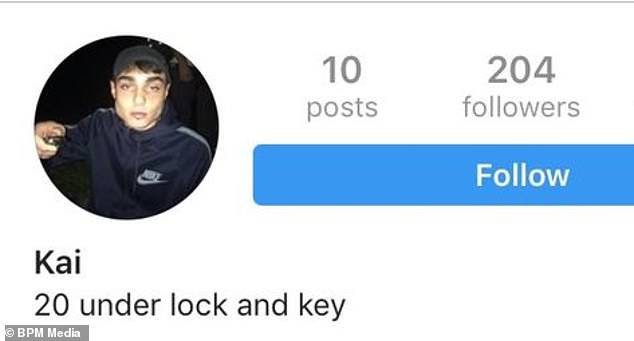 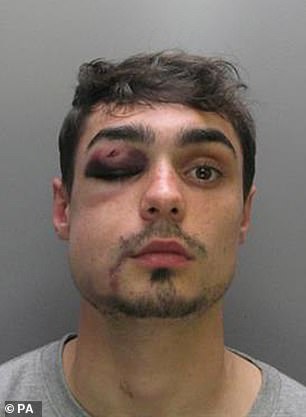 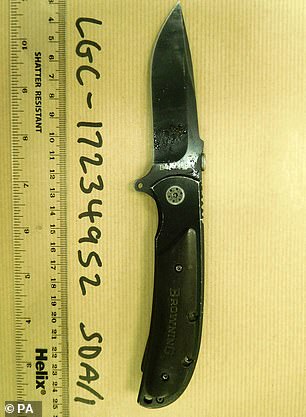 Nazir, left, pictured after his arrest. Police released a photo of the murder weapon

Mr and Mrs West were with friends at the party in the Monkfield Arms pubs in Cambourne, near Cambridge, when Mr Berryman challenged Nazir to a game of pool.

When the teenager lost, he stabbed Mr Berryman, who is in his 20s, before being restrained by his victim’s friends.

Mobile phones are not allowed in prisons, but authorities have fought running battles with inmates trying to smuggle them in.