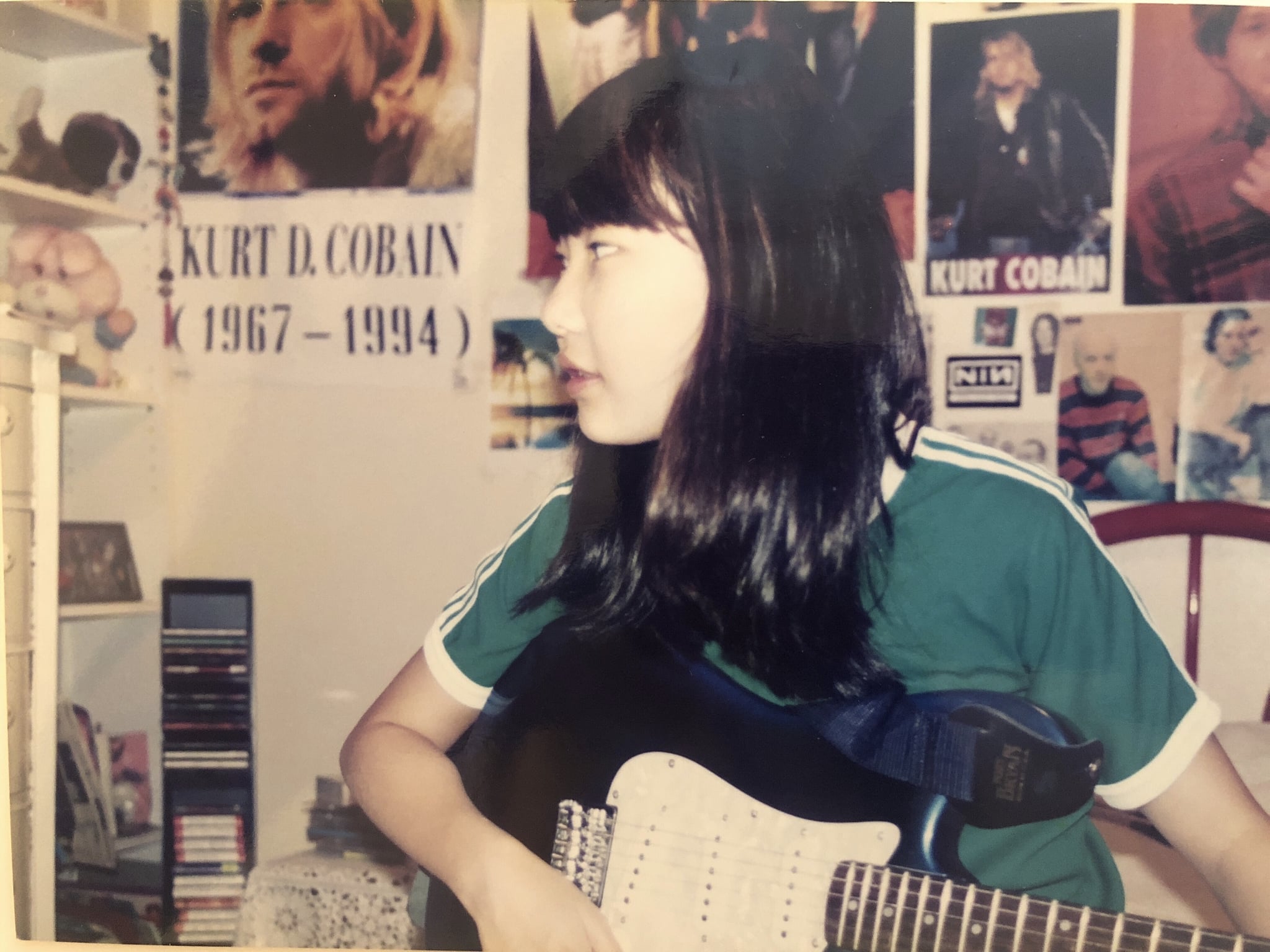 Picture this: It’s 1995, and you’re rocking out to your favorite album: Aerosmith’s compilation Big Ones. You turn up the volume on your Walkman, throw on a pair of fake Ray-Bans from the mall, grab a mini bag of Cheetos, and head out the door for your first pool day of the Summer. Life is good. After listening to “Cryin’,” “Amazing,” and “Crazy” on repeat, punctuated by the soothing sounds of Cheeto crunch, you arrive at your local public pool. You plunk down $60 for a season pass, fill out a form, and wait for your Summer to officially begin. But then your perfect mood dissipates in a shrill flash. ” . . . King Lu?”

My Chinese name is Qing. It’s a Chinese word that has no direct English equivalent; it’s an adjective that combines “green” and “fresh.” You could describe grass as “qing,” or use the phrase “qing nian (year)” to mean “youth.” My full name, Qing Lu (Lu Qing in China), means something to the effect of “green, fresh road” (although I recently learned that the real reason my mom chose Qing was to pay homage to a college friend who had saved her life).

But the definition of my name is not the tricky part. It’s the pronunciation that has evaded nearly every new friend, teacher, and customer support representative I’ve encountered.

Qing is pronounced “Ching.” Understandably, that’s not exactly intuitive for most of the American population, at least not in suburban Pittsburgh, where I grew up. Most people who meet me will take a wild stab at pronouncing my name. About 60 percent of the time, they’ll guess “Queen,” with another 30 percent going with “King,” as if I were a deck of cards in a magic trick. Then there’s the 10 percent who just don’t even bother. In my entire life, I can only think of one instance where a person I met knew how a Chinese “q” is pronounced.

“Ching chang walla walla bing bang!” was a common jingle that followed me around as a kid. Cute, right? Nope. I hated having a name that a) nobody could pronounce and b) was easy to turn into mock-Chinese. So, by the time I was 11, I was ready for a change.

If you observe the naming practices of Chinese people living in the US, you might have noticed some head-scratchers, like Sweetie, Glory, or even iPhone. According to Lindsay Jernigan, who started bestenglishname.com to help Chinese people choose English names, that’s because the naming culture in China is vastly different than in the States. Chinese names are often the same as regular words. Hence, the Victorys, Moneys, and Octopuses.

I, however, devised my own personal naming practice.

Growing up, the closest thing I had to adult supervision was MTV. My dad was pursuing a PhD in economics, which meant locking himself up and studying nonstop for 16 hours a day, every day. My mom worked as a housekeeper by day and waitressed at a local Chinese restaurant by night (she is now a VP and CEO of an American company, but her embodiment of the American Dream is meant for another story) just to put food on our table. That meant endless hours of unsupervised alone time for me. And like any good babysitter, MTV was my most constant companion, kept me out of trouble, and taught me aspects of the world that were perhaps a bit ahead of my time.

The first time I saw Alicia Silverstone in the video for “Cryin’,” something inside of me unlocked. Looking back, I’m pretty sure it was the very first layer of my womanhood prematurely peeking through, eager to see the world after observing this goddess exact revenge on her cheating boyfriend — how fine was Stephen Dorff back then, by the way? — and take down a thief with her badass kung-fu kick.

A few months later, the video for “Amazing” came out, and I was thrilled to see Silverstone back in action, this time riding through the desert on a motorcycle with yet another stud, Jason London (Aerosmith really had impeccable taste with its casting choices). Just like in the “Cryin'” video, Silverstone had that elusive seductive quality that made me eager to leave girlhood behind. With just the slightest curl of her lip, she could bring a grown man to his knees.

And just when I thought 1993 couldn’t be topped in terms of music videos, Aerosmith released the third video of the Silverstone trio, “Crazy,” the following year. “Crazy” costarred Steven Tyler’s own daughter Liv Tyler as Silverstone’s rebel friend. Together, the two break out of private school in a convertible and go on a rampage of shockingly deviant behavior that most definitely informed my developing moral compass at this very formative time in my life.

Watching these videos on repeat from ages 9 to 11 shaped the type of woman I wanted to grow into: a free-spirited, self-reliant nonconformist with a penchant for getting in trouble but the savvy to escape unscathed. Maybe I couldn’t articulate it in such terms back then, but that was the general gist of what I aspired to be.

On July 19, 1995, the movie Clueless was released in theaters nationwide. Along with thousands of other preteen and teenage girls, I practically sprinted to my local AMC to watch my favorite actress on the big screen for the first time. In the movie, Silverstone plays a wealthy, popular high school student named Cher Horowitz who selflessly — if sometimes misguidedly — tries to help improve the lives of those around her. She’s as known for her visionary fashion as she is for her witty catchphrases, many of which are now part of our current vernacular — we have Clueless to thank for “as if!,” “I’m Audi,” and the “whatever” hand gesture. Cher is at once endearingly naive (or “adorably clueless,” as she would say) and cunningly shrewd (she’s able to “argue her way” from a C+ to an A-). She’s popular but kind. The only peers getting bullied on her watch are the bullies (I’m looking at you, Amber).

If Silverstone’s Aerosmith persona pushed me toward a path of misbehavior, then Cher reined me back onto a course of good conduct.

As Cher, Silverstone created a timeless cultural icon, as beloved 20 years ago as she is today. It may not have won any Academy Awards, but in my opinion, Clueless deserves its own place in the film canon. At the very least, it has a permanent place in my life history. 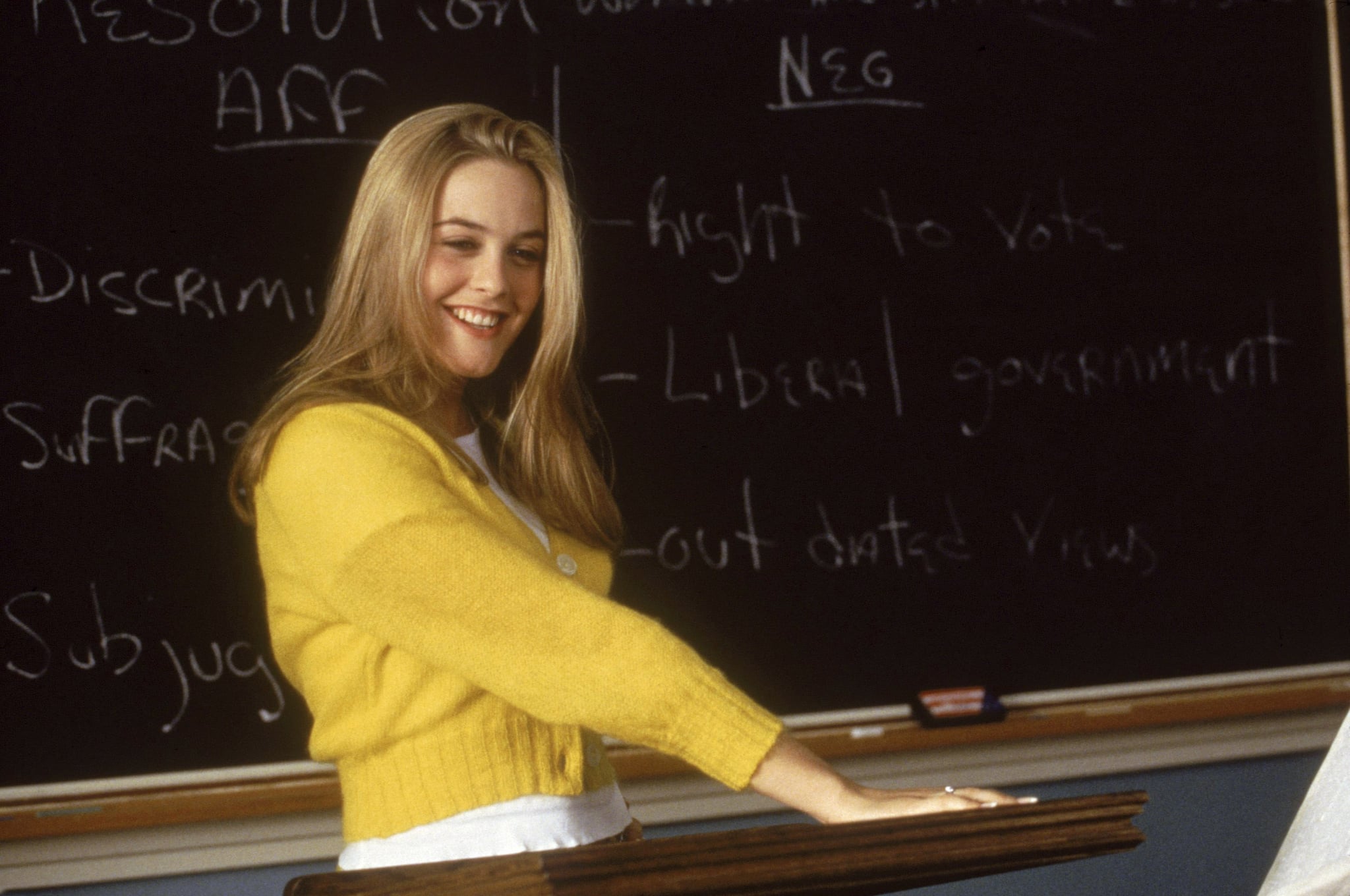 The Summer of ’95 was my last Summer before entering middle school, an entirely new institution with entirely new faces. The vast majority of students wouldn’t know me. I could start over. So I asked my parents if I could choose an American name for myself. They shrugged and said, “Sure, go ahead.”

As if you couldn’t see this coming for paragraphs now, I chose the name Alicia, still giddy from my Clueless high. But not wanting to be too much of a fangirl, I chose to pronounce my name A-lee-sha instead of A-lee-see-ah, à la Silverstone, lest I face a whole new chapter of mispronunciations (wouldn’t that be ironic?). But my name choice was, without a doubt, an affectionate homage to my favorite actress.

What I didn’t grasp back then, however, was the danger of looking up to someone who did not represent me culturally or ethnically. While other girls could see a piece of themselves in actresses like Silverstone, I knew that I could never actually live the same life, every time I looked in the mirror. But while race is intrinsic in shaping our life experiences, the qualities she embodied — kindness, independence, ingenuity — transcended hair color, culture, and even racial identity. Silverstone represented far more to me than any sense of otherness stemming from her whiteness.

Whenever I tell people this story, the thing that surprises them the most is not who I named myself after but the fact that I renamed myself to begin with, a rightfully foreign concept for nonforeigners. Some have criticized me — also, rightfully — for abandoning my Chinese heritage. I’ve given this considerable thought, and this is what I’ve realized: when a child grows up in an environment that constantly reminds her that she’s “other,” she will naturally try to adapt to survive, and sometimes that means shedding aspects of her own identity or assuming aspects of another. This might sound tragic, but my childhood was anything but. Even if I sometimes felt forced to suppress my Chinese roots in order to fit in, I found immeasurable joy in the big, wide world that was American pop culture.

Here’s the thing: culture is not a zero-sum game. The American influence and traits I gained did not replace my Chinese heritage.

Even though I spent the last 23 years of my life as Alicia, I feel closer to Qing now more than ever. For me, that closeness formed as I matured and gained a more comprehensive understanding of my cultural and ethnic identity. It’s unfortunate, but I wasn’t ready to appreciate or accept Qing when I was a kid. I wasn’t self-assured enough to look the challenges in the eye and stand my ground. And by the time I was, I was already Alicia.

It’s worth noting that I never changed my name legally, so I still put “Qing” down on all my legal forms, and I even use it informally as my middle name. These days I’m a lot less irritated when someone mispronounces it because now I understand that, hey, it’s a tough name to pronounce! Hell, I may even empathize.

Once in a while I’ll feel bittersweet about the decision I made so many years ago, but does that mean I regret it? Not at all. Sure, I’ll never know what type of woman I could have become if I had been Qing my whole life, but I know the woman I did become, and she’s not too far from the one my namesake portrayed and inspired me to be. I guess it must be an Alicia thing.