Officers broke into a locked house in the town of Carnarvon, 900 kilometres north of Perth, about 1am WA time where they found the young girl in one of the rooms. 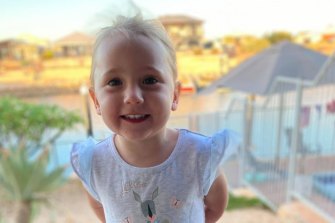 Cleo was reunited with her parents shortly after.