The ancient heads were on display at St Leonard’s Church in Hythe, Kent, which has the largest and best preserved collection of old human bones and skulls in Britain. 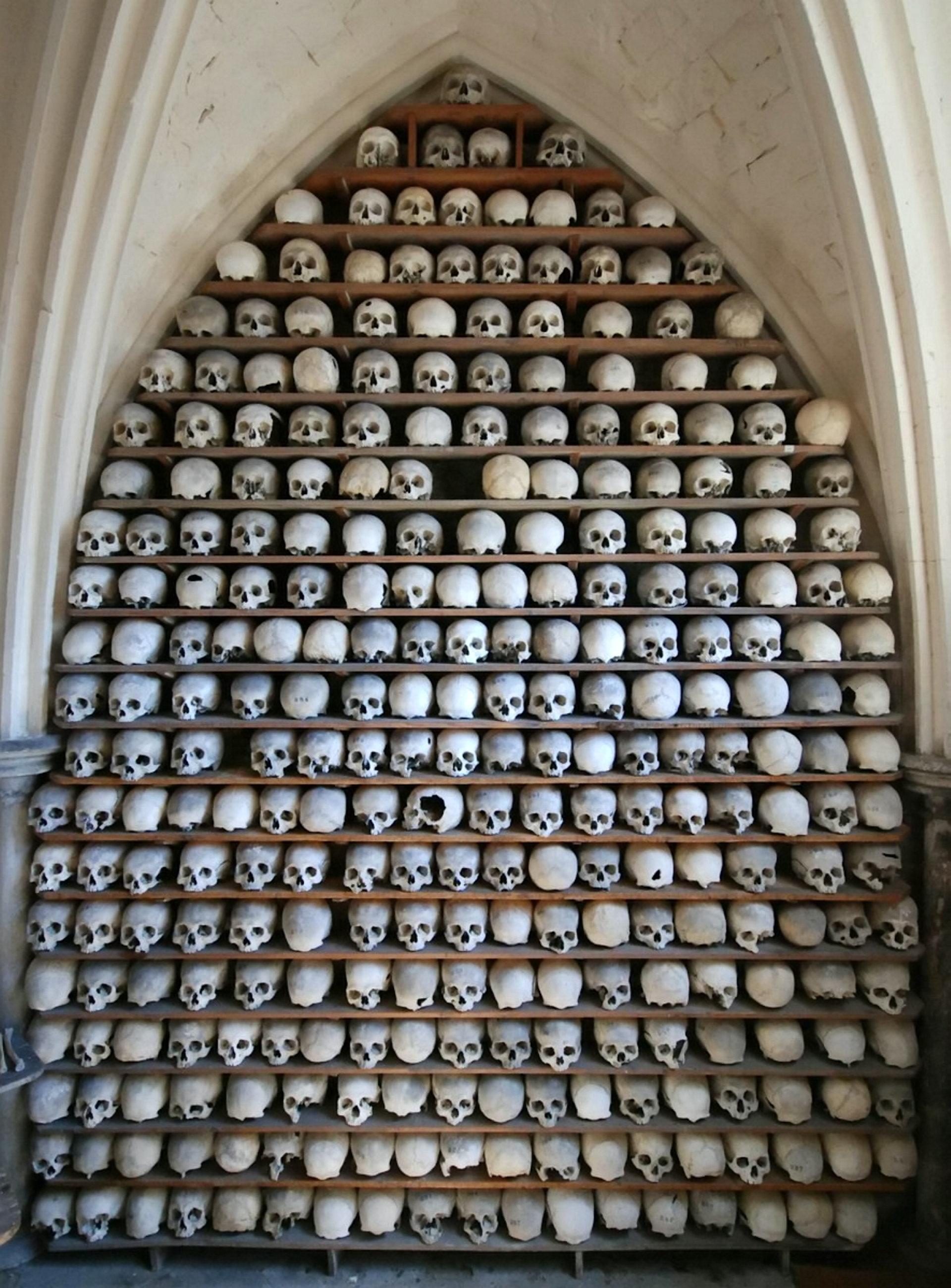 The ossuary – a special room for old bones – has more than 1,000 arranged on shelves in four arched bays with one single stack of bones reaching more than 1.8m in height.

But police have been left scratching their heads after 21 skulls were nabbed from the crypt between 4pm on Sunday July 15 and 10.40am the following day.

A door to the church was found damaged following the raid and cops are now appealing for information so the heads can be returned to their rightful home.

Inspector Maxine Harris said: ‘We recognise this is perhaps an unusual theft, but these skulls were not free for the taking. 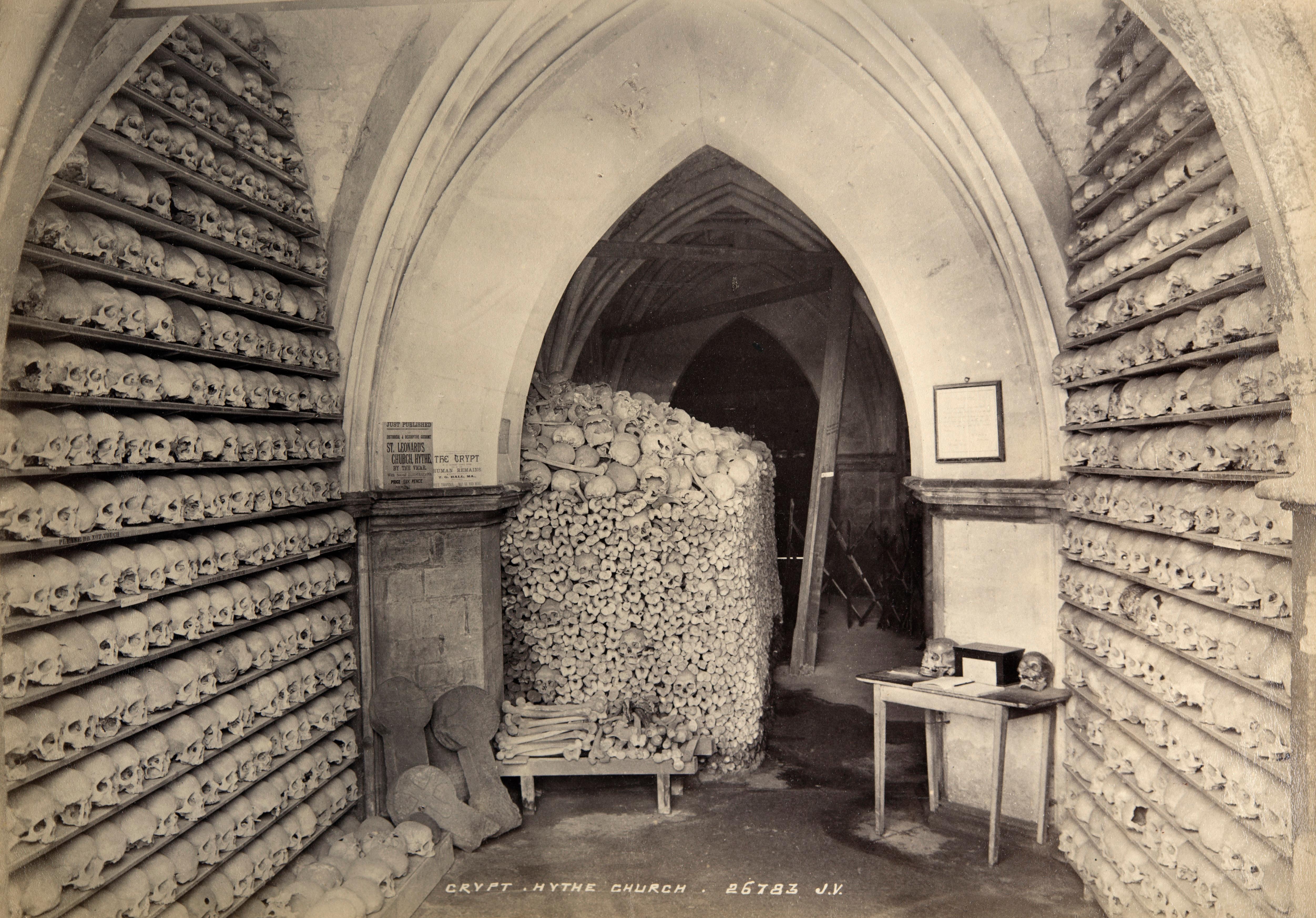 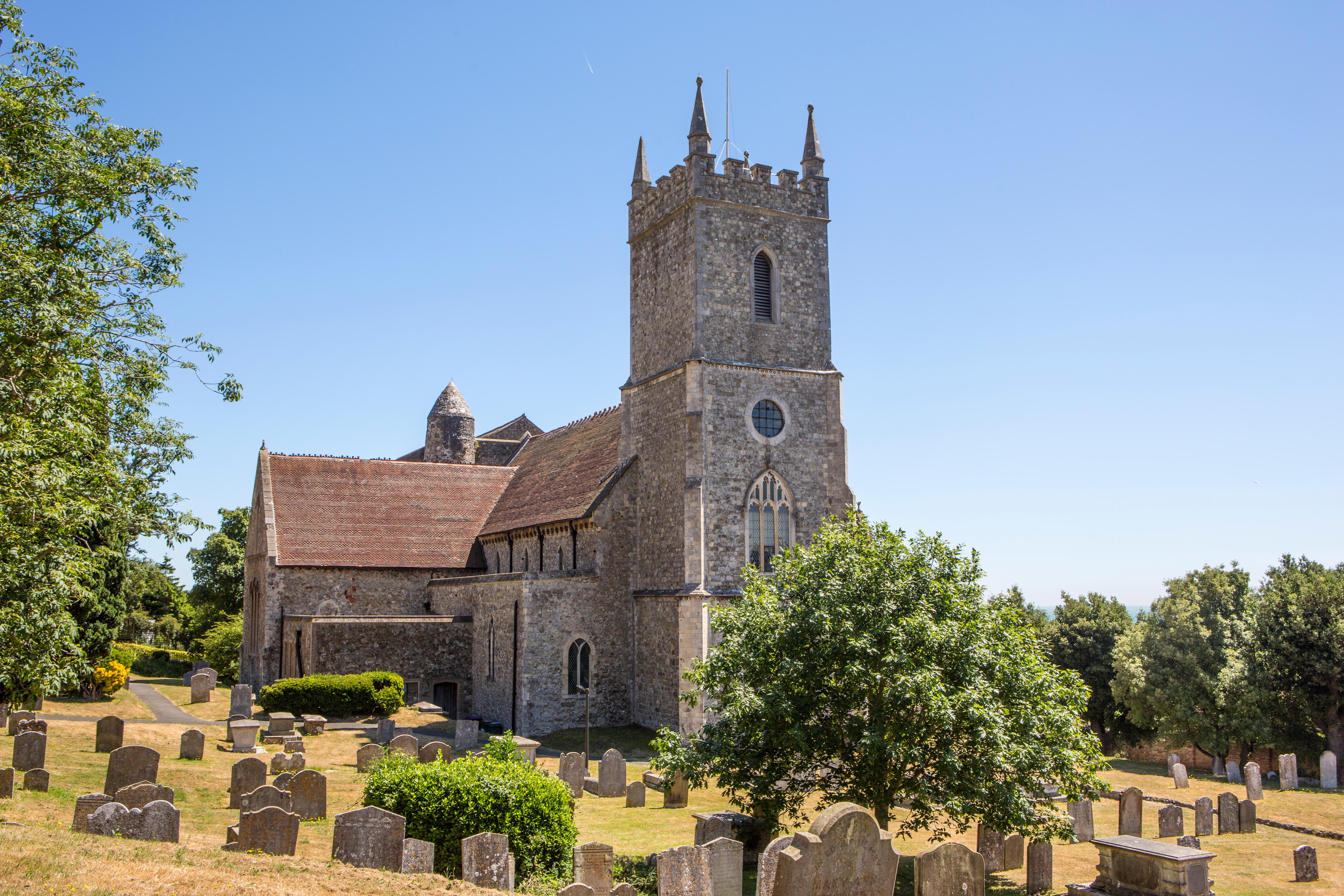 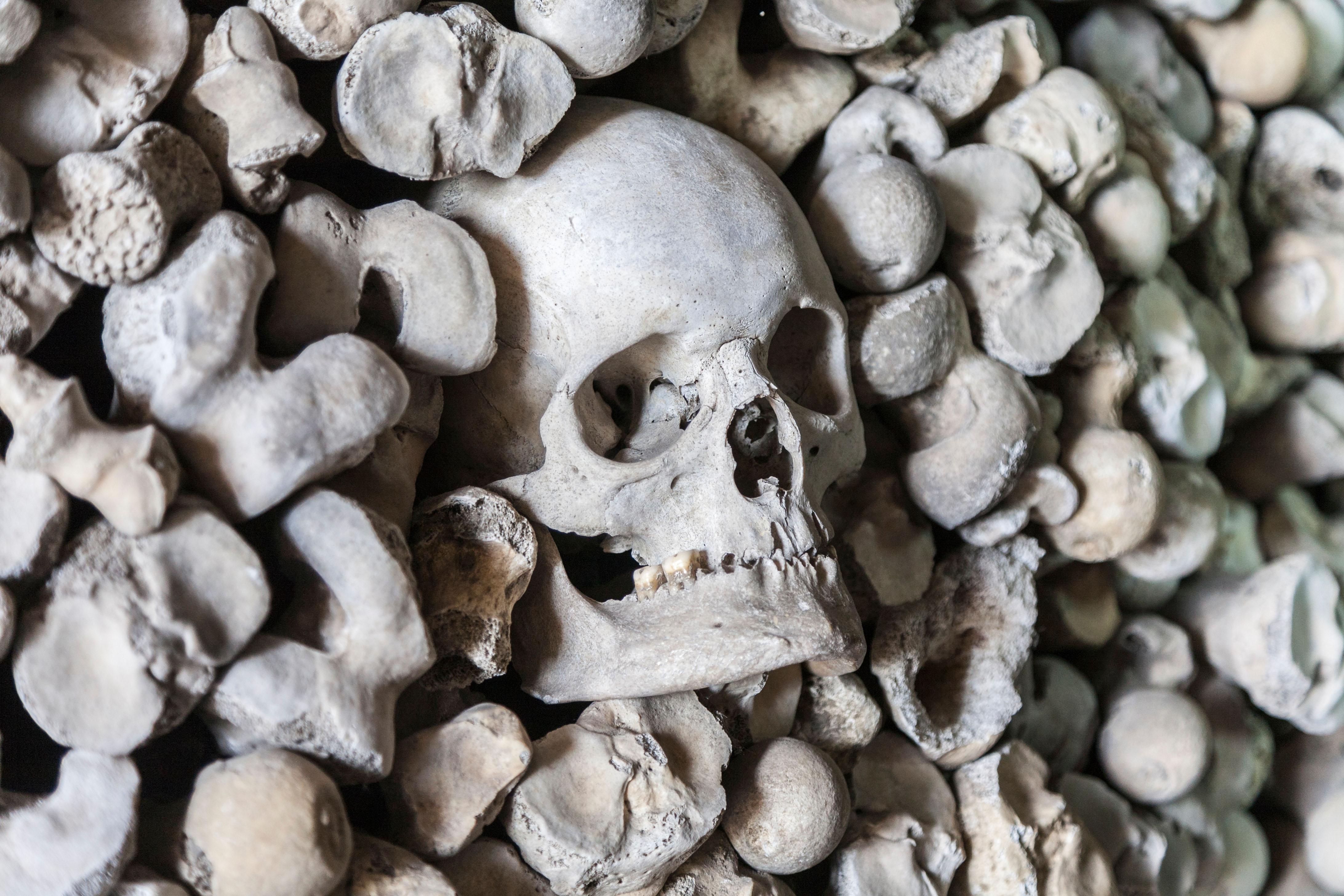 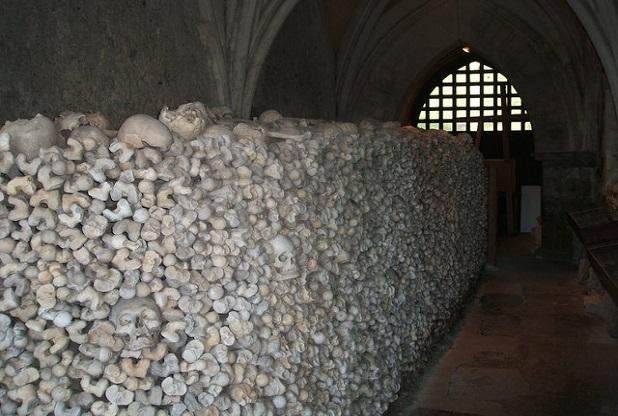 “They are part of an important collection, and we are keen to see them back in their rightful place in the crypt.

“We would like to hear from anyone who saw anything suspicious in the area at the time of the burglary.

“Also we ask people to get in touch if they have seen these skulls offered for sale.”

The mystery stretches back over eight centuries with dozens of theories put forward by locals and scientists.

One says they are the remains of Danish pirates slain in battle.

Another claims they were men who fell at the Battle Of Hastings.

It has also been suggested that they are plague victims or Anglo-Saxon warriors.

But only a tiny proportion of the remains show any signs of injuries associated with the battlefield.

It’s now commonly believed the collection’s origins are from the 13th century when the church’s graveyard was dug up to make way for an extension.

It’s also thought to include bones from four other graveyards in the local area that were closed by 1500.

No accurate dating of the bones has ever taken place due to lack of available funds – but police believe those stolen could date back 700 years. 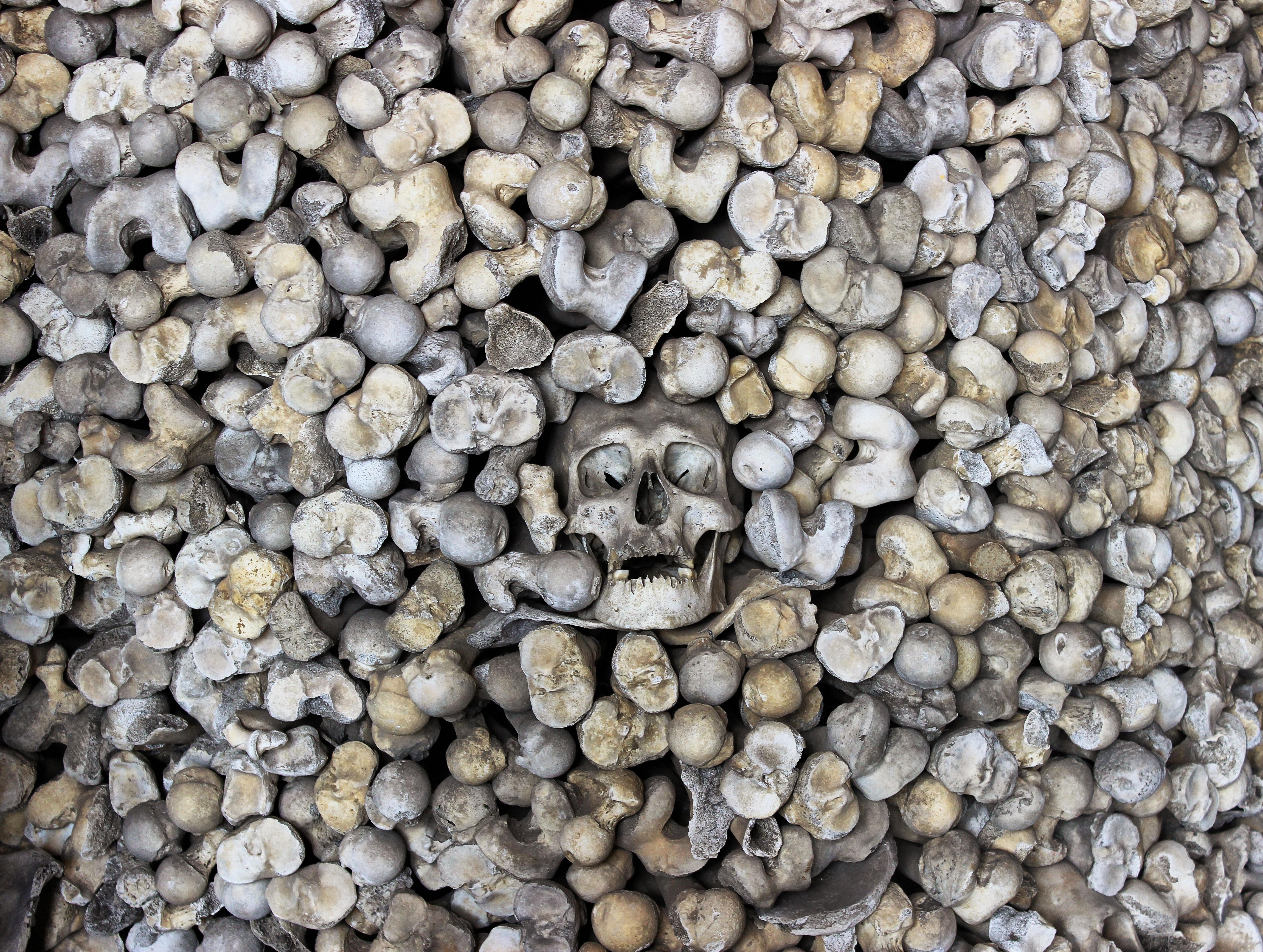 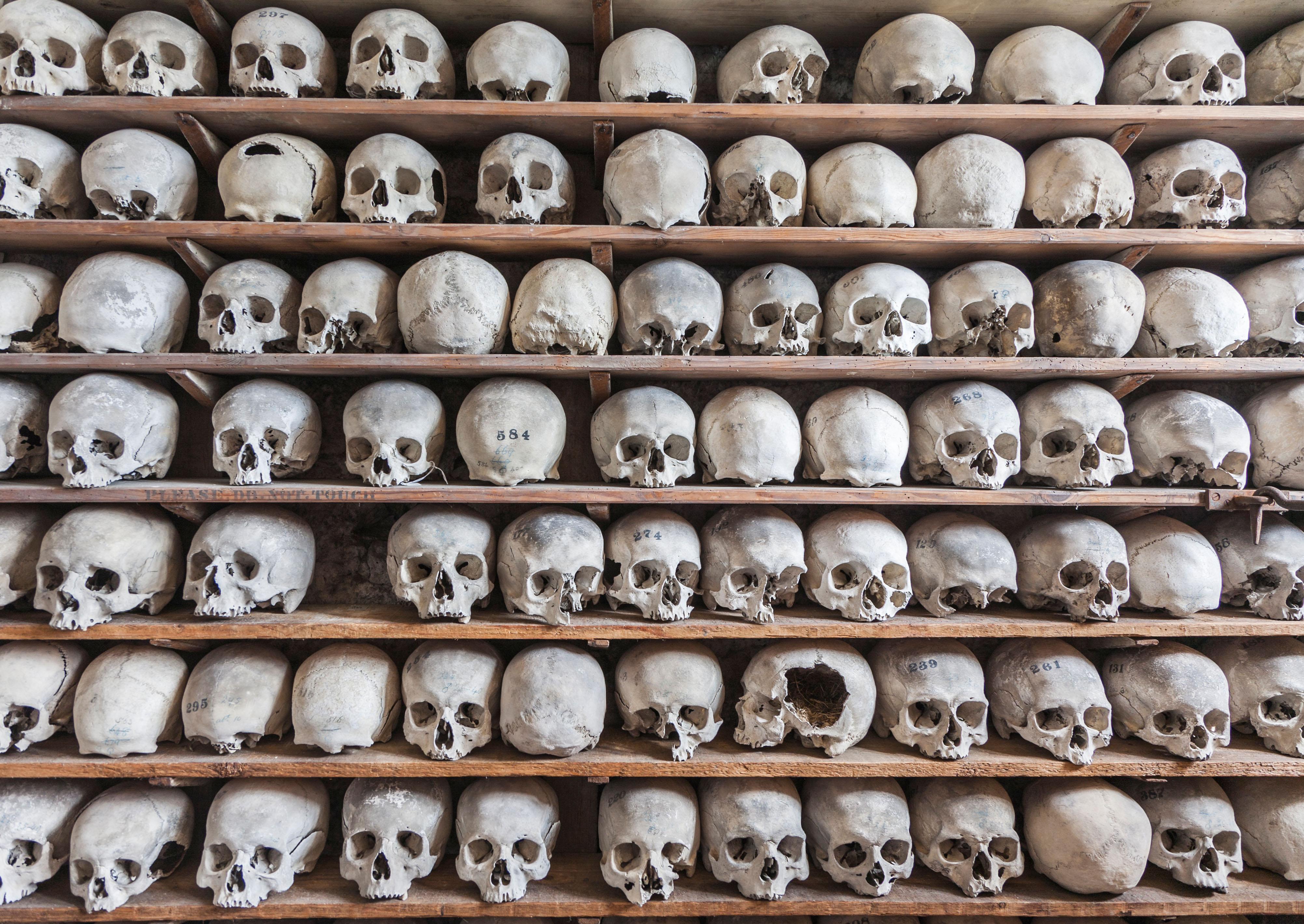 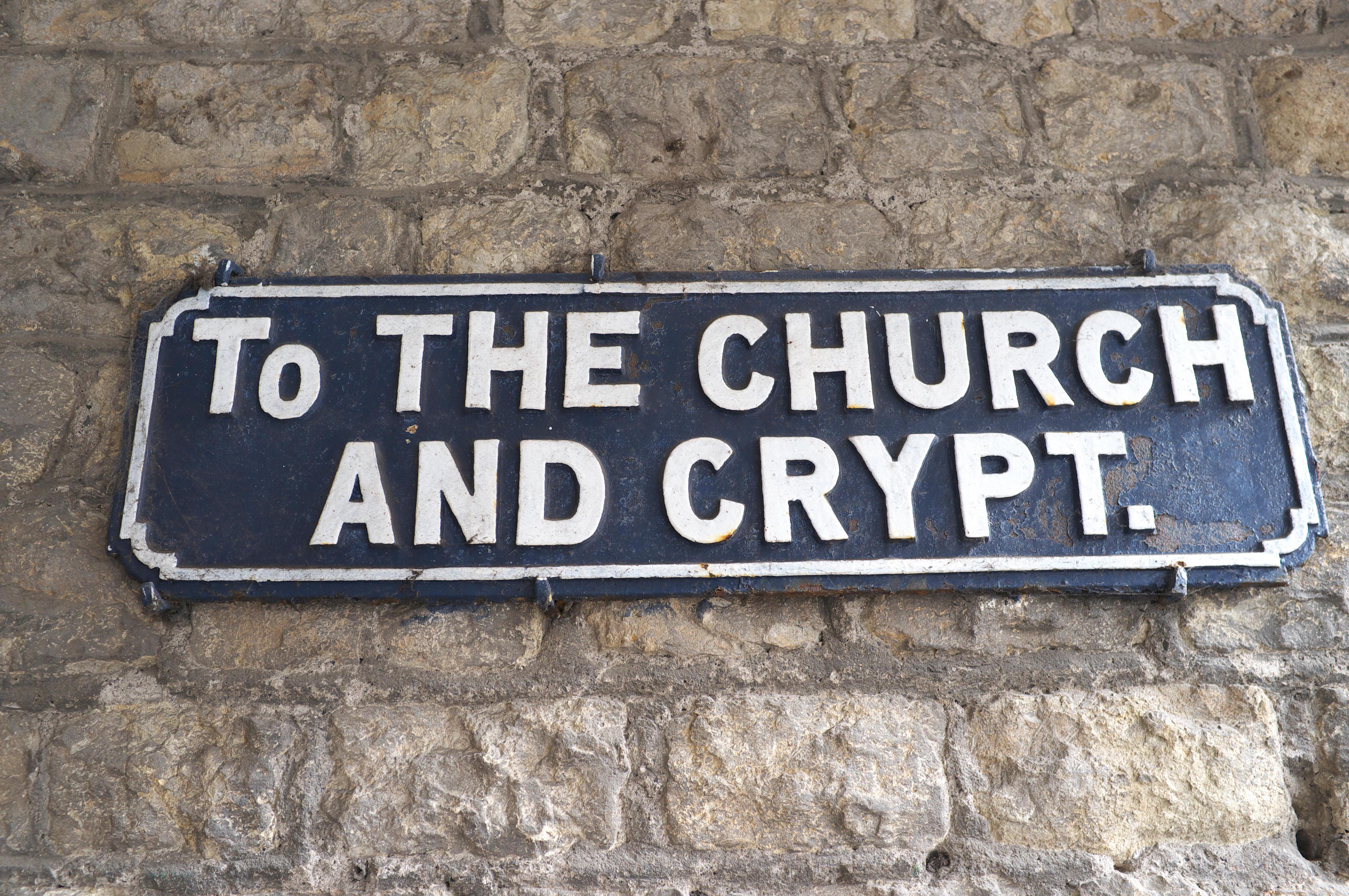 It is believed the skulls are around 700 years old and one theory behind the mystery is that they belong to generations of Hythe residents who had been buried in the churchyard.

During the last few years the skulls and bones have been the subject of scientific research using the latest forensic analysis and measurement techniques.

The results have helped provide historians with new knowledge about the lifestyle and cause of death of our ancient ancestors.

Revd Andrew Sweeney, Priest-in-Charge at St Leonard’s, added: “Each skull represents the mortal remains of a human being who deserves to rest in peace.

“This crime is shocking and unsettling for those in our community and we are grateful to the police for their help in this matter.”

Alternatively, you can contact the independent charity Crimestoppers in Kent anonymously on 0800 555 111.