A STRANGE TikTok video appears to show a dog walker stumbling across "mummified remains" at Los Angeles' oldest graveyard after finding a mysterious box stashed inside a tree.

The man who uploaded the clip, who goes by the username Tarpit, said he made the discovery while walking in the Evergreen Memorial Park and Cemetery last week, which was established in 1877. 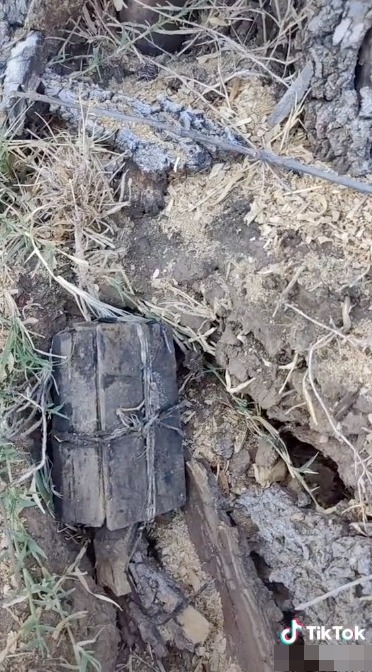 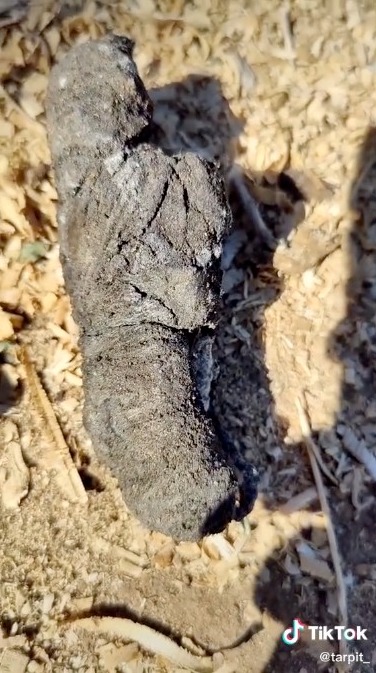 "Look what I found, okay so they felled this tree in the graveyard," the man is heard saying in the video. "I'm here picking up sticks and woodchips to burn in my kiln. This is the oldest graveyard in L.A."

Tarpit then zooms in on the base of the tree stump, pointing towards a small hole where what appears to be a wooden box tied together with string is seen laying.

The box appears to be incredibly old and barely holding together after years of decay.

"What is this?" he asks as he begins untying the string and opening the box.

"No part two we're opening this right now," he adds. "I can see something in there but it looks kind of gross. It's all wrapped up, is that a mummy?"

Inside the box is a very small figure that appears to have been tightly wrapped in cloth or string.

It's unclear precisely what the object was. Tarpit pokes at it and turns it over with a stick for a number of seconds before declaring: "Okay I have seen what I needed to see.

"It's something tiny all wrapped up in string," he says. "And we're going to put it back to rest, don't you think?"

Tarpit is then seen haphazardly putting the box back together and covering it with a piece of wood before backing away.

The clip, posted on Saturday, November 27, has since racked up more than 200,000 views and hundreds of comments from concerned viewers suggesting the "mummified remains" may be cursed.

"Great… can't wait to see what curse you unleashed for 2022," wrote Joshua Perans.

A second viewer similarly wrote: "If 2022 goes off the chain, I'm blaming you."

Others claimed the figure may have been a fetus that was either miscarried or aborted.

"People used to do that with babies that were miscarried," Christina Breen wrote. "They would bind them and stick them in trees. Pretty sure that is what you found"

Others suggested the figure may be an old voodoo artifact or potentially a pet buried by its owner decades ago.

"Someone's pet parakeet maybe," one user suggested, prompting Tarpit to respond: "that's what I thought, till someone pointed out that it's hugging [a] tampon."

Some viewers criticized Tarpit for "desecrating" the buried box.

"'We're gonna put it back to rest' places disheveled broken opened box poorly, covers it with a hunk of wood,' wrote Jessica Sulliva.

"You should have done a better job putting it 'back to rest'," chimed a second.

Tarpit responded to the later message: "It never crossed my mind it could be human remains. Letting it get mulched with the stump seemed fitting and fine.

"It seems more proportioned for a doll or a bird, IMO [in my opinion]. But I can totally ho back and we can bury it somewhere it won't get disturbed."

Evergreen Memorial Park and Cemetery has graves dating back to the 1830s and is the final resting place for many of Los Angeles' past mayors, prominent citizens, and pioneers.

The 67-acre cemetery is home to more than 300,000 graves and has areas dedicated to Armenians, Serbs, Chinese-Americans, and hundreds of carnival workers.

The Sun has reached out to the park for comment on Tarpit's discovery. 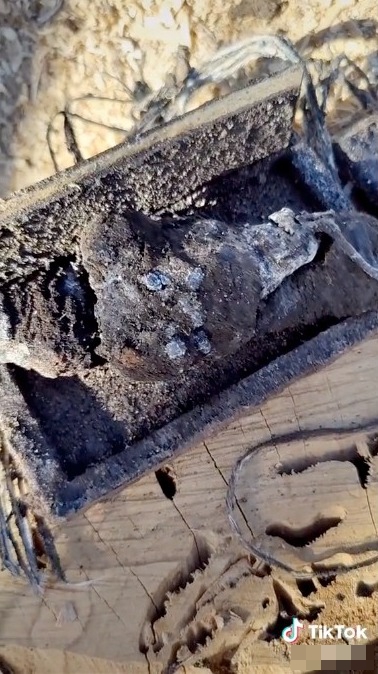 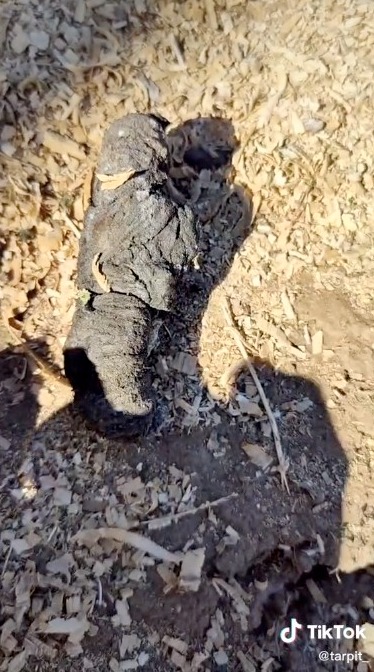 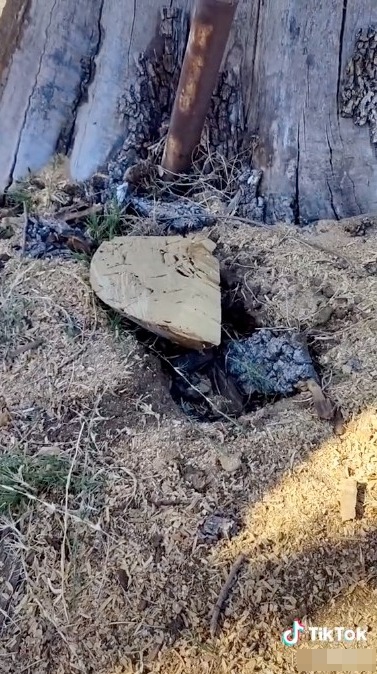