Mystery of missing Dutch cyber-security expert linked to WikiLeaks whose belongings were found in sea off Norway… before his phones were switched on 1,000 miles away

The belongings of a leading Dutch cyber-security expert who went missing in August have been discovered floating in the sea around 30 miles from Bodø, Norway.

This has led to speculation over the fate of Arjen Kamphuis who was last seen in the Arctic Circle after checking out of a hotel in Bodø, with plans to travel to Trondheim by train, which is ten hours away.

Mr Kamphuis, an associate of Wikileaks founder Julian Assange, never boarded the train or the connecting flight to Amsterdam.

A thorough search led by Norwegian police has failed to locate Mr Kamphuis, however a kayak believed to belong to him has been recovered from the sea. 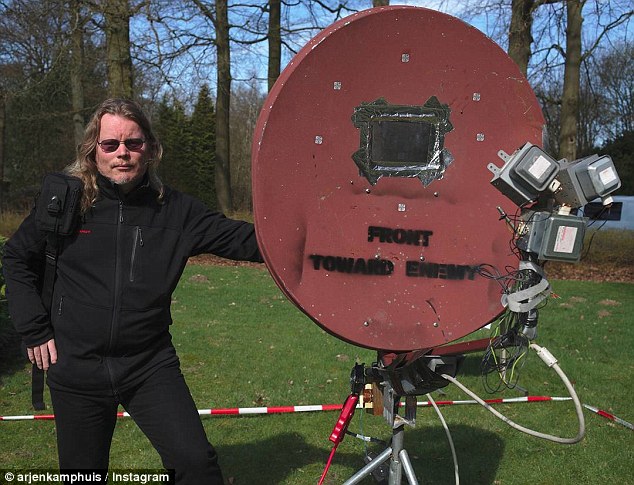 Arjen Kamphuis (pictured) was last seen in the Arctic Circle after checking out of a hotel in Bodø, with plans to travel to Trondheim by train, which is ten hours away (pictured in March 2017)

The following day a fisherman discovered more of Mr Kamphuis’ belongings, including an ID card.

However phone records suggest that ten days after he was spotted exiting the hotel, his work and personal mobile phones were momentarily switched on.

During this time German SIM cards were inserted into the phones more than 1,000 miles away from the northern town, in Vikeså near Stavanger.

Three distinct lines of enquiry are currently being pursued, including a possible suicide, an accident or foul play, according to police. 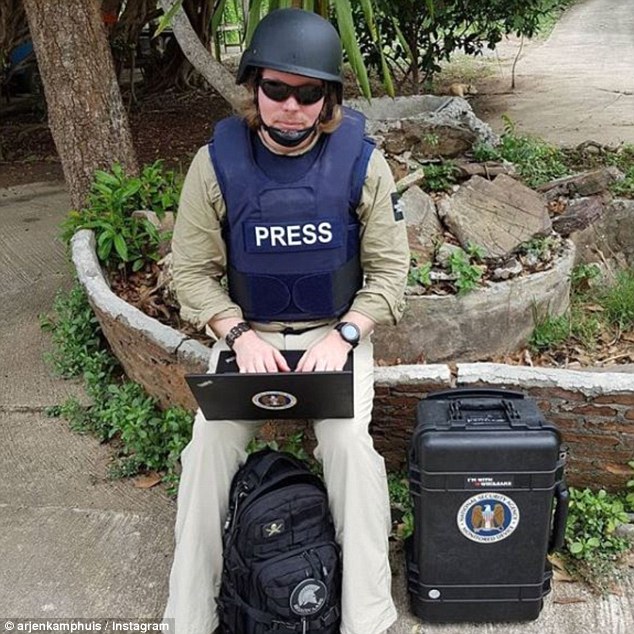 Mr Kamphuis, an associate of Wikileaks founder Julian Assange, never boarded the train or the connecting flight to Amsterdam (pictured in May giving infosecurity training to journalists operating in war zones) 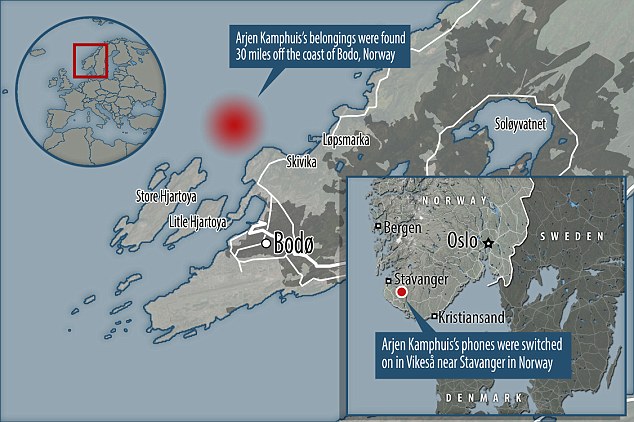 Mr Kampuis’ belongings were found in the sea off Norway… before his phones were switched on 1,000 miles away (pictured)

Amid the rising speculation Wikileaks tweeted: ‘@JulianAssange associate and author of ‘Information Security for Journalists’ @ArjenKamphuis has disappeared.’

Followers of the whistle-blowing site have suggested that Mr Kamphuis, a campaigner for online privacy rights, may have been kidnapped or murdered by the US, British or Russian secret services. 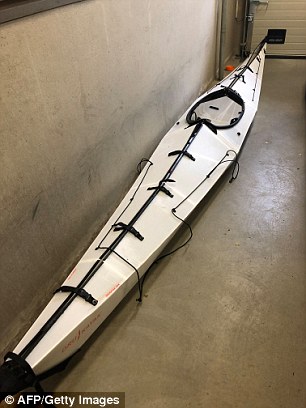 A thorough search led by Norwegian police has failed to locate Mr Kamphuis, however a kayak (pictured) believed to belong to him has been recovered from the sea

Others suggested that he may have gone undercover working for Assange on a secret mission.

Police have denied a link between his disappearance and a nearby military base which accommodates a major part of the country’s secret cyber defence.

Unconfirmed sightings of Mr Kamphuis have also been reported in Sweden, Denmark, Germany and several parts of Norway, following an internet campaign with the hashtag #FindArjen.

Wikileaks have been accused by those close to the cyber expert of using his disappearance for it’s own benefit.

‘He advised many parties and journalistic organisations on infosecurity. In this light he was also a ‘Reuters associate’.

It has been reported by Dutch media that Mr Kamphuis gave Wikileaks members advice on how to dodge government surveillance. 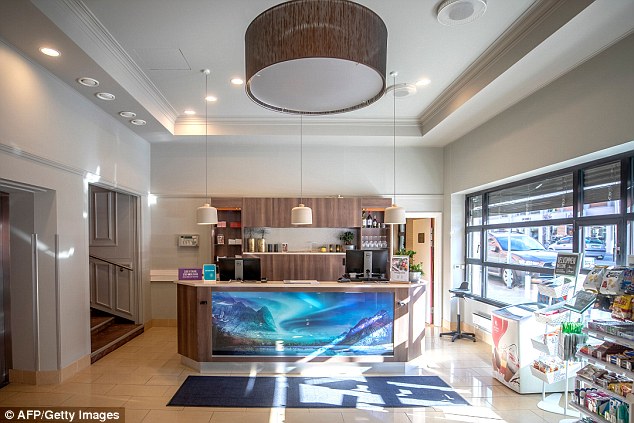 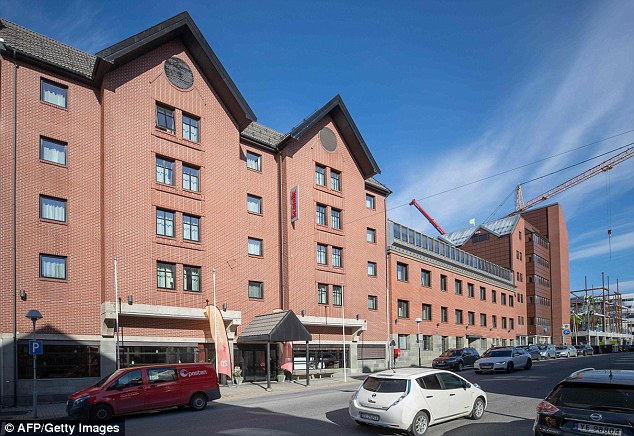 He is also thought to have visited Assange in Ecuador’s London embassy, where he has been living since 2012, because he fears extradition to the US if he leaves the building.

Director of Big Brother Silkie Carlo, tweeted: ‘WikiLeaks might want to make this sound like it’s about them, but it is not … It makes me, and others, feel sick to my stomach to see Arjen being missing/out of contact reported like a WikiLeaks murder mystery.’

Carlo said Mr Kamphuis had ‘gone off grid before. It can be good for the soul. I was worried before, and it is worrying now. But I have strong faith he will come back into the welcoming arms of his friends when he is ready, in his own time’.

Mr Kamphuis bought the foldable kayak before leaving the Netherlands, citing that he was off kayaking in the fjords.

Friends of his suggested that he wouldn’t have ventured into dangerous territory without company as he was no daredevil, his motto being ‘better safe than sorry’. 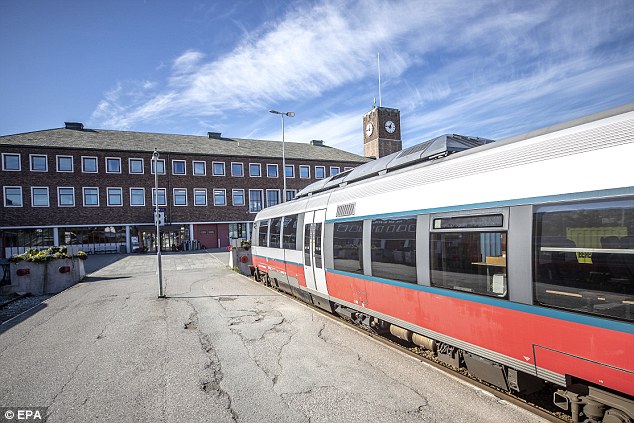 After checking out of a hotel in Bodø, Mr Kamphuis plans to travel to Trondheim by train, however he never boarded it 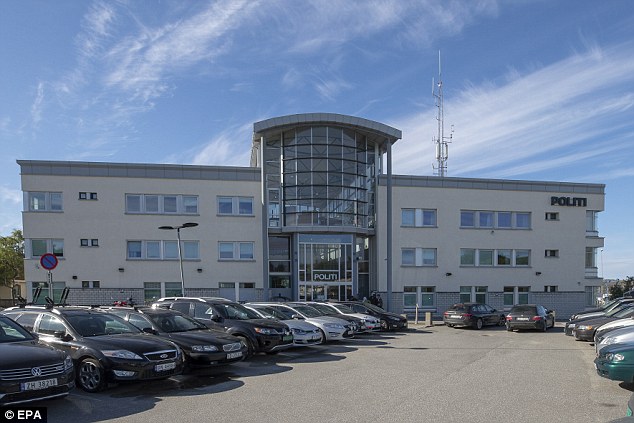 Exterior view on the police station in Bodø, Norway