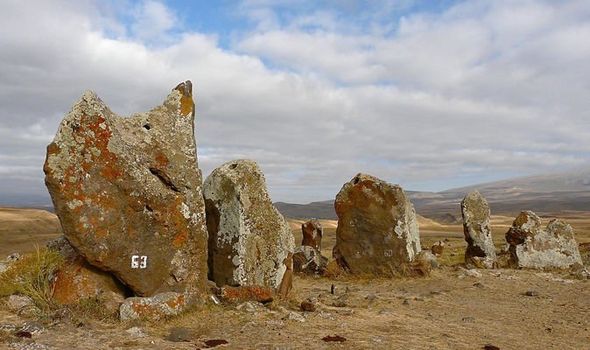 The 223 stone structure of rocks placed in a circle, similar to Britain’s legendary tourist attraction, could 7,500-years-old, much older than its Wiltshire counterpart. But two rival groups have agreed to unite to hunt down the real truth of the Carahunge site, located near the town of Sisian.

The two factions have argued over the meaning of the site, with one even claiming the site was used for space research.

The Bnorran Historic-Cultural NGO has said that the site is an ancient astronomical site and would be the earliest known observatory.

“We think Carahunge, where more than 200 stones are located with 80 having holes in them, is an ancient astronomical observatory,” said board member Arevik Sargsyan.

But, the American Institute of Archaeology and ethnography have slammed the claims, saying that the rubble is an ancient settlement. 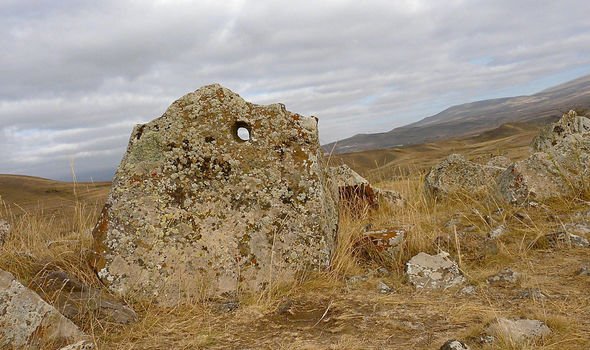 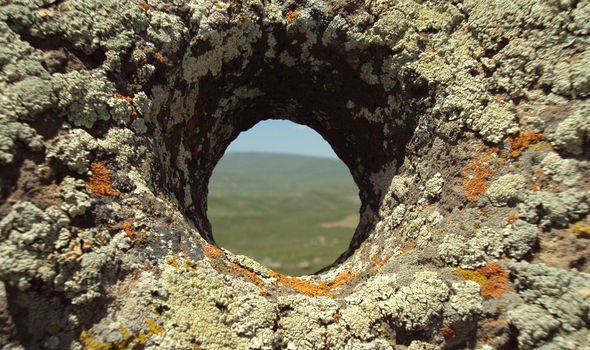 The group see the stones as remains of a now destroyed city wall, where the rocks supported rubble.

Team leader Dr Ashot Piliposyan adds that no astronomical tools have been unearthed from the site.

While the group says the holes located in the stones are at the base of the rocks and do not point up towards the stars. 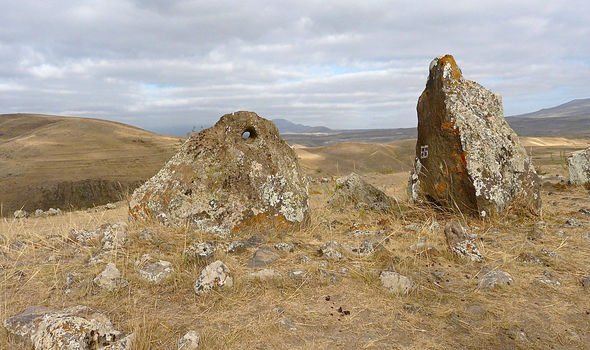 Speaking to the Armen Press, Dr Piliposyan said: “It requires studies in all aspects.

“We discussed many issues during the signing of the agreement.

“We even considered that maybe in the future it will be possible to build a museum near the monument to display all materials regarding the ancient site.”

Both teams have suspended their excavations and work at the monument before they join forces as one unit. 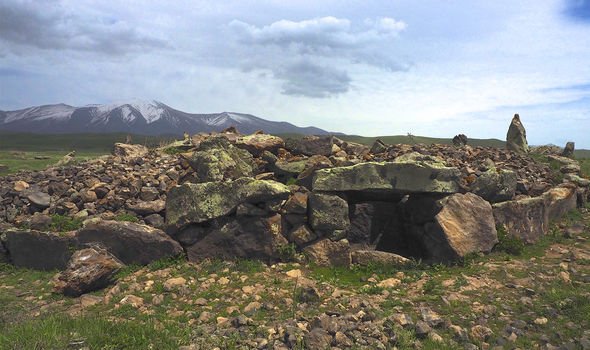 The two will come together after a new research plan is put into place. This will be decided at a joint seminar between the two groups which will involve experts such as astronomers, archaeologists and ethnographers.

Carahunge was rediscovered in 1984 by Onik Khnikikyan who also believed the rocks were some kind of observatory.

Professor Paris Herouni backed up the astronomical claims after he conducted a deep analysis of the site in 1994. 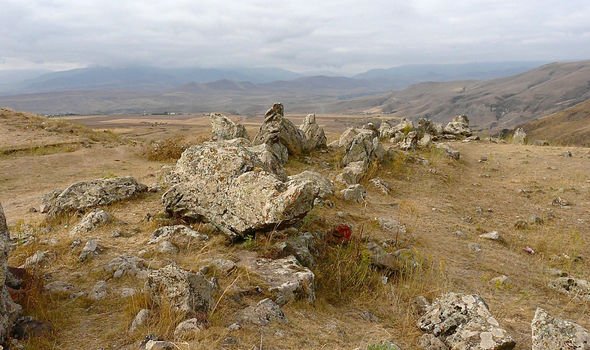 Professor Pavel Avetisyan, an archeologist at the National Academy of Sciences in Armedia told Smithsonian Magazine that he feels the site is caught between two branches of science and that both theories are credible.

He added: “Experts have a clear understanding of the area and believe it is a multi-layered monument which requires long-term excavation and study.”