Minnesota farmer Paul Fritsche can no longer afford health insurance as he struggles to sustain a dairy farm that has been in his family for nearly a century.

With U.S. milk prices in the fourth year of a slump due to chronic oversupply, Fritsche, 58, is unsure whether he will be able to pass his 30-cow farm onto his sons and grandsons. 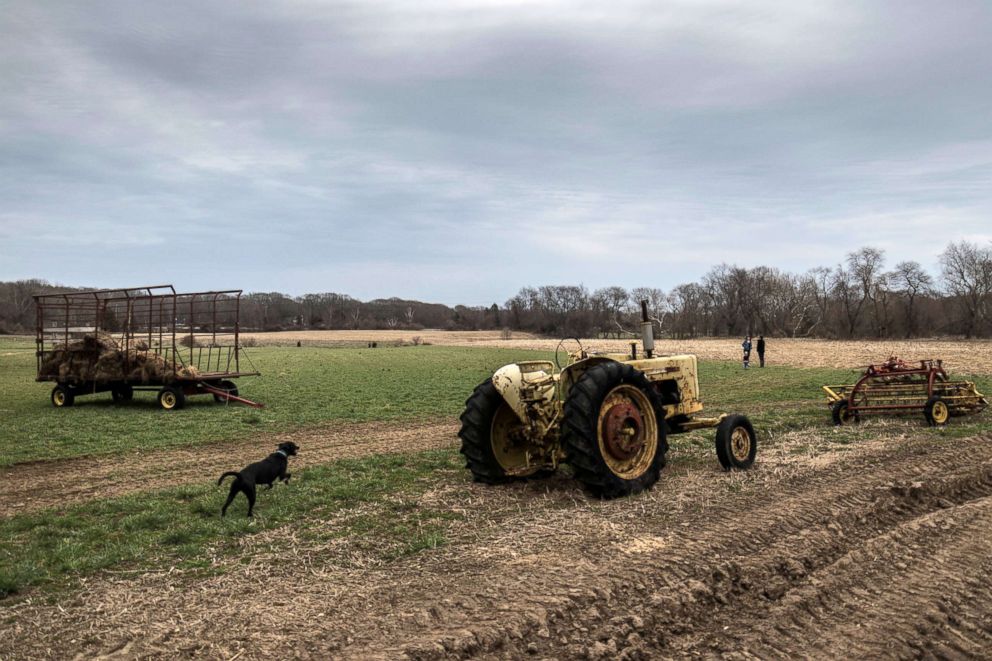 The dairy industry was a sticking point in the contentious renegotiations of the free trade deal between the U.S., Canada and Mexico that concluded last month.

U.S. President Donald Trump demanded concessions from the protected Canadian dairy industry and said on Twitter that Canada was hurting U.S. farmers with high tariffs. After Canada gave some ground, Trump claimed a big victory and said farmers would have more export options.

But Canada opened less than 4 percent of its dairy market to U.S. farmers – a concession unlikely to make much of a dent in U.S. oversupply or improve the lot of farmers like Fritsche, producers on both sides of the border say. 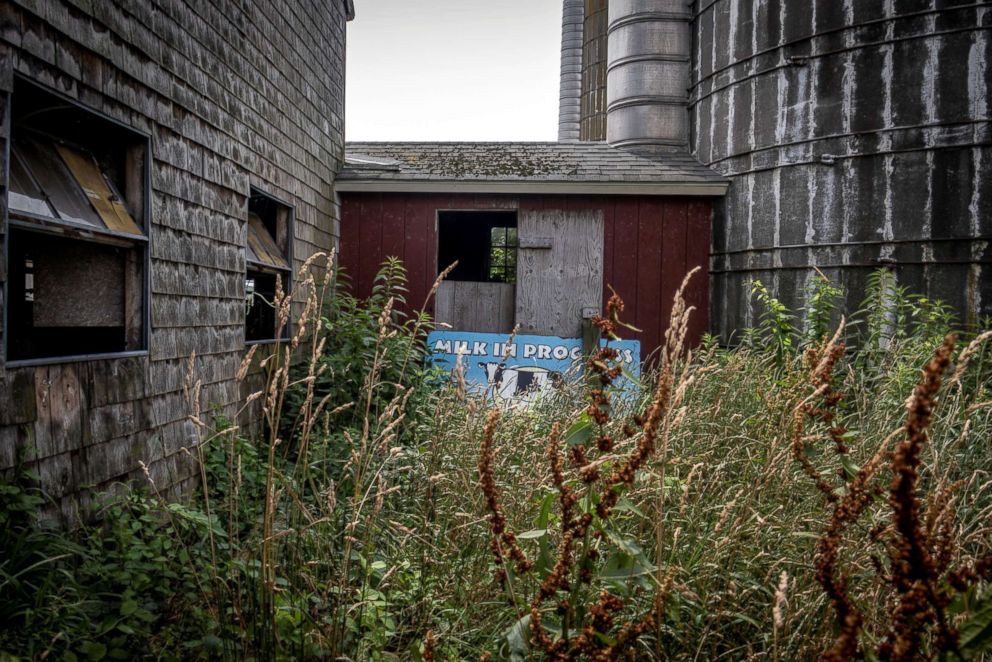 In Canada, the dairy industry is faring much better and continues to be among the nation’s most profitable farm sectors, allowing most farmers to absorb the concessions’ impact. In addition, Ottawa has promised to compensate dairy farmers for losses stemming from opening up the industry.

Third-generation Canadian farmers Alain Philippot and Henry Holtmann are each preparing to bring their children into the business. They say the concessions sting and will limit growth. But the country’s protectionist system and higher prices remains intact.

“I don’t think there will be a mass exodus” of farmers, Holtmann said. “There will be some leaving, but that’s because their business models weren’t flexible enough.” 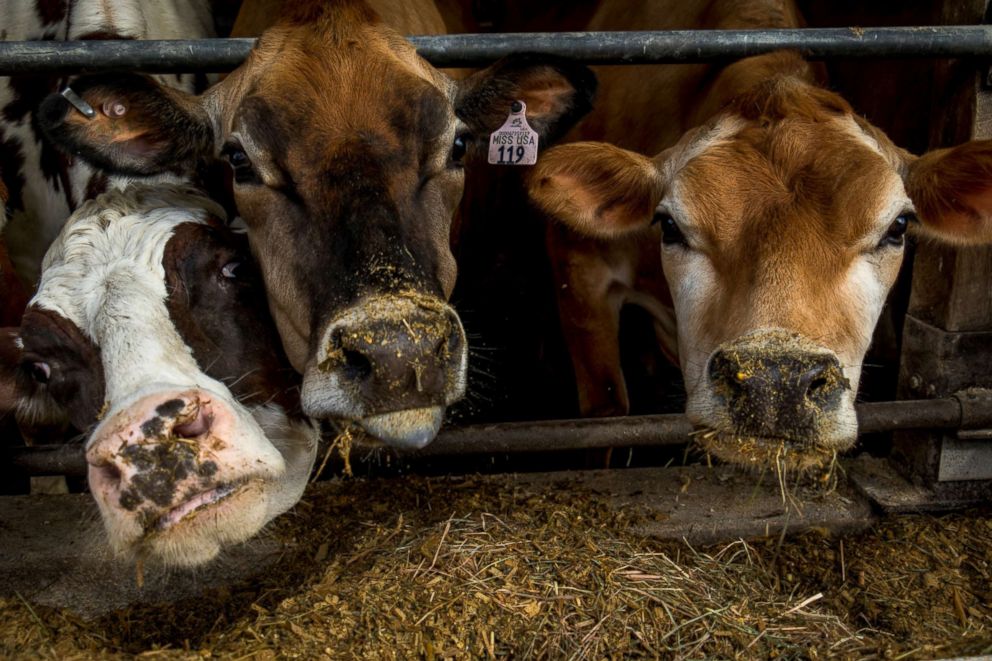 With Wisconsin alone producing more milk than is consumed in all of Canada, the additional market access for the U.S. provides little comfort to American farmers.

The average price that dairy plants pay U.S. farmers for milk fell from a peak of $25 per hundred pounds in 2014 to about $16, according to the U.S. Department of Agriculture.

“The only thing that will help us is less milk or more consumption of milk,” said Scooter LaPrise, 53, who with his wife has about 30 cows on one of eight remaining dairy farms in Rhode Island.

“It’s not going to fix anything,” he said of the revamped trade agreement. “It’s just something to catch votes.” 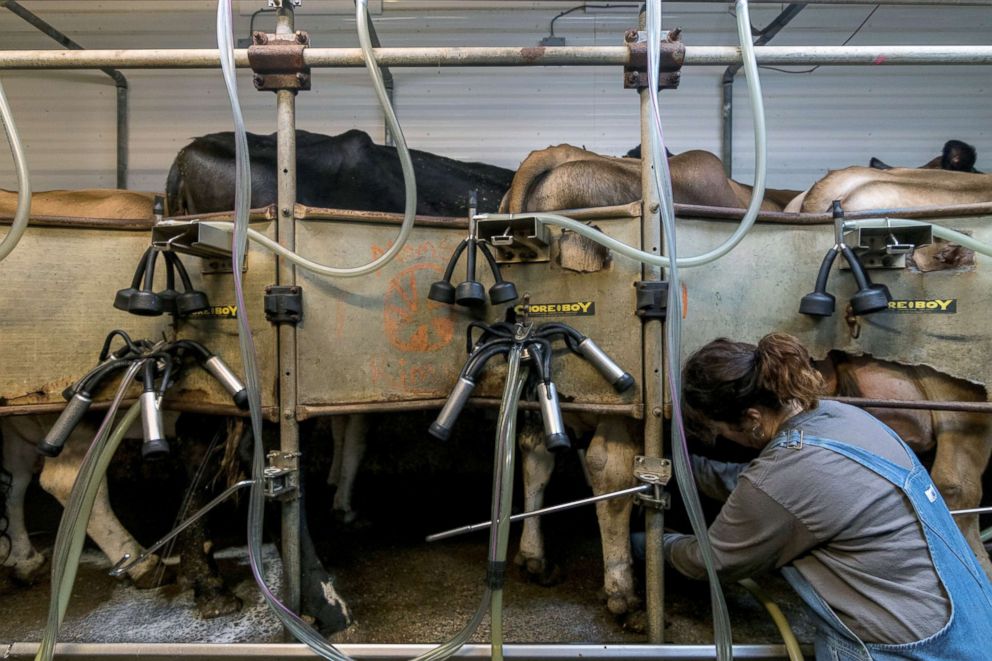 While the more than 40,000 U.S. dairy farms have endured slumps before, the current price slide has been unusually drawn-out as milk production increased in recent years despite falling prices. Per capita consumption of U.S. fluid milk has been falling steadily since the 1970s, although total dairy consumption has increased as Americans eat more yogurt, butter and cheese, according to the USDA.

The new arrangement with Canada likely won’t pull U.S. dairy farmers out of the ditch, said Mark Stephenson, director of dairy policy and analysis at the University of Wisconsin.

“It does provide a bit more access to Canada,” he said. “But it’s pretty incremental change.” 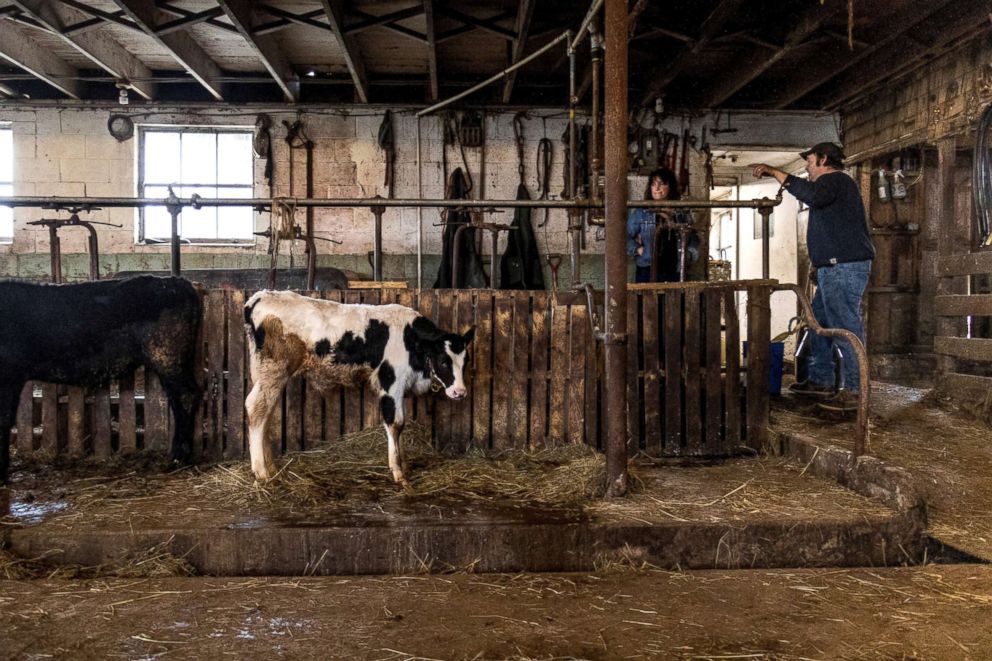 Canada has been an island of stability in an otherwise volatile global industry. In July, farmers in the Canadian province of Ontario received the equivalent of $24.20 per hundred pounds of milk, about 50 percent more than U.S. farmers, according to data published by Dairy Farmers of Ontario.

That’s because Canada manages oversupply by issuing production quotas to farmers based on domestic consumption, setting prices according to a formula that factors in farm costs and imposing high tariffs to keep most imports out.

In 35 years of farming, St. Claude, Manitoba farmer Philippot has lost money only “a handful” of times. 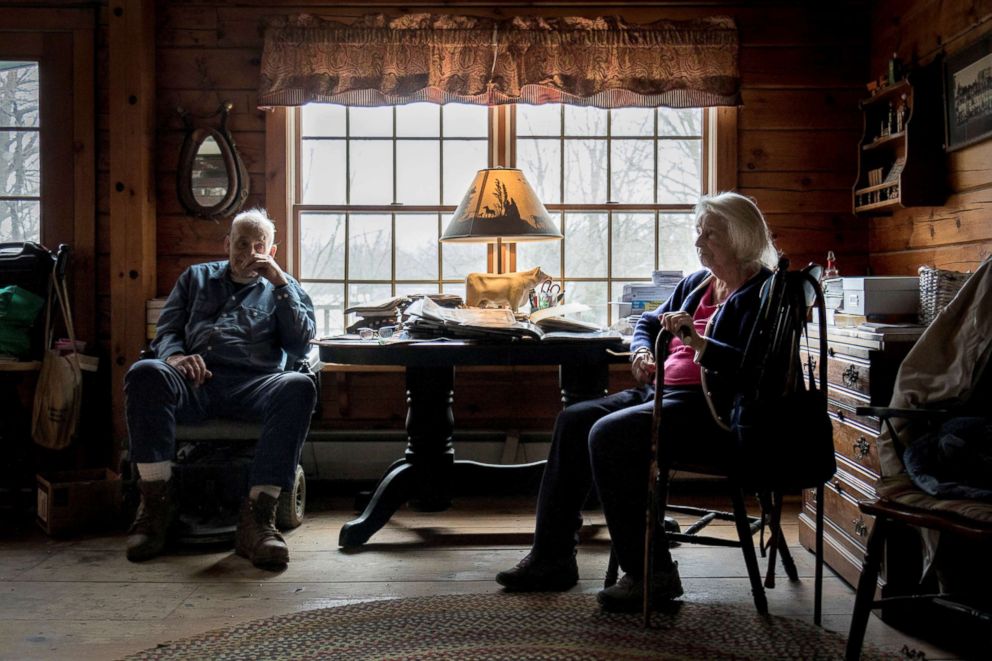 Since Holtmann and his brother took over the family dairy farm near Rosser, Manitoba in 1995, they have expanded nine-fold to 600 cows, which required them to spend about CA$14 million to purchase the right to produce more milk. The system allows farmers to buy and sell units of production quota — based on 1 kilogram of butterfat per day, or nearly the output of one cow. Each unit currently fetches close to C$30,000 at auction in Manitoba.

In a Statistics Canada profitability measure, dairy farmers’ operating expenses were 77 percent of gross farm receipts in 2015, the latest data available, and the healthiest level of 11 farm sectors. 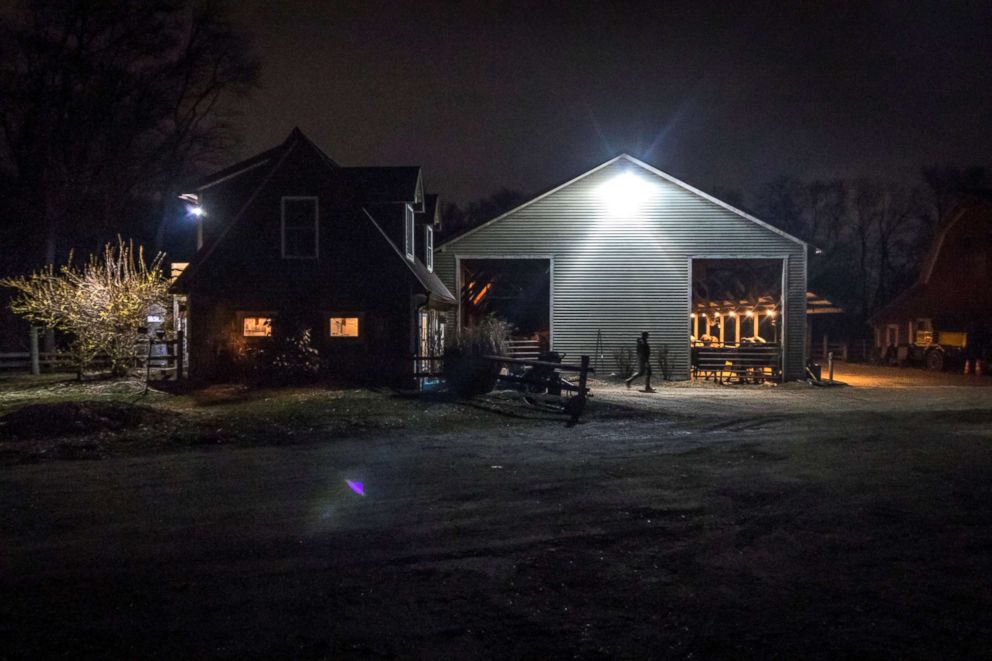 That statistic, however, does not include debt. Canadian dairy farmers in 2015 held the second-highest liabilities on average among Canadian farm sectors as well as the third-highest net worth, according to Statistics Canada.

Farmers say concessions in recent trade deals will strain their profits and leverage. 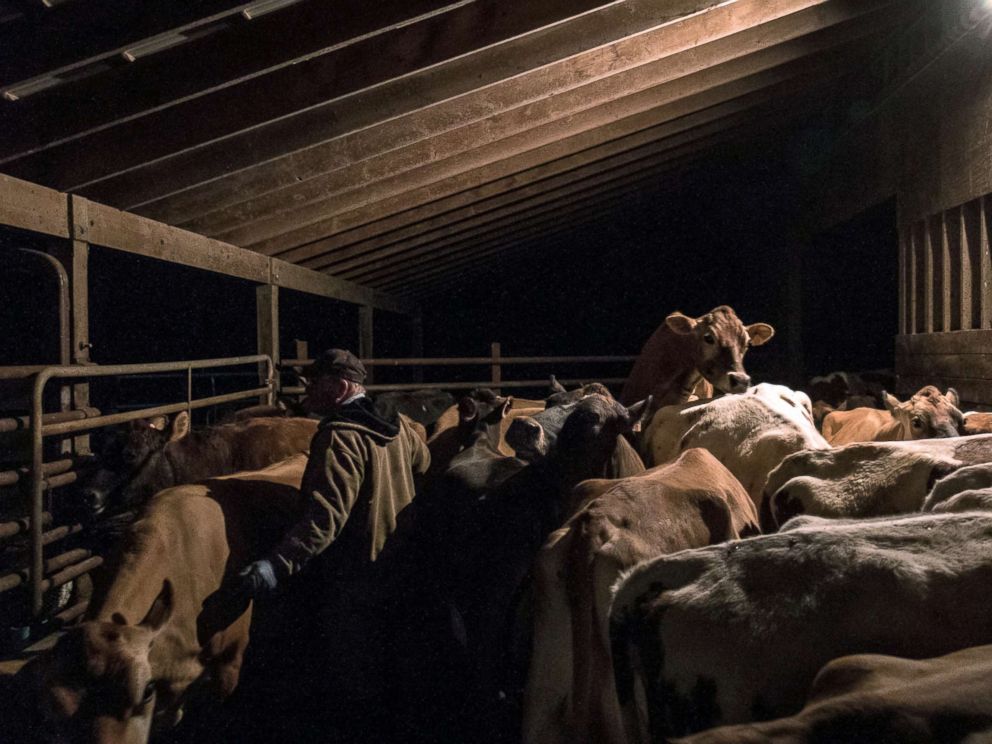 Dairy Farmers of Canada (DFC) estimates that the market share ceded to the U.S., as well as in trade deals with the European Union and Pacific nations, will add up to 18 percent by 2024, worth CA$1.3 billion.

“Is it impossible to get over that? No. But it’s like losing a finger, and then another one,” said Philippot at his small 68-cow farm.

Canada also agreed in trade talks with the U.S. to dismantle a pricing system for the lower-value skim portion of milk that previously allowed Canadian skim to displace U.S. ingredients in the production of cheese and yogurt. Philippot says that move will reduce the prices farmers receive for milk. 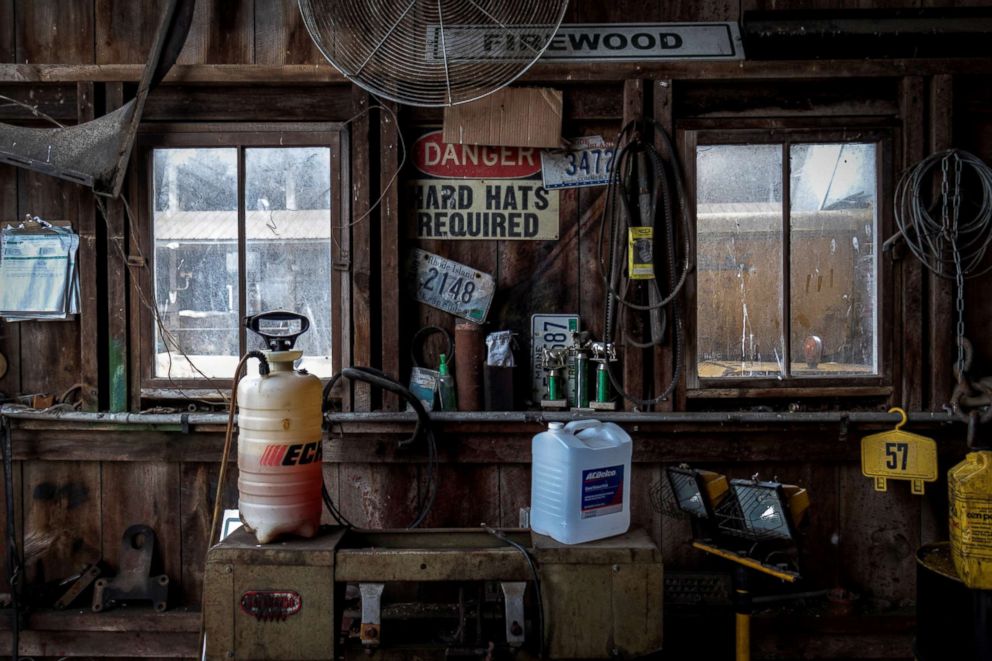 Domestic consumption growth, however, estimated at 2 percent annually by DFC for the next six years, offsets some of the lost share to imports and mitigates any reduced quotas.

“When a Canadian dairy farmer wants to retire he sells his quota and he can retire on that,” he said. 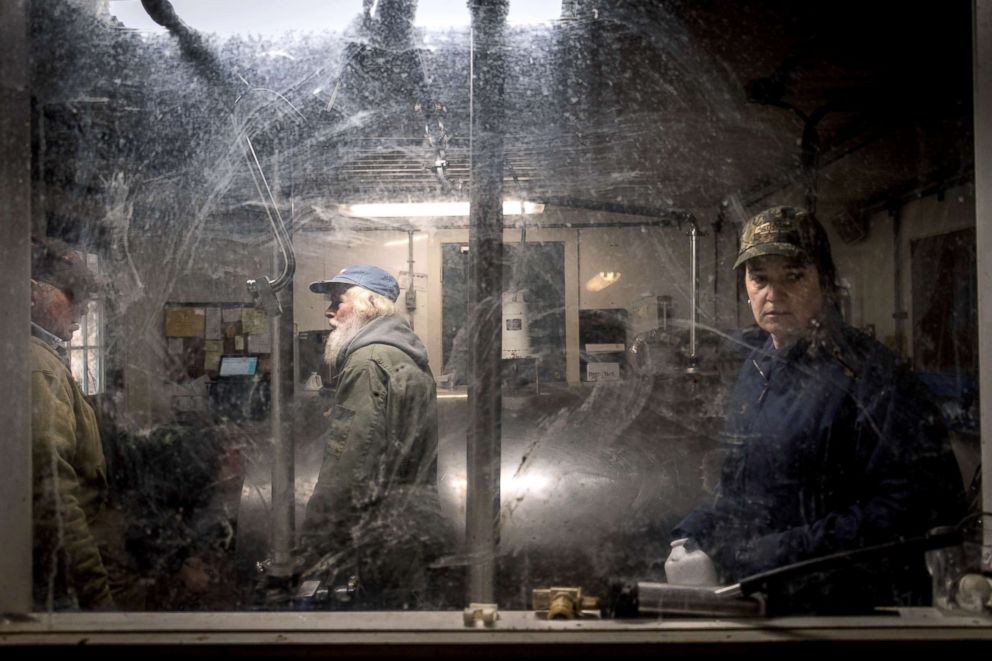 Many farmers couldn’t get by without such side jobs, said Julie Brodeur of West Kingston, Rhode Island. Brodeur and her brothers, fourth-generation dairy farmers, quit the business in March after their 70-cow operation stopped generating enough income to keep the cows fed.

“You borrow some more and then you pay everything off,” Brodeur said. “And you think everything is going good. And then you’re back in the hole.” 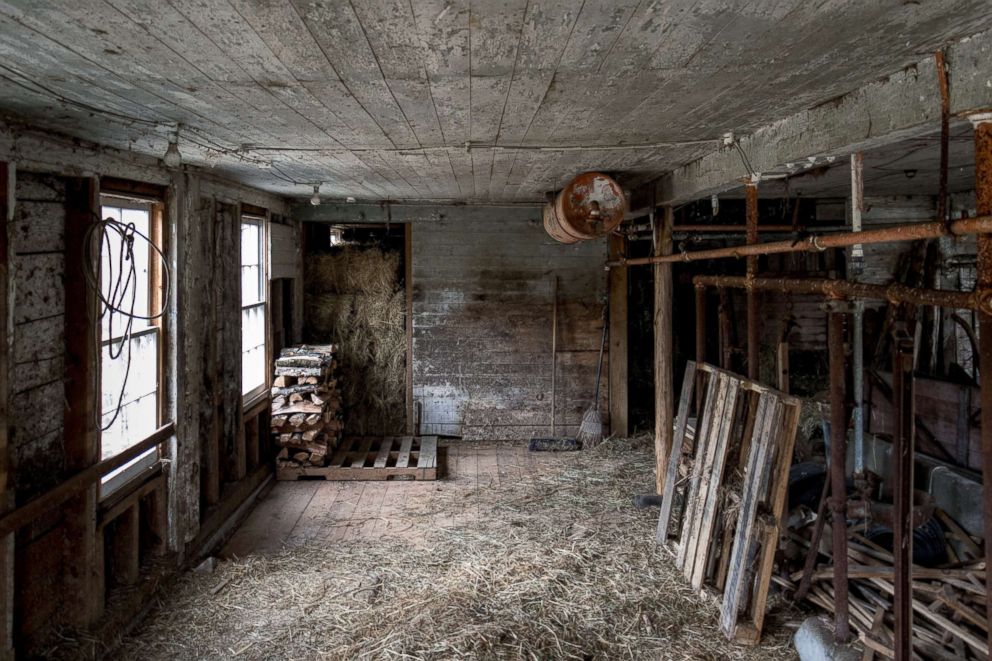 Reporting by Julie Ingwersen and Rod Nickel for Reuters.