Feline scared? Daredevil cat watches the world go by as he sits on a ledge hundreds of feet above a busy bridge in China

An adventurous feline was filmed dangerously perched on the edge of a very tall building towering over the Qianximen Bridge in China.

The ginger daredevil seems perfectly calm as he nonchalantly observes the world below him.

It looks as though the brave cat is sitting on a small lamp fixture that is only just big enough to accommodate its bottom and that one wrong paw could end very badly. 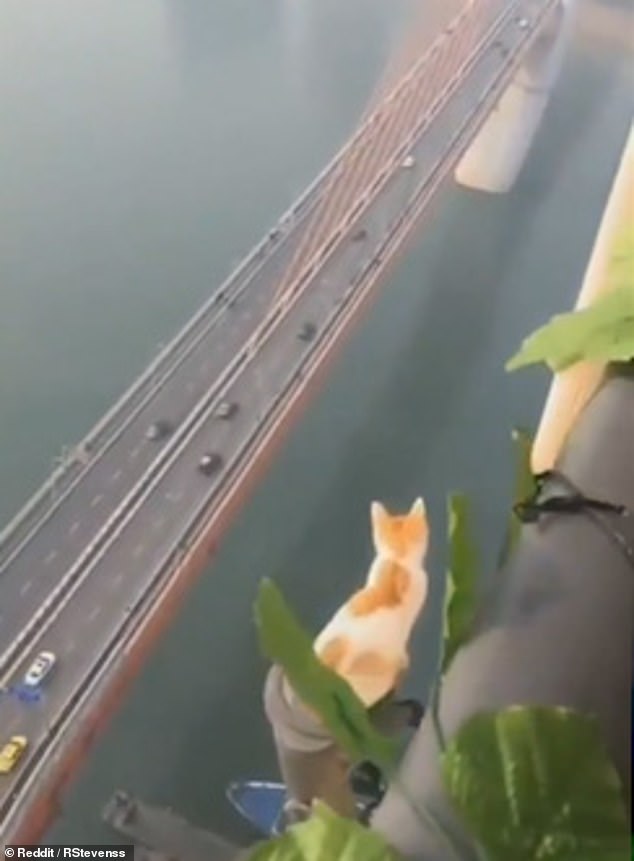 Feisty feline: The daring kitty was filmed perched on a lamp in China next to the Qianximen Bridge 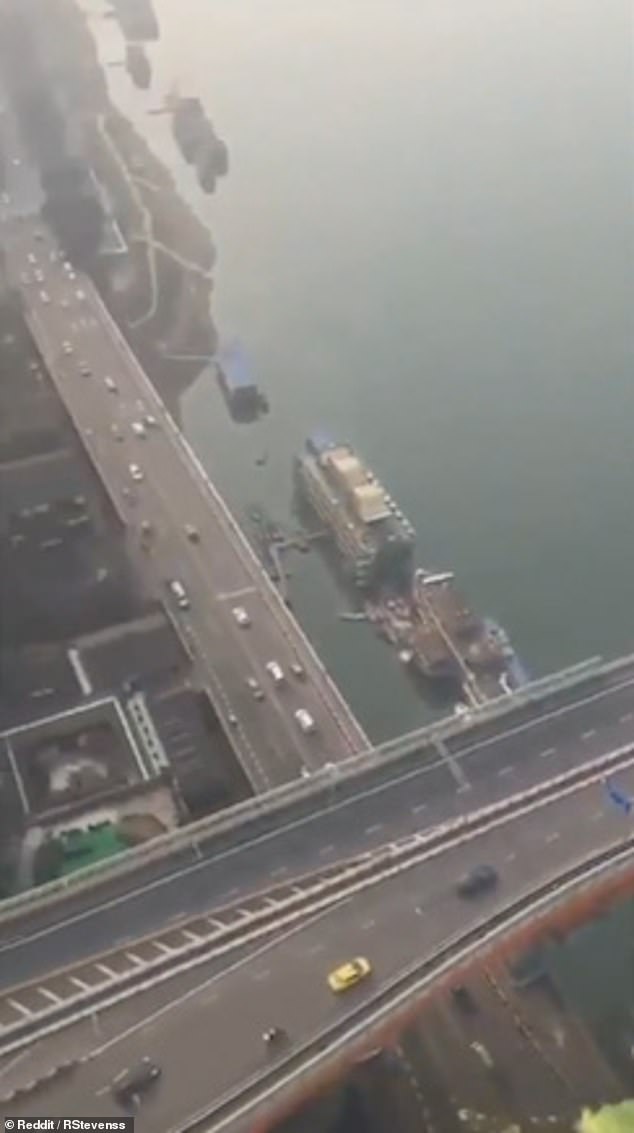 Stomach churning drop: The brave cat looked relaxed as it surveyed the city below 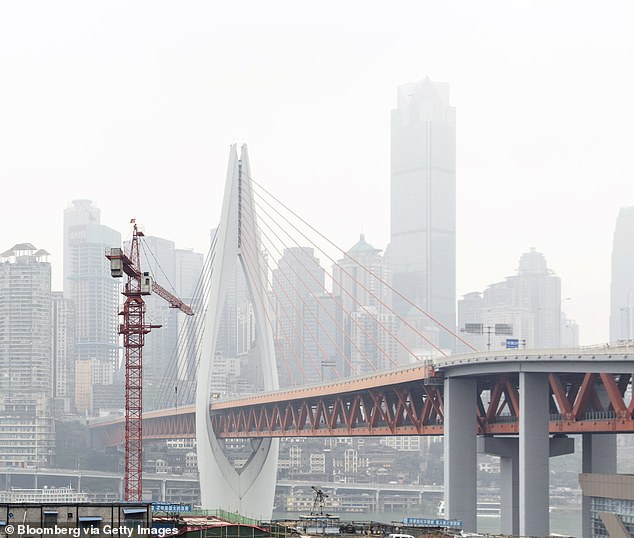 The person filming the brazen feline pans across to the city below where it seems as though the cat is sitting at the same height as some of the skyscrapers.

His brave stunt has sparked a debate between social media users about whether or not a cat would be able to survive a fall from the same height.

With nothing to break his fall before the hard tarmac below, some users think that it would be game over for the ginger tabby if he were to slip.

One user said: ‘Falls from the seventh or higher stories, are associated with more severe injuries and with a higher incidence of thoracic trauma’.

While another said: ‘Cats instinctively orient themselves into a spread eagle falling position, and if the fall is long enough to allow them to reorient, then their terminal velocity in that position is lower than what is likely to be lethal’.

Another user quite simply summed up the situation by saying: ‘Even with nine lives I wouldn’t do that’.