Harvey Weinstein’s British assistant had to fight off his advances while getting the naked producer out of bed every morning and resorted to wearing a winter jacket in the office to protect herself, new book reveals

Harvey Weinstein was ‘pathologically addicted to conquering women,’ according to his former assistant who claims he sexually harassed her from her ‘first day’ on the job.

Zelda Perkins, who began working for the disgraced producer in London when she was 22, said taking advantage of women was ‘what got him out of bed in the morning.’

Kantor and Twohey helped break the story about the years of sexual assault allegations leveled against Weinstein in October 2017 that ultimately kickstarted the #MeToo movement. 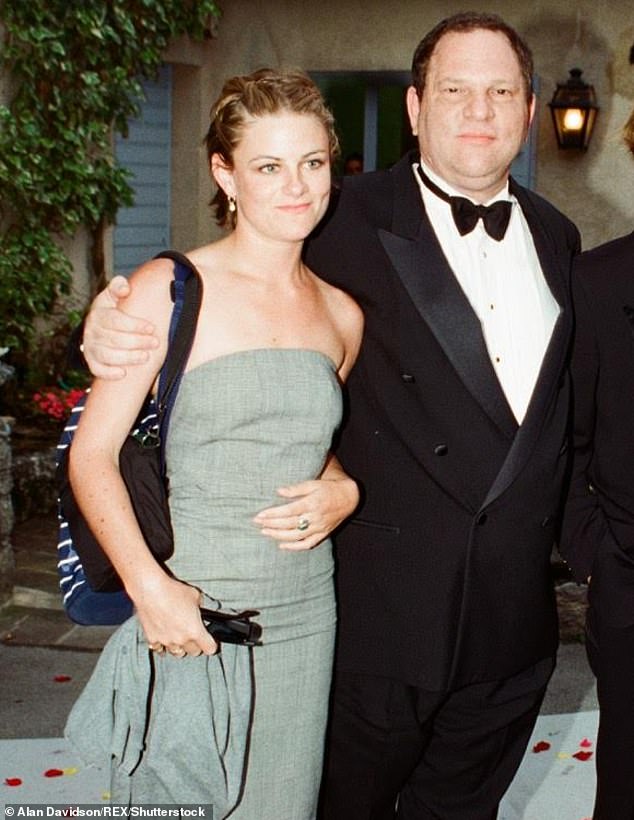 Zelda Perkins began working as Harvey Weinstein’s assistant in London when she was 22 years old. Above the are pictured in 1998 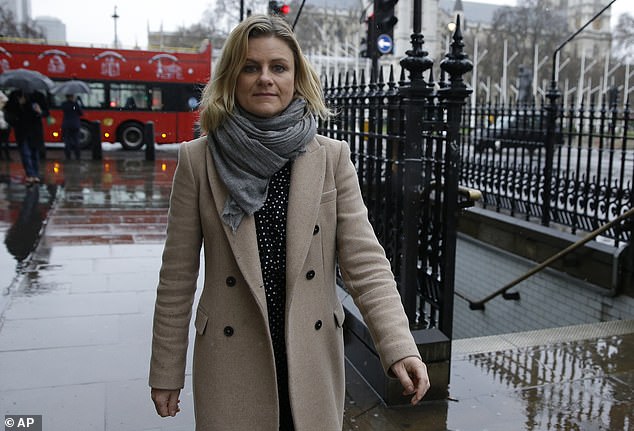 In the months that followed, more than 80 women came forward to accuse him including actresses Gwyneth Paltrow, Angelina Jolie as well as many former employees from Miramax and The Weinstein Company.

Weinstein is now awaiting trial for predatory sexual behavior and rape at Manhattan’s Criminal Court and has denied all claims of non consensual sex.

Perkins claimed Weinstein harassed her from ‘practically the first day’ and said she had to resort to wearing a winter jacket in the office even in the summer to protect herself.

Her job required her, or another female assistant scheduled on the early shift, to get a partially nude, or sometimes fully nude, Weinstein out of bed every morning. 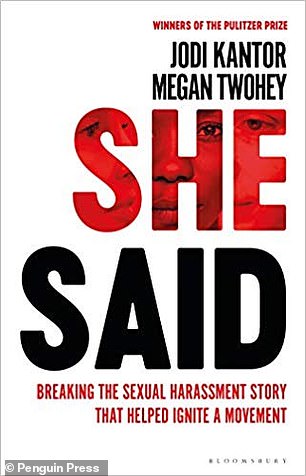 The book, which was released on September 10, has been likened to All the President’s Men, the expose of the Nixon administration, only for the MeToo era

Perkins said he would repeatedly try to pull her into bed with him but she resisted and ‘always managed to say no.’

She described her salary as ‘blood money,’ believing she was giving up her soul to work with him.

‘On trips to Paris and Rome he would just hand out cash, which was your blood money,’ she said.

‘You’d come home from trips with him with a weird comedown of guilt and relief that you’d survived.’

When Perkins and another Miramax staffer finally complained, they were made to sign an ironclad non-disclosure agreement that even their own doctors had to sign, she claimed.

The women were not even given a copy of the document and had to go to their lawyers’ offices to see one.

Such agreements, under which the women were paid anything from tens of thousands to hundreds of thousands of dollars, were the main tool Weinstein used to keep his allegations out of the public domain.

But those same documents gave the New York Times reporters a vital paper trail that helped them break the story that ultimately sank him.

The authors state they initially had a hard time persuading women to speak out, and reveal when they called actress Daryl Hannah her voice was ‘filled with anxiety.’

Judd put them in touch with Lena Dunham who became a ‘celebrity switchboard’ with private email addresses and phone numbers.

Soon they were in touch with Paltrow who became a key source by recruiting other women from behind the scenes. 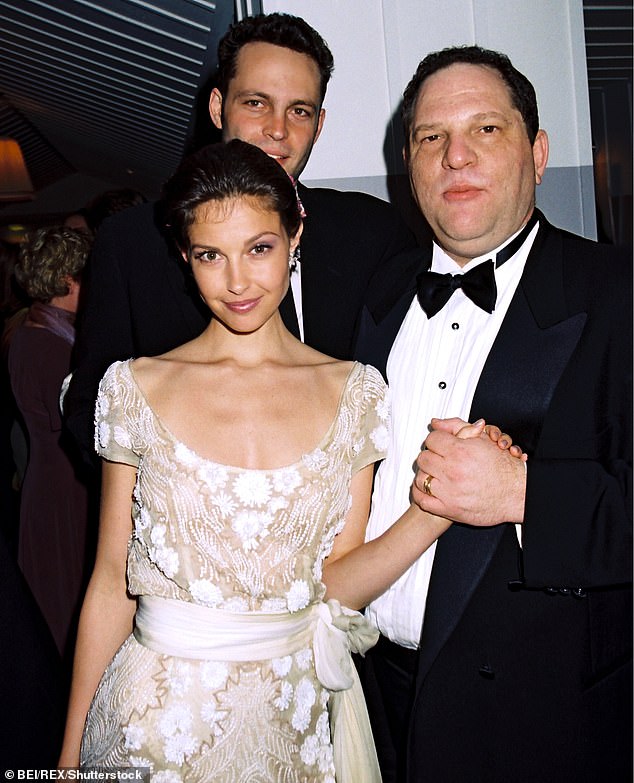 New York Times journalists Jodi Kantor and Megan Twohey revealed they had trouble getting women to speak publicly, but Ashley Judd ultimately agreed to share her story and helped open doors for them 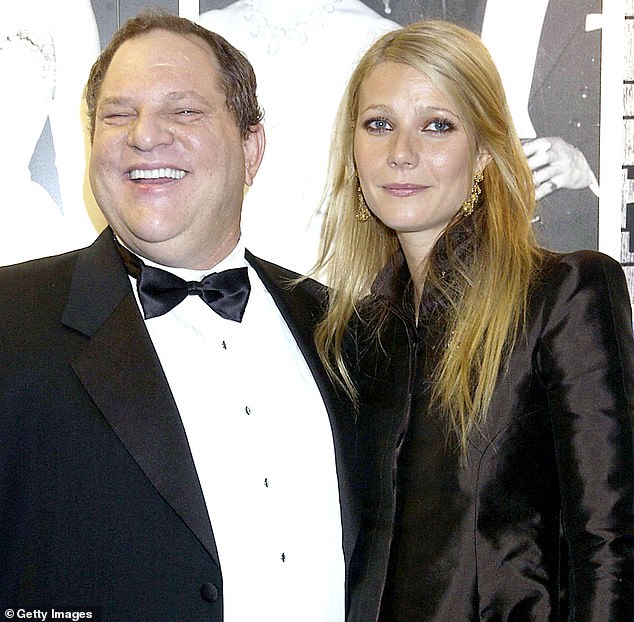 Gwyneth Paltrow was instrumental in bringing Harvey Weinstein down and recruited other Hollywood stars to speak out against him. But it was ‘hair-raising’ for her because she feared that the story would be ‘sleazy’ and end her career. Pictured: Weinstein and Paltrow in 2002 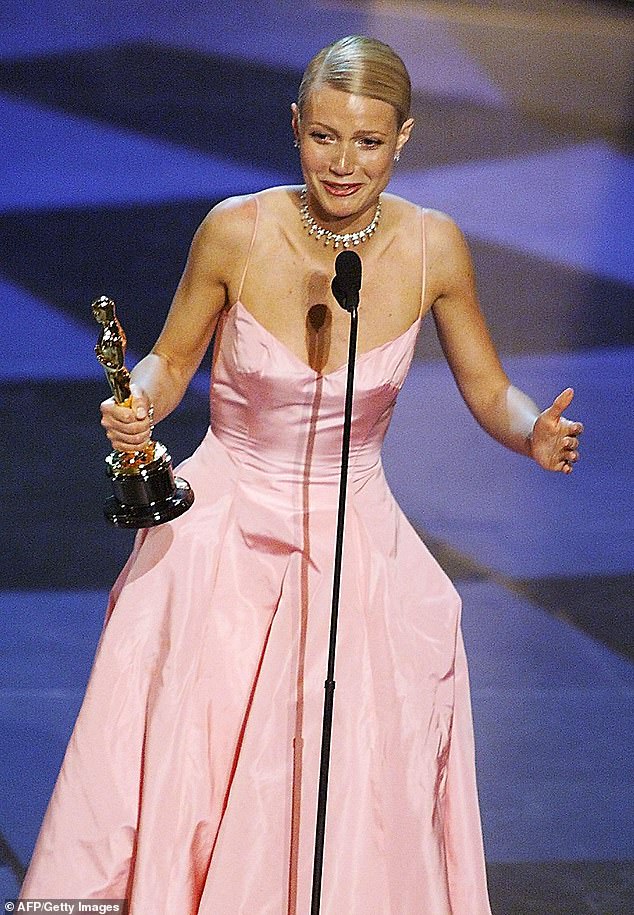 Paltrow’s decision was especially hard because Weinstein had cast her as a relatively unknown 22-year-old in the lead role in the adaptation of Jane Austin’s Emma, which made her a star. He also cast her as the lead in Shakespeare in Love, cementing her as an A-list star when she won the Oscar for Best Actress (pictured in 1999)

Paltrow, who was propositioned by Weinstein when she was 22, said felt ‘culpable’ in his abuse because he used her story to persuade other women to have sex with him.

Weinstein would reportedly tell them: ‘Don’t you want what she has?’ as he asked for a massage which led to sex.

The actress became known as the ‘First Lady of Miramax’ after she was cast by Weinstein in Emma and Shakespeare in Love, which made her a star.

Paltrow broke down in tears and said that by using her story Weinstein made her a ‘tool in the coercion of rape’.

Days before the article was due to be published, Judd agreed to be a named source, but Paltrow could not make her mind up.

She was feeling ‘crushed’ over the criticism of her Goop lifestyle website and feared her name would be ‘dragged through the mud’.

She texted the New York Times journalists saying: ‘Since I feel under-equipped to make this decision under a barrel, I’m going to hold. I feel sorry to have let you down. I really do. I’m so torn.’

The day the story was due to go up Kantor texted Paltrow while she was filming Avengers: Endgame in Atlanta.

Paltrow was feeling ‘sick and barely able to get through her scenes’, the book states.

She even pulled aside Michelle Pfeiffer, her co-star, ‘quickly briefing her on the situation for one final round of counsel.’ 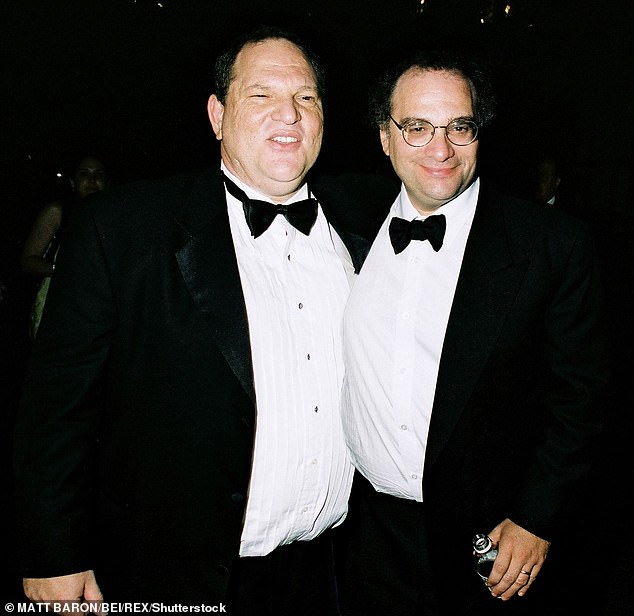 Weinstein’s own brother Bob, who ran the Weinstein Company with him,  justified Harvey’s behavior as sex addiction which he now admits was a mistake

Paltrow responded in a text saying: ‘I’m on set in Atlanta. I feel intense pressure because of the time frame. I can’t believe his response in the Hollywood Reporter, I can’t believe he is taking this tack. I would have hoped he could have seen his way to contrition. I feel like he’s setting himself up for an even steeper fall. I think it would be best to hold and then do something with you as a follow up.’

Paltrow eventually agreed to be named in an article that was published a week later in the New York Times.

But even now she has difficulties about how Weinstein used her.

At a meeting of Weinstein accusers at her house in Los Angeles, she teared up as she talked about how Weinstein had used her success as a tool to persuade more women to have sex with him.

‘This has by far been the hardest part of this, to feel like a tool in the coercion of rape. It almost makes me feel culpable in some way, even though it’s completely illogical,’ she said.

The book also raises questions about whether those who were in Weinstein’s orbit chose to look the other way or simply failed to act.

That includes his brother Bob, who wrote him an email in 2015 confronting his ‘misbehavior’ and demanding that he seek help. 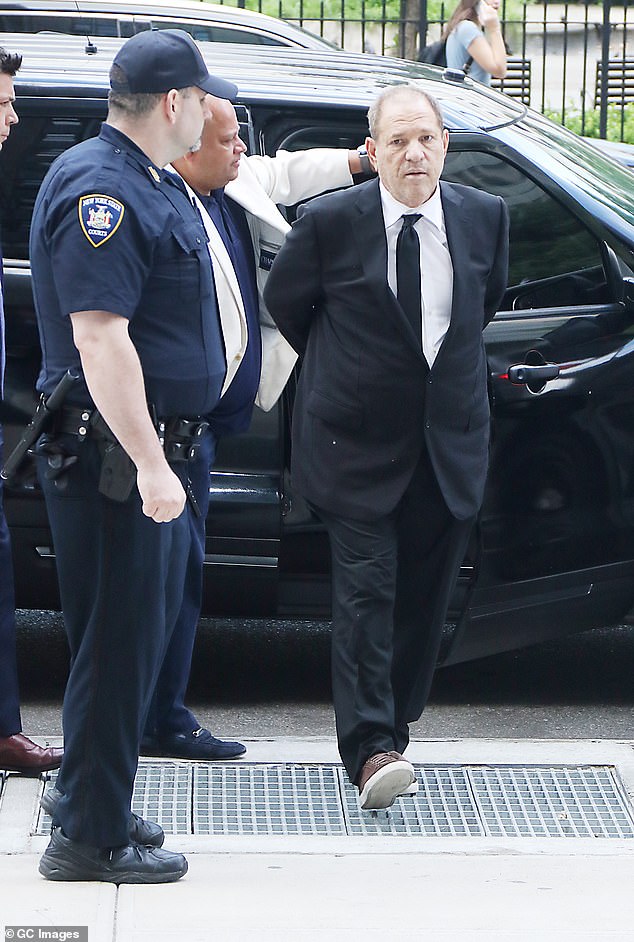 One day in 2010 or 2011 as they were arguing about money in a room by Weinstein’s office, Harvey punched Bob in the face.

‘Everyone watched as blood gushed down Bob’s face. No one, not even Bob, did anything to hold his brother accountable for the violence,’ the authors write.

Bob justified his brother’s behavior as sex addiction which he now admits was a mistake.

When employees complained to him he would tell them: ‘Quit. You’re talented.’

Irwin Reiter, an accountant who worked for Weinstein for decades and became a key source for the authors, said he emailed Weinstein in 2014 saying: ‘Stop doing bad s***!’

Weinstein confronted him the next day and called him the ‘sex police.’

Reiter was eventually shamed into action by his daughter and cooperated with Kantor and Twohey, who Weinstein repeatedly tried to intimidate, according to the book.

Weinstein also tried to bully the New York Times into removing a mention of the allegations against him from a March 2015 review of his Broadway show Finding Neverland.

In response, the paper’s editor Dean Baquet emailed Weinstein: ‘You and I are going to have a pretty rough talk soon about how you talk to my editors. And it will be very rough.’