‘Narcissist’ mother, 42, murdered five-year-old son then leapt to her death off infamous Beachy Head to get ‘revenge’ on estranged partner on Father’s Day, report finds

A mother who murdered her five-year-old son and then jumped to her own death from cliffs at Beachy Head may have killed him for ‘revenge’ against her estranged husband on Father’s Day, a review has found.

The Kent Safeguarding Children Board (KSCB) said Cheryl Tompsett, 42, was a ‘narcissist who was only happy when she was the centre of attention’.

It is believed the bereavement counsellor killed her son before leaping to her death after his body was found on a ledge half way down the 530ft cliffs while she was discovered on the beach below.

She had split up with Leo’s father Mark Woodhams and had been subject to a court order restricting her ability to visit her child following three ‘explosive rows’ with her former partner. 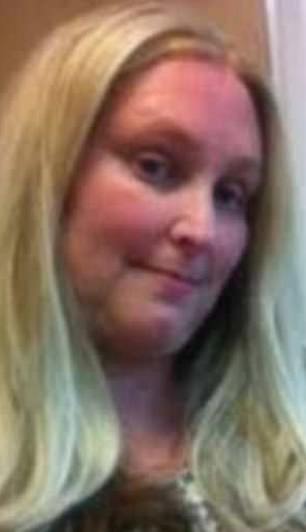 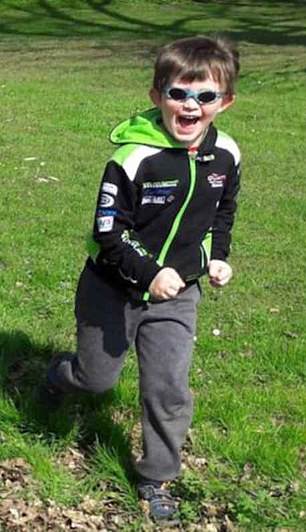 Cheryl Tompsett, left, may have killed son Leo, five, right, and herself in ‘revenge’ against her former partner Mark Woodhams over her restricted access to her son

Tompsett, of Maidstone, Kent, had custody of Leo on June 17, 2018, which was Father’s Day, but never returned him to her husband. Their bodies were found the next morning by coastguard.

A note to Mr Woodhams was later found saying ‘If I can’t have Leo then nobody is going to’.

The serious case review found there was no evidence of any significant abuse against Leo before the incident and no indication that he was at risk of any harm.

His mother had been struggling with mental and physical health issues in the months leading up to the murder.

But the report stated Tompsett’s history and possible mental health risks were not passed on to the family’s health visitor by a midwife.

It was also found police told health professionals about three domestic abuse incidents between the couple in three days, but Leo’s school only heard about them from the father.

Reviewers also found risk assessment in domestic abuse cases had ‘insufficient focus’ on emotional abuse and mental health issues, and was too fixated on the risk of physical harm.

It did not sufficiently address concerns over coercion and control, according to the report, although it stated Mr Woodhams ‘did not see himself as a victim of domestic abuse’.

The review found professionals may have ‘under-estimated the risks and did not fully explore all safeguarding concerns regarding [Miss Tompsett] particularly in relation to her role as a counsellor’.

A potential explanation for the homicide-suicide, the report said, was spousal revenge intended to hurt her ex-partner.

A programme is now being rolled out by Kent Police to ensure schools across the county are updated about any domestic abuse incident within 24 hours.

The report added that Miss Tompsett’s older children described her as a ‘narcissist’. 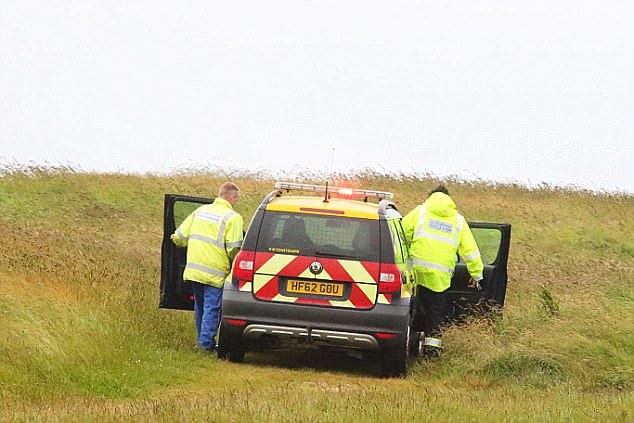 The bodies were found the morning after Father’s Day in June 2018 at Beachy Head. Police are pictured at the scene

Parents with these traits are said to be ossessively close to their children and may be envious of and threatened by their growing independence, according to the report.

And that could result in the child being considered to exist solely to fulfil the parent’s wishes and needs, the report added.

Gill Rigg, the independent chair of KSCB said: ‘This is a tragic case, and the KSCB has thoroughly, independently and openly reviewed the circumstances of Child H’s life and death.

‘This is to ensure that all lessons are learned so that improvements are made to multi-agency working in future safeguarding cases.

‘As a result of their contributions to the SCR, the relevant partners have drawn up individual recommendations and action plans for improving the way they continue to work to protect children in the future.

‘The report also has recommended a number of multi-agency actions to be overseen by the KSCB to make sure that action is taken, as needed. 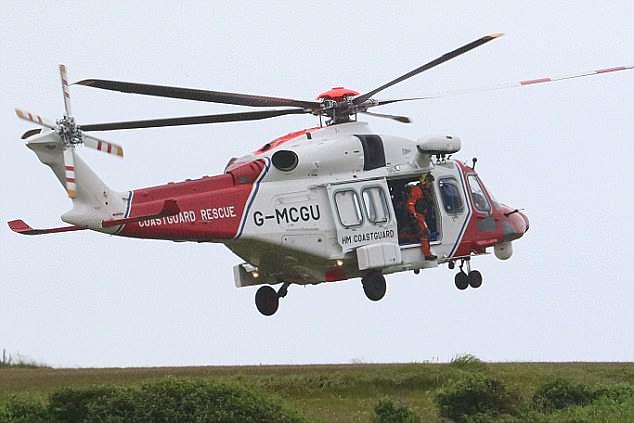 The coastguard found Leo on a ledge halfway down the 530ft cliffs at Beachy Head and his mother on the beach below, suggesting she may have killed him first and then jumped

‘This is crucial as part of helping improve the safety and wellbeing of Kent children. These have already been implemented and lessons learned.

‘The KSCB’s role and function has always been, and remains, totally committed to continually improving the protection of vulnerable children and young people in Kent.’

Mr Woodhams told the inquest in May: ‘I can’t begin to explain how this feels to know I’ve lost my son.

‘Things will never be the same again for me or the rest of my family.’

He previously paid tribute to Leo, describing his son as his ‘shining light and brightest star’.