The results of a one-of-a-kind scientific experiment that will shed light on the long-term effects of spaceflight on the human body will be released by NASA later today.

The study is based on identical twin astronauts Scott and Mark Kelly, who share the same genetics but were subjected to radically different environments for one year as part of the experiment.

Researchers compared a myriad of biological, chemical and cognitive indicators between the two brothers during this time period.

They hope it will help them better understand the impacts of spaceflight on the human body as humanity prepares to embark on long-term missions to other planets.

With this study, the Kelly brothers become the most thoroughly profiled twins in history.

NASA says the fact the twins are nearly genetically identical made for a perfect scientific experiment, providing researchers with a reduced number of variables and an ideal control group.

Some of the things that were studied included effects of long-duration spaceflight on the cardiovascular and immune systems, evolution of spaceflight adaptations related to fluid redistribution, changes in how astronauts see, changes in gut bacteria as well as how cognitive performance is affected by prolonged exposure to the spaceflight environment.

How astronauts cope cognitively is a critical area of study which NASA says will help in the planning of long-duration space exploration missions, such as trips to Mars, that will require humans to spend unprecedented amounts of time in space.

The space agency released a preview of the findings more than a year ago, saying that Scott Kelly’s DNA did not fundamentally change after spending a year in space but researchers did observe changes in gene expression. 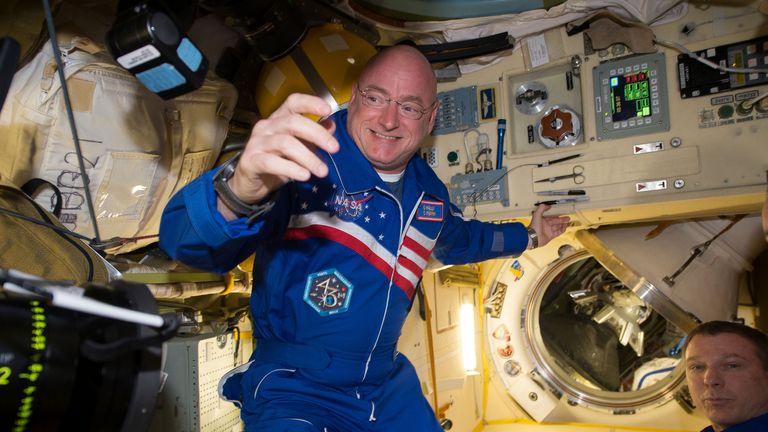 Scott Kelly is a former military fighter pilot, who commanded the ISS on three expeditions. In October 2015, Kelly set a record for the single-longest spaceflight by an American.

Mark Kelly, his twin brother, is a navy combat veteran and a veteran of four space shuttle missions.

He is the husband of former congresswoman Gabrielle Giffords, who survived an assassination attempt in 2011. Mark Kelly retired from NASA the same year to focus on his family.

He announced in February that he would be challenging for John McCain’s former US Senate seat.

NASA will share detailed results of the study at 8pm.