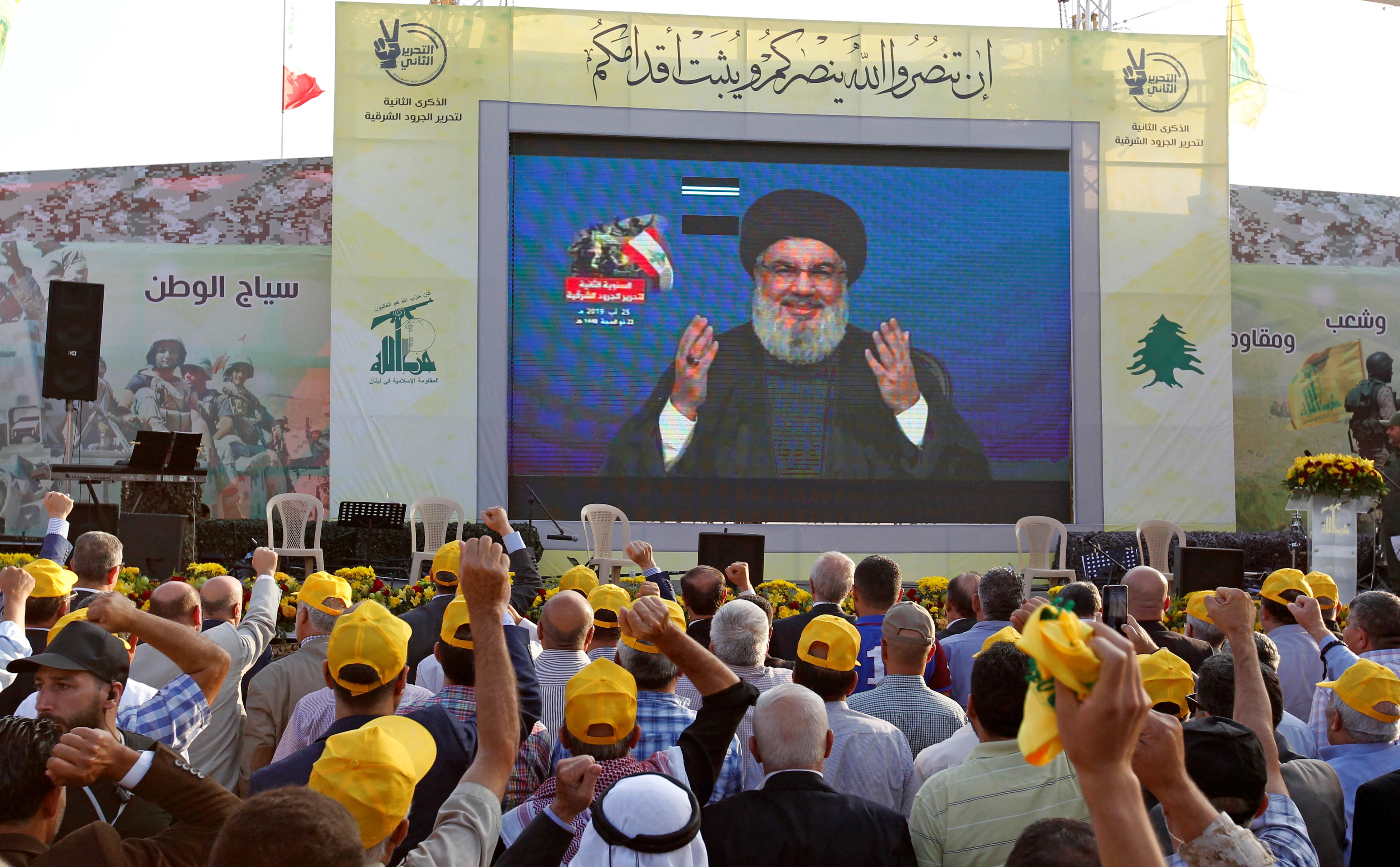 BEIRUT (Reuters) – Lebanon’s Hezbollah leader said on Monday that while a flare-up with Israel at the border had ended, the episode had launched a “new phase” in which the Iran-backed movement no longer has red lines.

In a televised speech, Sayyed Hassan Nasrallah said the new focus, now in the hands of fighters in the field, would be on targeting Israeli drones entering Lebanon’s skies.

He said Hezbollah’s Sunday attack had sent Israel a message that “if you attack, then all your border, your forces and your settlements” will be at risk.