Nations weigh mandates and incentives to drive up vaccination rates. 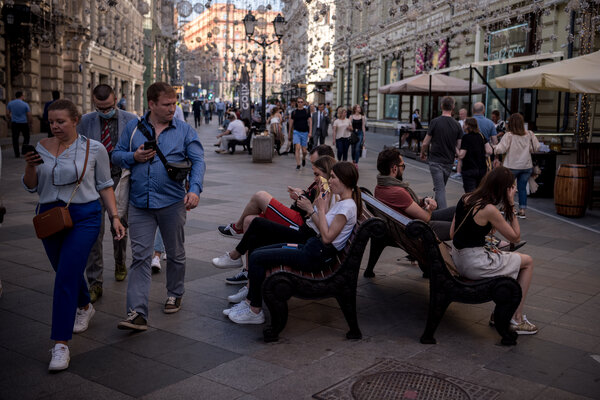 The coronavirus pandemic has exposed economic and social fault lines around the globe, but Covid-19 vaccines have made the divides even starker: While some poor countries are pleading for doses to save their people, a few rich ones are awash in shots and lacking takers.

A handful of U.S. states, for example, have tried incentives to get more people vaccinated. But in Moscow, as Covid hospitalizations surged this week, the city government took a harder line, mandating vaccinations for many workers in public-facing jobs.

Some other governments have also attempted to require vaccines. A province in Pakistan has said it will stop paying the salaries of civil servants who are not inoculated, starting next month. And Britain, which is seeing a surge attributed to the spread of the Delta variant of the virus, is weighing whether to make shots obligatory for all health care workers.

The Moscow Times quoted the city’s mayor, Sergei S. Sobyanin, as saying on Wednesday, “When you go out and come into contact with other people, you are an accomplice of the epidemiological process — a chain in the link spreading this dangerous virus.” The mandate he announced focuses on the education, entertainment, health care, and hospitality sectors and will continue until at least 60 percent of employees have been vaccinated, the newspaper reported.

In Britain, officials said that requiring health care workers to be vaccinated would help stop the spread of the virus in hospitals. Nadhim Zahawi, the British vaccine minister, said that there was a precedent for such a requirement. “Obviously, surgeons get vaccinated for hepatitis B, so it’s something that we are absolutely thinking about,” he told Sky News last month.

Many universities in the United States now require at least some students and employees to be vaccinated, and federal officials have repeatedly made clear that most companies with at least 15 employees have the right to require that workers are inoculated.

But vaccine requirements continue to face resistance from some.

In 15 American states, not a single college had announced any type of vaccine requirement as of last month. Days ago, 178 employees of Houston Methodist Hospital who refused to get a coronavirus shot were suspended. And on Saturday, protesters are expected at the offices of the New York State Bar Association in Albany, where officials will be discussing a report that recommends mandating a coronavirus vaccine for all New Yorkers, unless they are exempted by doctors.

But for the undecided who are open to persuasion, incentives to get the vaccine remain common: There are lotteries in California, college scholarships in New York State and free drinks in New Jersey.

The giveaways have spurred some to action. This week, both New York and California announced that they were lifting virtually all coronavirus restrictions on businesses and social gatherings.