Memo to Putin: NATO drills featuring 28 ships and 3,000 troops from 19 countries including the UK get underway in the Baltic Sea

A joint NATO training exercise has kicked off in the Baltic Sea – but will not feature any ground troops for the first time because of the risk of coronavirus.

Instead, all exercises will take place at sea and will include 28 vessels from 19 countries – including the UK, US, France and Germany – along with 28 aircraft and 3,000 crew.

The operation will also be commanded remotely from NATO’s new Joint Operations Centre which is located in Lisbon, Portugal.

The annual exercise – dubbed BALTOPS and now in its 49th year – began on June 6 and will last until June 16.

It has been broken down into two phases, the first of which will train the militaries of different countries to work together, and the second of which will test their ability to respond to threats in a coordinated way. 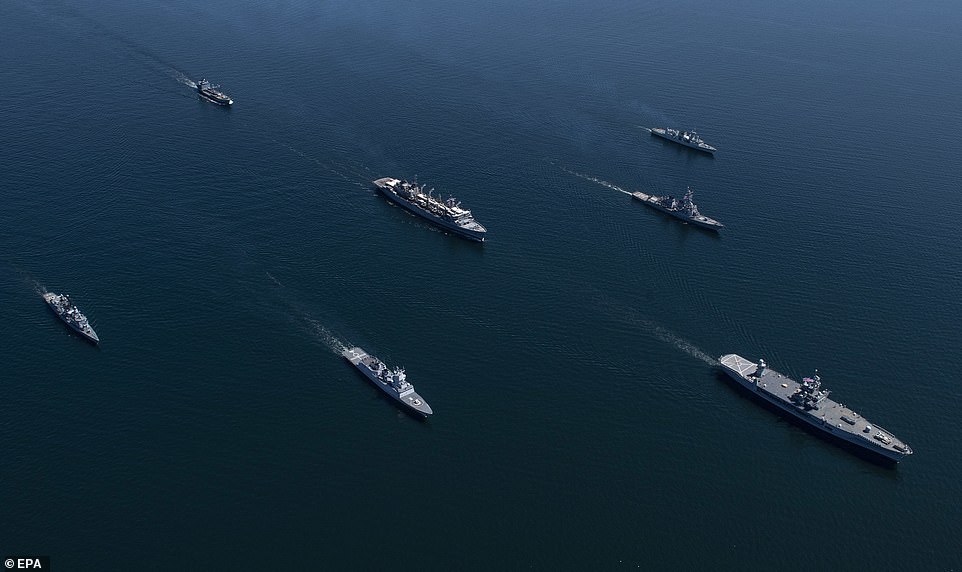 NATO’s annual training exercise in the Baltic Sea is underway – with 28 ships and aircraft, and 3,000 troops from 19 different countries taking part in ten days of drills (pictured, US Navy command ship USS Mount Whitney leads a formation comprised of frigates and supply ships from Germany, Canada, and Norway) 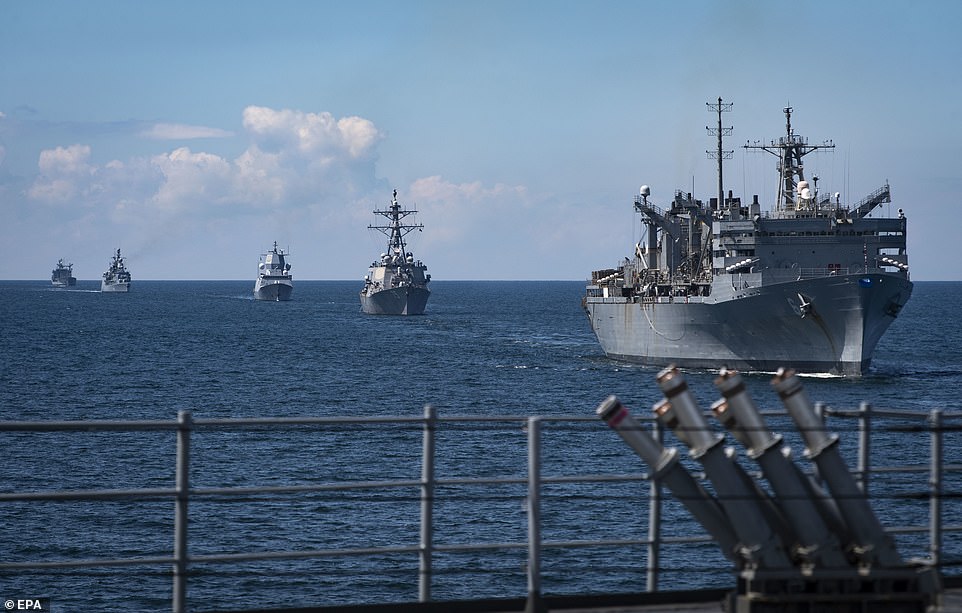 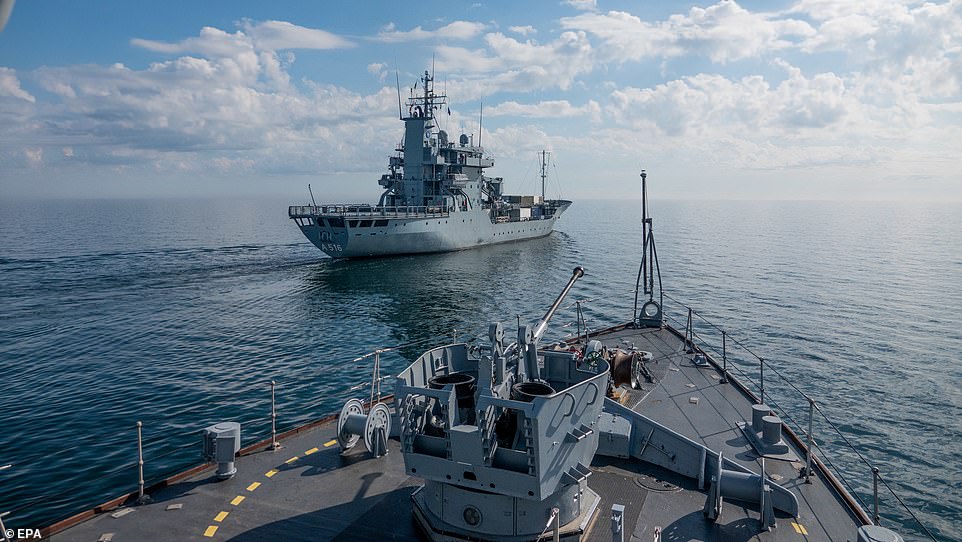 Pictured from the deck of the Lithuanian Navy’s LNS Skalvis mine-hunting ship is the rear of German supply ship FGS Donau, as the pair complete a resupply mission while at sea 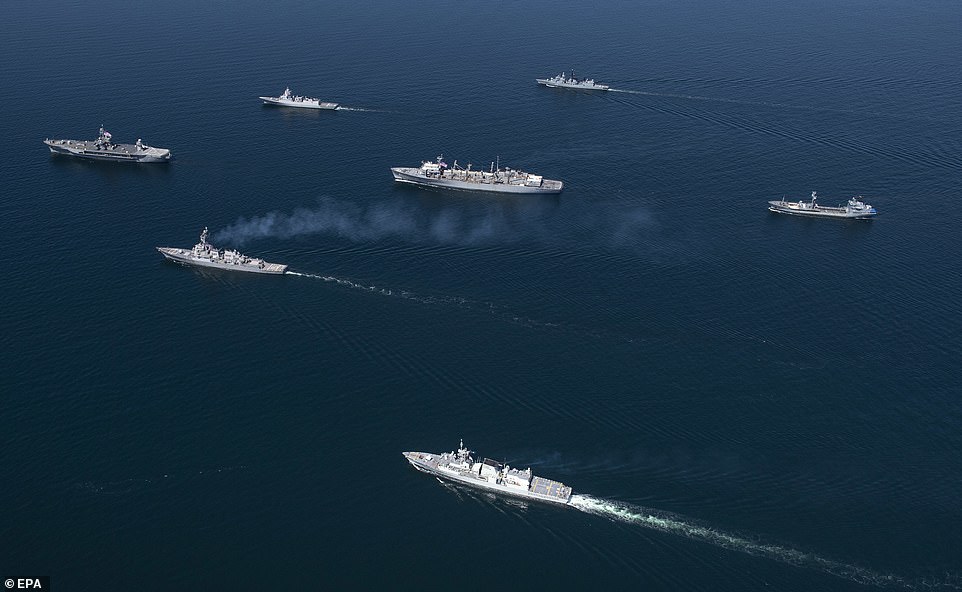 The exercises usually feature troops of Marines taking place in parachute and ground training, but this year the entire exercise will take place at sea to reduce the risk of spreading coronavirus (pictured is the USS Mount Whitney leading a formation of ships in the Baltic) 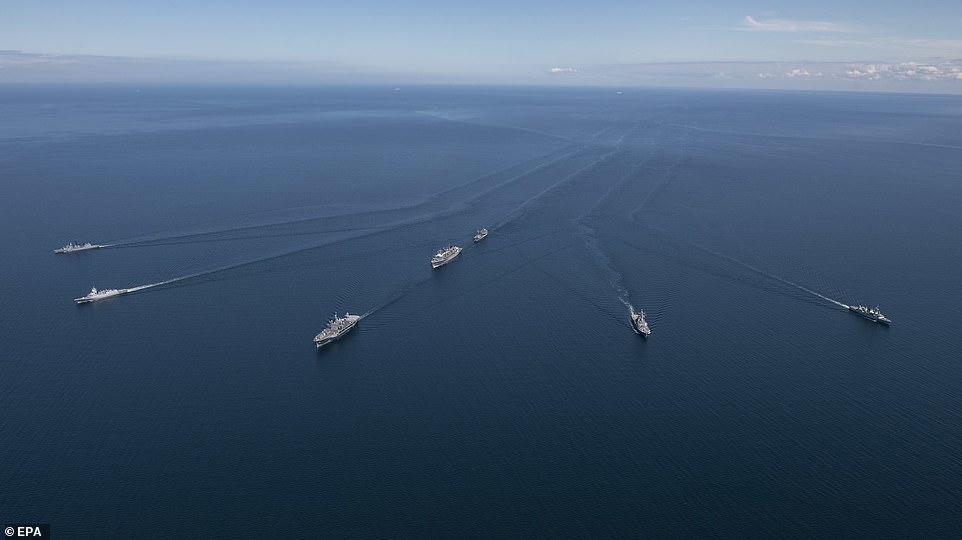 The training has been split into two parts – the first of which will feature exercises designed to make sure the navies of 19 countries can work together, and the second part of which will test that ability in simulated real-world conditions 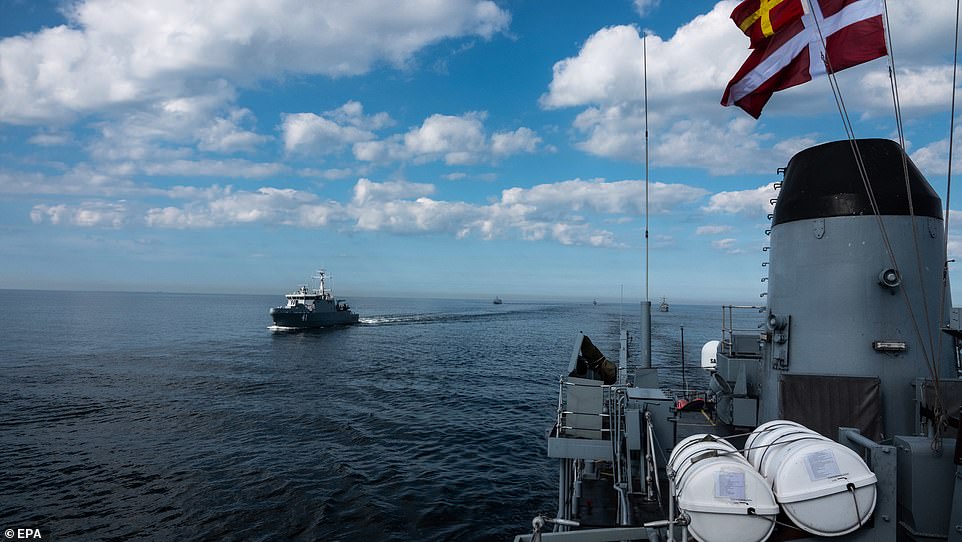 Unlike in previous years all the exercises will take place at sea to reduce the risk of transmitting coronavirus, while the operation will also be commanded remotely from NATO’s new Joint Operations Centre which is located in Lisbon, Portugal 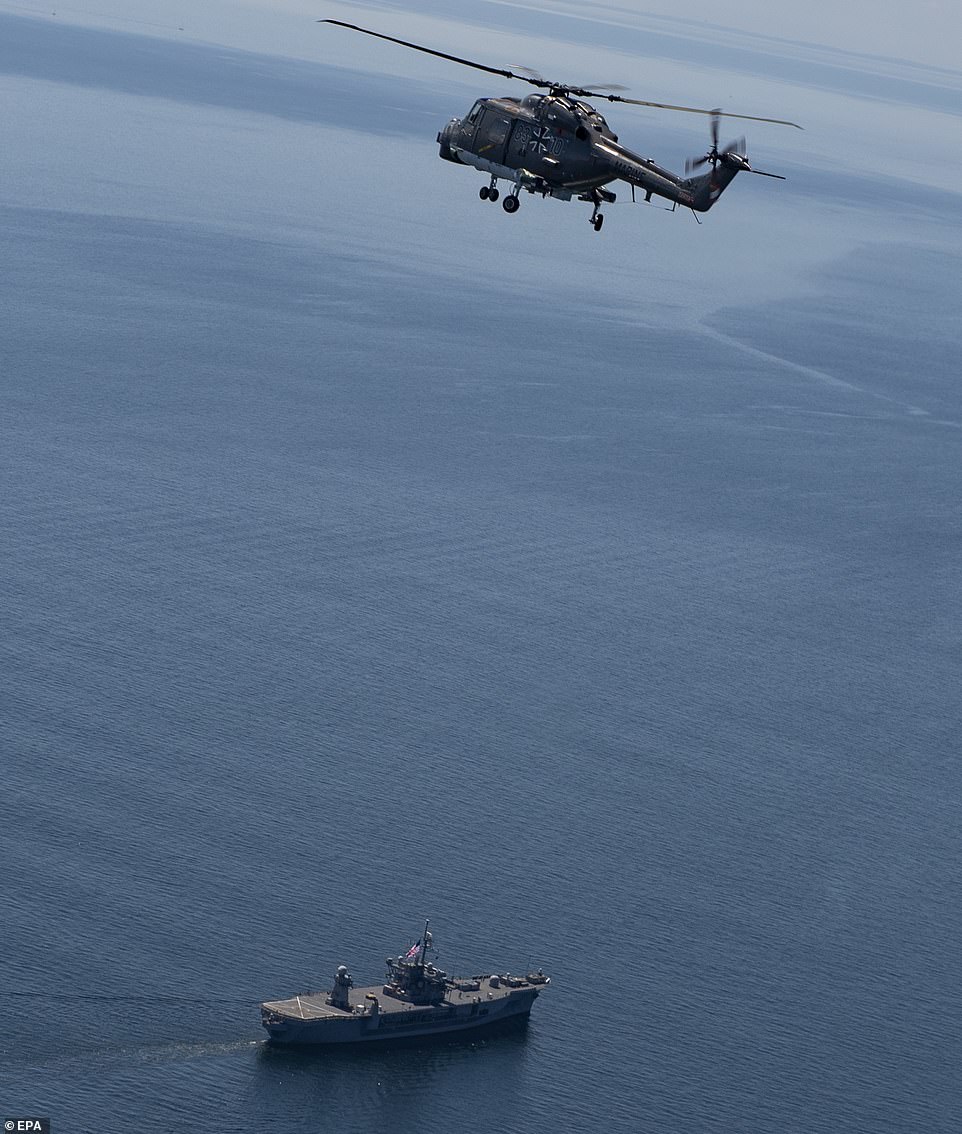