BRUSSELS — The nearly monthlong Russian war in Ukraine is on the verge of entering a stalemate, a senior NATO intelligence official said Monday, with Ukrainian forces preventing Russia from making progress but Russian President Vladimir Putin showing no willingness to back down.

“If we’re not in a stalemate, we are rapidly approaching one,” said the NATO official, who spoke on condition of anonymity to discuss sensitive military assessments. “The reality is that neither side has a superiority over the other.”

Belarus, a close Russian ally, may soon attack Ukraine itself and is preparing to potentially let Russia position nuclear weapons on Belarusian soil, the official said. Belarus has already allowed Russia’s military to use its territory to invade Ukraine.

The ominous assessment comes as President Joe Biden and world leaders prepare for a NATO major summit on Thursday here in Belgium and other high-level meetings focused on Russia’s war in Ukraine.

The U.S. and NATO allies have been heartened by Ukraine’s surprisingly strong resistance and Russia’s lackluster military performance. But Western leaders have also warned that Putin appears unserious about diplomatic negotiations to end the war, predicting a protracted conflict with devastating consequences for Ukrainian civilians.

The NATO official said that despite making no significant progress in the past two weeks, Putin appears dug in and unwilling to admit failure, likely foreclosing the possibility he will back down.

The Ukrainians, too, have “made very clear they will not give up,” the official said, adding that Russia would likely find it very difficult to maintain control over territory it’s captured in the face of “what’s likely to be a persistent and significant Ukrainian insurgency.”

“So what happens when you have these two forces then grinding on each other in this way? The loss of life and the damage is going to be quite severe,” the NATO official said. “Neither side here can win. Neither side will capitulate.”

It remains unclear to NATO whether Putin intends to pursue a “maximalist” strategy to capture all or most of Ukraine, the official said, but asserted that Russia had clearly expanded its set of targets in recent days, including by hitting sites in Western Ukraine that had gone mostly untouched in the early days of the war.

“The problem with a stalemate is that it’s a long, drawn-out fight,” the NATO official said. “Won’t they (the Russians) realize that they can’t win? Maybe, but that requires a degree of rationality and a willingness to admit that you haven’t won that there’s no evidence for at this point.”

Last month, voters in Belarus approved a referendum abandoning the country’s non-nuclear status, in what was widely seen as a political precursor to allowing Russia to base nuclear weapons in the country, which borders Ukraine to the north. Belarusian President Alexander Lukashenko has emerged as Putin’s staunchest ally in the war, holding high-profile meetings with the Russian leader and letting his country be used as a Russian military staging ground.

Now NATO is concerned that Belarusian troops may join the fight, the official said.

“The Belarusian government is preparing the environment to justify a Belarusian offensive against Ukraine and the imminent deployment of Russian nuclear weapons in Belarus,” the NATO intelligence official said.

Still, the official cautioned that Russia placing nuclear weapons in Belarus was not a foregone conclusion.

“I’m not telling you they’re going to put nukes in there tomorrow,” the official added. “What I mean is they’ve taken steps politically to now be able to receive nuclear weapons if such a decision is made.”

While Belarus has let Russia’s military use its territory to launch ground and air operations including airstrikes, air operations and strikes, NATO has not yet seen any firm evidence that Belarusian troops have participated directly in warfare in Ukraine, the official said.

“All they are at this point is complicit,” the official said. 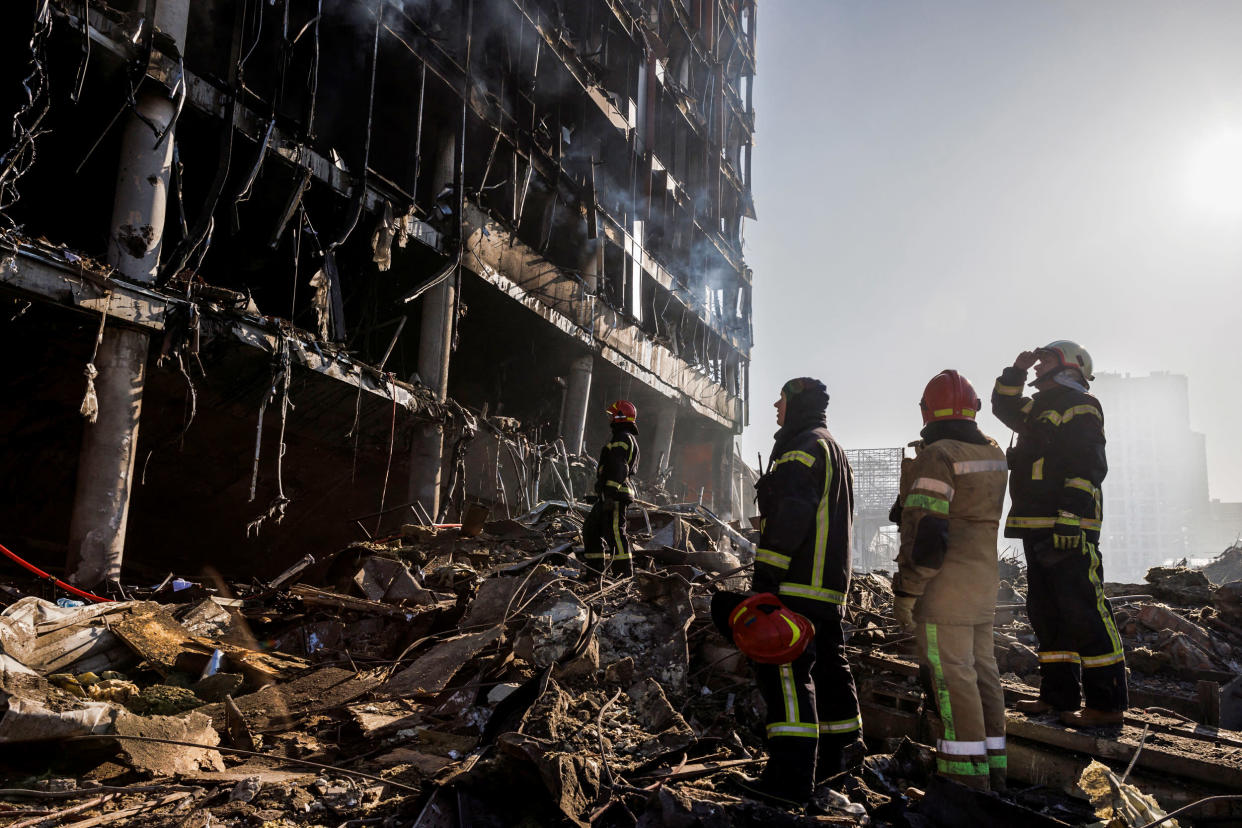