Some 79 castaways, abandoned on a remote island for two nights when their ferry to the mainland broke down, will finally return home tonight.

Of the group 20 were forced to sleep on camp beds in a church when their ferry broke down leaving them trapped on Lundy Island, 12 miles of the coast of Devon.

Others stayed in 23 properties, a campsite, Wheelhouse and Volunteers’ lodge for two nights when the MS Oldenburg suffered a major mechanical failure on Saturday. 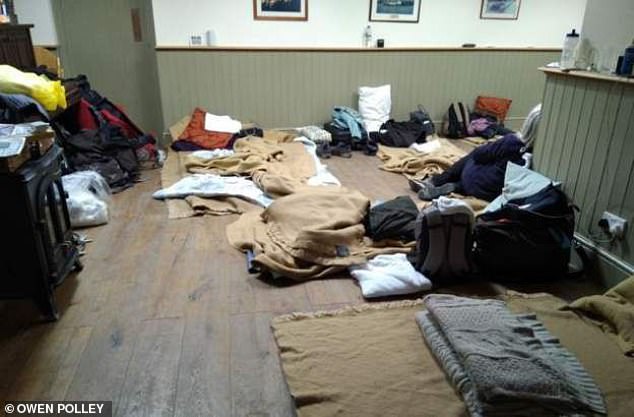 Stranded visitors stayed in 23 properties, a campsite, Wheelhouse and Volunteers’ lodge when the MS Oldenburg suffered a major mechanical failure on Saturday

Some were left to sleep on the floor of the island pub, the Marisco Tavern, but each visitor was offered all the food and drink they wanted.

The MS Oldenburg has now been fixed and will return the castaways to Bideford, north Devon, by 7.30pm tonight.

Island spokesman Vanessa Shaw said: ‘The Oldenburg will sail from Ilfracombe later this morning and passengers will board the ship from the Lundy jetty around 5pm.

‘It is expected to arrive into Bideford around 7.30pm tonight. Given the tide times the ship cannot arrive in the harbour any earlier than that.

‘The sailing will take around two hours and conditions look fine. We would like to thank all the guests for their patience and understanding over the last few days.’

Owen Polley, 35, from Bristol, was one of the people stuck on the island.

Owen arrived on Lundy with his mum for a surprise two-night trip on Thursday and spent Saturday night in a shared room with five strangers.

He said: ‘We started hearing whispers about problems with the boat around lunch time on Saturday.

‘Then, rather than head down to the jetty, we were all told to go to the tavern. 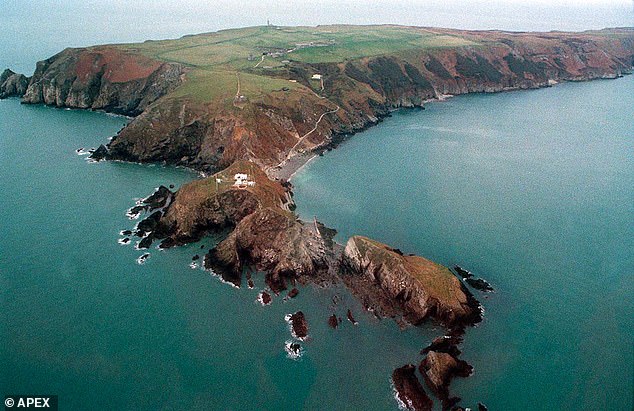 Owen Polley, 35, from Bristol, was one of the people stuck on the remote island (pictured). Owen arrived on Lundy with his mum for a surprise two-night trip on Thursday and spent Saturday night in a shared room with five strangers

‘They told us that the boat had broken and we couldn’t get home. They said they were sorting out accommodation for us but it is obviously very limited out here.

‘There are double the amount of people here that they can usually accommodate so they really had to squeeze people in.’

Owen said about 20 people slept on makeshift beds in the island’s church while others slept in the tavern.

He said: ‘I was quite lucky as I was able to share a room in a holiday let with five other people.

‘Everyone has been amazing. Staff have given up their rooms to allow people to stay there and we’ve all been given free meals and drinks.

‘We’ve been making the most of it and have definitely made a few friends.’

On Saturday morning we reported that the MS Oldenburg had a mechanical problem during a large swell and rough conditions.

The coastguard confirmed that those onboard had been transported back to the island safely.

A spokesman for the island added: ‘The Lundy team identified spaces for everyone to stay overnight in the 23 properties, campsite, Wheelhouse, Church and Volunteers’ lodge.

‘All guests were made as comfortable as possible and given warm bedding and all the food and drink they needed.

‘Thank you to everyone involved, including HM Coastguard and all the passengers and guests.’