Controversial neurosurgeon Charlie Teo has been prevented from performing certain operations until he obtains a second opinion by a fellow neurosurgeon after complaints led to an emergency hearing before regulators last week.

The conditions placed on Dr Teo were published on the website of the Australian Health Practitioner Regulation Agency (AHPRA) on Tuesday. It follows an urgent hearing of the NSW Medical Council last week into the complaints which were deemed of such seriousness that the health and safety of the public might be at risk. 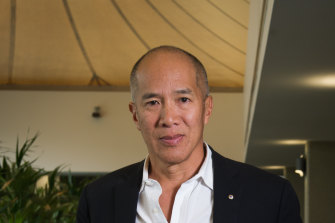 The conditions include that the celebrity neurosurgeon must not perform any “recurrent malignant intracranial tumour and brain stem tumour surgical procedures” unless he has obtained written approval from an independent neurosurgeon.

That person has to be approved by the Medical Council.

The second opinion is to determine whether Dr Teo has explained to the patient “all material risks” and has obtained “informed financial consent.” Dr Teo also has to show that there is a plan for managing interstate patients.

Dr Teo is already the subject of an investigation by the Health Care Complaints Commission (HCCC). The Medical Council said the current matter which had led to the conditions being placed on Dr Teo have also been referred to the HCCC.

“All conditions on Dr Teo’s registration will remain in place pending the outcome of the investigation by the HCCC or until the conditions are removed by the Council, whichever is earlier,” said a spokesperson for the council.

It is understood that the “immediate action panel” was convened following complaints from several interstate neurosurgeons alleging that Dr Teo performed operations which left financially-stressed interstate patients stranded in the NSW public hospital system or that they were sent back home to be cared for by their local health systems.

In a previous Herald investigation, a number of neurosurgeons, oncologists and intensive-care specialists in public hospitals across the country raised serious questions about the patients of Dr Teo who arrived to be cared for in the public system once their money had run out.

“He operates on people, they run out of money and then he sends them to the public hospital and expects them to look after them,” said one specialist.

The Herald’s investigation revealed that many patients without health insurance were crowdfunding, mortgaging their houses or borrowing money to meet the $100,000-plus cost for a brain tumour operation with Dr Teo in Sydney’s Prince of Wales Private.

A Melbourne neurosurgeon recalled being on call at Royal Melbourne Hospital one Friday night when he “received a call to say a patient had arrived back from Sydney from surgery from Charlie Teo”.

The neurosurgeon said a patient had arrived unannounced in the emergency department with cerebrospinal fluid [brain fluid] leaking from the nose “after a curative operation by Charlie in Sydney”.

The doctor said the patient had a rare tumour that was being managed at Royal Melbourne.

“The family heard of Teo and paid some astronomical sum of money to have this operation in Sydney”, but could no longer afford to stay in a private hospital.

“Charlie got the word that I was cross and rang me and said he couldn’t treat the patient at the private hospital” because the patient had run out of funds.

In a legal letter, Dr Teo responded: “Charlie is not aware of any of his patients who have died from cerebrospinal fluid pouring out the nose, this is called a CSF leak and is repairable in most circumstances.”

Asked about his arrangements for post-operative care, Dr Teo’s lawyer replied: “If a patient is unfunded and interstate they are not allowed due to public hospital regulations to have elective surgery in a different state, unless the state where the patient is from documents that no one else is willing to do the surgery then they can be referred to a different public hospital to have the surgery, they are then put on the hospital public waiting list.”

Another doctor emailed: “As an intensivist in Adelaide, I have on several occasions received patients transferred from Sydney when their loved one [often young] never regained consciousness following surgery and then ran out of money paying the intensive care costs in Charlie’s … Prince of Wales.”

One ex-colleague of Dr Teo’s talked of the false hope he gave families. “To me the most heartbreaking scenarios we dealt with on our ward were the families left totally unprepared” for the not always positive outcomes after Dr Teo’s surgeries. “Patients and families were frequently told they would be ‘walking out the door in a couple of days’; the reality was more often weeks of self-funded intensive hospital care followed by high-level rehabilitation or home-care requirements.”

The doctor said that families “who had scraped together their life savings just to afford the surgery bill” struggled to meet the additional costs.

“I understand why these patients and families opt to have these ‘last-ditch’ surgeries – but I wonder how many would make this same choice were they properly counselled by Dr Teo regarding the high risks for spiralling costs, high-level care needs and [in many cases] a pretty dismal quality of life for the time they have left,” the doctor emailed.

According to the Medical Council’s conditions placed on Dr Teo’s registration he must disclose whether a patient has travelled from interstate for the surgical procedure and the nature of the intended procedure.

If the council-approved neurosurgeon supported the procedure, Dr Teo must provide details as to the Medicare Benefits Schedule (MBS) item and whether there were any complications following the surgery, stipulate his new conditions.

Dr Teo, who is known to be prickly with colleagues, now has to have meetings with a supervisor to discuss “patient selection and advice”, post-operative care as well as his “professional behaviour”: which includes “communication with colleagues and patients.”

He also has to submit to random audits of his medical records.

On Friday, Dr Teo pre-empted the Medical Council’s finding by issuing a press release which stated he accepted “the Medical Council’s direction to consult with another neurosurgeon on two rare types of surgery and will also have retrospective discussions with a colleague to review outcomes.”

His statement also claimed that the Medical Council had “agreed” that over the last six months Dr Teo had put in place “an advanced set of advanced [sic] office procedures, which are expected to become the benchmark for good administrative practice for surgeons.”