A new $850 million hotel in Las Vegas will focus on health and ‘wellness’ rather than gambling and slot machines.

Known as The Majestic, the ‘non-gaming’ non-smoking, ultra-luxury complex offers spas, body treatments and fitness classes instead of roulette and blackjack tables.

Plans show the 45-story five star hotel which will have 720 rooms, will be near the city’s new convention center, which is currently under construction. 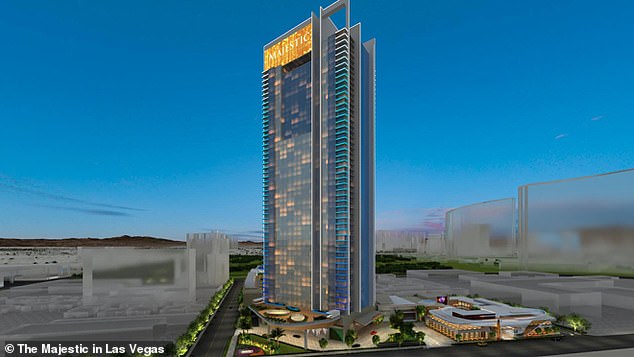 The Majestic in Las Vegas is planned to be 45-stories high and have 720 rooms, catering for spas, health treatments and fitness classes 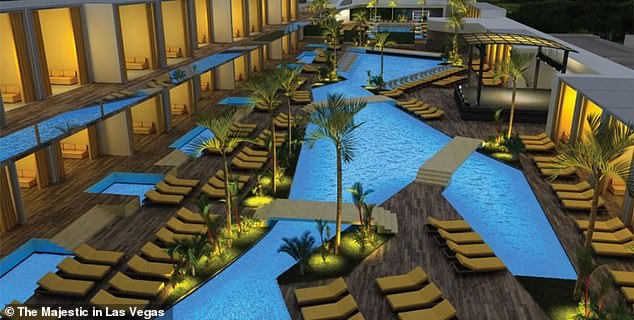 The $850 million hotel will include a four-level, 70,000 sq ft fitness, nutrition and spa facility with body treatments and personal nutritionists

Construction on The Majestic is scheduled to begin in April or May next year, with completion estimated for early 2023.

Casinos in Nevada reported $11.9 billion in revenues last year, which represents the third-largest total in the state’s history, according to the Nevada Gaming Control Board.

But developer Lorenzo Doumani, owner of Majestic Resorts, does not think the company will miss out on revenues by not offering gambling to guests as ‘there’s gambling everywhere now’.

He told Fox News: ‘It’s not just the casinos and the smoke and all of that. There’s a lot of very healthy people in Vegas.’ 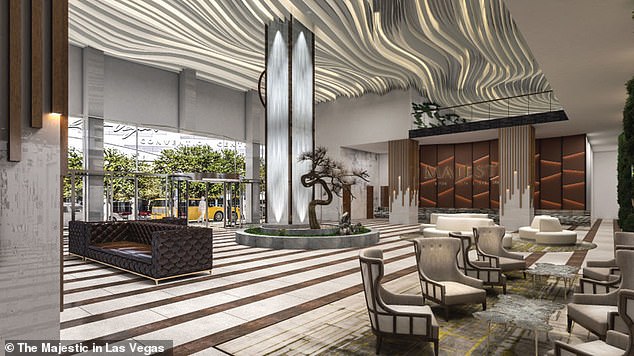 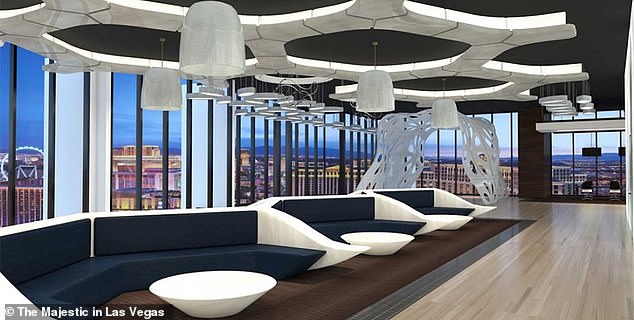 Construction on The Majestic hotel in Las Vegas is due to begin in April or May next year, with completion estimated for early 2023 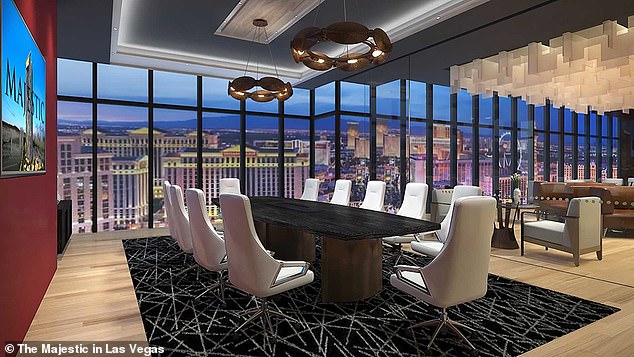 The six-acre project in central Las Vegas will also feature restaurants, plus 10 floors of convention and meeting space

Doumani bought the 12-story Clarion hotel in 2014 and imploded it in early 2015 to make way for the new Majestic.

But Doumani struggled to get Federal Aviation Administration approval for the new hotel’s proposed height of around 620 feet.

He added the hotel aims to give ‘the best in health and wellness’ and a provide personalized programs to prevent potential future health complications.

The Clarion was sold at auction after going bankrupt under actress Debbie Reynolds, in 1998 by the World Wrestling Federation.

A wrestling-themed casino was planned for the site but it was sold in 2000 before being sold to a series of different developers. 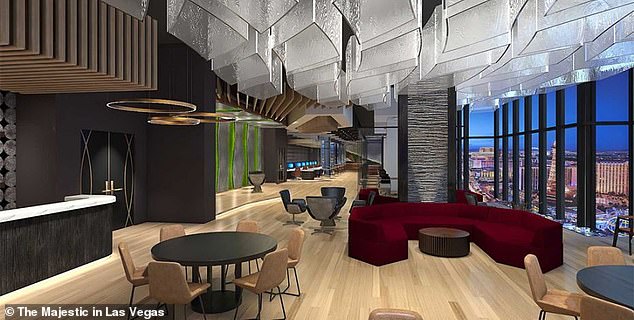 The new planned Majestic Hotel sits on the site of the former Clarion, which was pulled down in 2015 after being bought by a series of different developers

An adult video and bookstore believed to have operated the last remaining peep show in Las Vegas has closed to make way for a marijuana dispensary.

Showgirl Video shut down last month after nearly four decades, marking the end of an era in Sin City.

The building will soon be torn down to make way for a marijuana dispensary, the Las Vegas Sun reports.

It was believed to be the last place in Las Vegas with a peep show – where dancers perform behind a window that opened when a customer placed $1 into a machine.

Las Vegas passed an ordinance in 1992 banning sexually oriented businesses along the Strip, but Showgirl Video was grandfathered in under old code.

Raymond Pistol, who sold the business in 2016, believes many adult businesses have been overtaken by the internet.