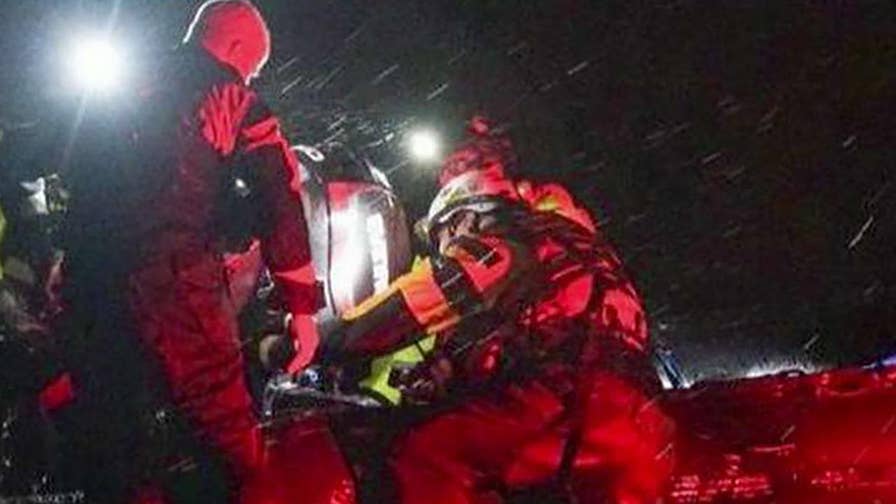 Hundreds of people were rescued in New Bern, N.C., on Friday as Tropical Storm Florence continued its assault on the Carolina coast after making landfall in the morning.

More than 360 people were rescued as of midafternoon Friday, but another 140 were still waiting for help, city spokeswoman Colleen Roberts told the Associated Press.

Sadie Marie Holt, 67, was among those rescued.

Holt, who has diabetes and clogged arteries, said she stayed for doctor’s appointments that were canceled at the last minute.

She tried to row out of her neighborhood Thursday night with a boat that was in her yard after her home began to flood, but had to retreat because of the poor conditions. 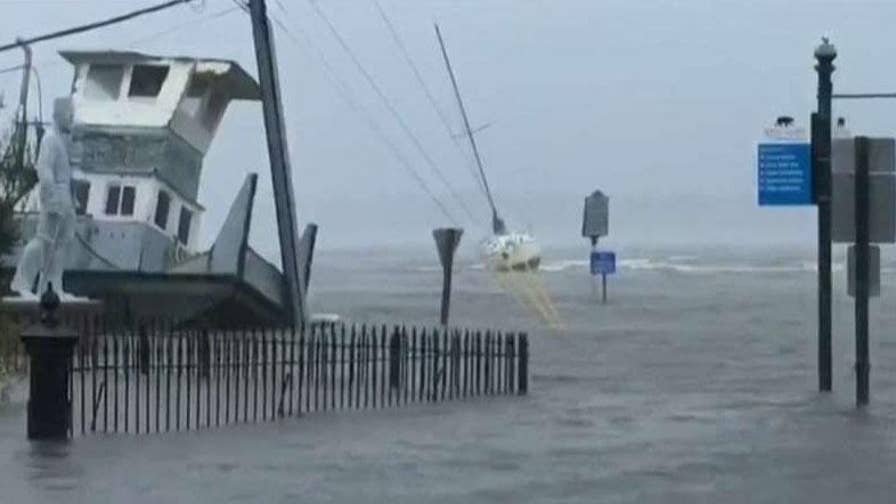 Tom Ballance, New Bern resident and business owner, told the Weather Channel that he watched water rise around him while sitting in his home, according to the Charlotte Observer.

“Nobody expected this,” Ballance said. “We were fools.”

We’re a resilient community, we work well together, we’ll get through this."

New Bern, a city of about 29,000 people, sits on a peninsula between the Neuse and Trent rivers. Crews from the city and the Federal Emergency Management Agency (FEMA) were working with citizen volunteers to get people to dry ground, Roberts said.

“We’re not going to be satisfied until the last resident is rescued and in a shelter, and then we can assess damages and go from there,” New Bern Mayor Dana Outlaw said, according to the Herald Sun of North Carolina.

When Florence started battering eastern North Carolina with record rainfall, the rivers began to swell — and combined with high tide, made for dangerous flooding.

The city has been placed under a 24-hour curfew until further notice, Roberts said, according to the Herald Sun.

“We’re a resilient community, we work well together, we’ll get through this,” Outlaw said.

"Nobody expected this. … We were fools."

Roberts said early estimates show about 4,300 residences and 300 commercial buildings had been damaged.

She said that count is expected to increase significantly. 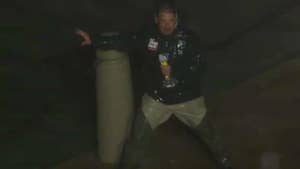 Over 350 people being rescued in New Bern, North Carolina

There had been no reports of injuries or fatalities, though most of the city was without power and thousands of buildings had been damaged, she said.

New Bern, a 300-year-old city that was once the state capital, is about a two-hour drive southeast of Raleigh.

Even though Florence was downgraded to a tropical storm, it already has proven deadly with its nearly nonstop rain, surging seawater and howling winds.

At least four people have died, but authorities fear the death toll with increase as the storm crawls westward Saturday across South Carolina.

Amy Lieu is a news editor and reporter for Fox News.