New rules will prevent racist or derogatory names being given to places across Victoria amid a push to celebrate women and include more Aboriginal languages in the titles of new streets and suburbs.

A five-yearly review of Victorian rules has resulted in stronger controls that will require a state government naming register to assess all new proposed names to ensure they are not offensive. Traditional Owners will also gain more control over the name selection process. 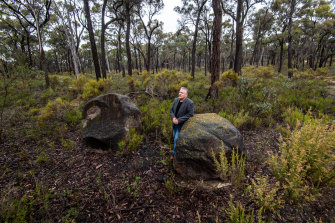 “To support healing, we’re making sure the process we have for naming places in Victoria doesn’t cause offence and better reflects the whole of the community,” a state government spokeswoman said.

The updated rules will apply to new developments and there are no plans for a statewide audit to reassess names that could cause offence. So, for now at least, colourful but questionable place names such as Mount Buggery in the Alpine National Park, or Spanker Knob, a hill in Gippsland near Bruthen, will not be changed.

Dual names with both English and First Nations languages will also become more common to help the wider community better understand the connection between places and their Indigenous culture.

In New Zealand, many places carry both Maori and English names, while indigenous language names for geographical places are becoming more common in Canada.

Gender equality and the use of Aboriginal languages will be encouraged, but the policy stops short of setting targets or quotas.

“For me, it’s decolonising. It’s liberating,” he said.

But Carter argued against dual English and Aboriginal names, saying the use of Indigenous languages meant that landscapes in particular would be shown more respect.

“It’s putting us as people back in the landscape. It’s healing to people.”

The changes come as communities and councils grapple with the legacy of place names that are clearly racist or derogatory in origin.

Last month, the Hepburn Shire Council voted unanimously to change the name of Jim Crow Creek to Larni Barramal Yaluk, which means home or habitat of the emu in the Djaara language.

The term Jim Crow stems from a blackface character from the United States in the 1800s and is also associated with racial discrimination. 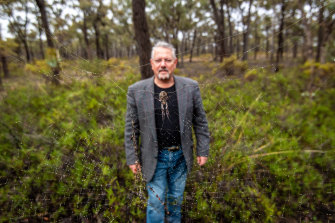 The state government confirmed Lubra Creek in the Moyne Shire is also in the process of being renamed. Its name comes from a derogatory term for Aboriginal women.

While Geographic Names Victoria has been responsible for ensuring names were not offensive, it will now consider whether any new proposed name is sexist, racist or homophobic when assessing applications.

The new rules will also allow Traditional Owner groups to act as naming authorities and conduct the name change process, which includes community consultation, although they will still need Geographic Names Victoria’s approval.

Kerry Wilson, who co-founded the Put Her Name On It campaign to achieve equality in public place names for women, said the new guidelines were an important step.

“If we can contribute to more diverse spaces that shine the light on women, diversity and Aboriginal heritage, I think there’s good evidence that those places will feel more welcoming and safer as well,” she said.

Wilson said there was a huge gender imbalance in place names in Victoria. “It should never have got to this point that it is so darn unequal.”

However, many names that may be considered offensive remain across Victoria.

Mornington Peninsula Shire Mayor Anthony Marsh said his council had received a complaint about a local waterway named Chinamans Creek, but there were no plans to change it.

Debate has also raged about statues in Gippsland dedicated to explorer Angus McMillan who is known for massacring Indigenous people in the 1840s.

La Trobe University historian Professor Clare Wright said only 3 per cent of full-bodied statues in Australia represented historical women. She said it was crucial that naming conventions better recognised women and Indigenous people. “It’s not just about historical redress, it’s about the future,” she said.

In 2020, the Bass Coast Shire conducted a gender assessment of names of roads, features and localities across the municipality. It found no localities named after women compared with 16 for men, while 93 roads carried women’s names while men accounted for 182.

Just eight features were named after women, compared with 48 for men.

The council’s chief executive, Ali Wastie, said there were plenty of chances to recognise the contribution of women in the area.

“Bass Coast Shire Council is experiencing unprecedented growth, so there will be many opportunities to name new roads, streets, reserves and buildings,” she said.