Navy and police divers are scouring waters around New Zealand’s White Island in search of the remaining two victims of Monday’s volcanic eruption that left 16 dead and dozens severely burned.

Police said the divers are working in contaminated waters with near-zero visibility, describing the conditions as “unique and challenging”.

A team from the New Zealand Defence Force started a retrieval operation from the island from first light on Friday, despite ongoing warnings of further activity from the volcano.

Wearing protective suits and using breathing apparatus owing to the threat of toxic gases, the team recovered six bodies which were then transferred via helicopter to a navy ship, the HMNZS Wellington, and taken to Auckland for identification. 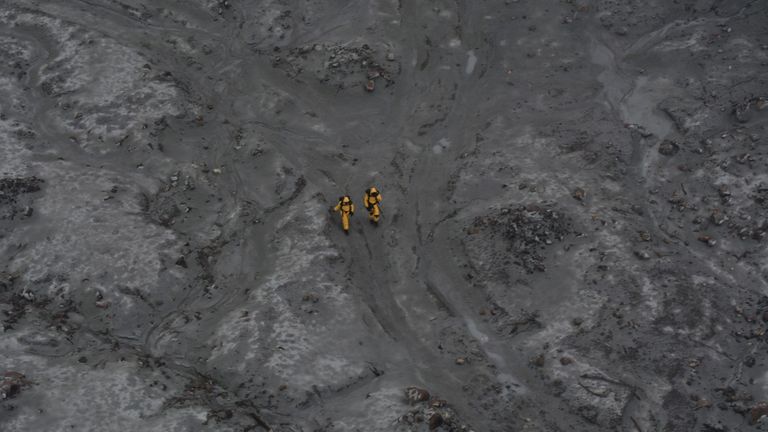 Two more bodies of victims known to have been on the island could not be located during the four-hour mission.

Police believe one of the missing bodies was seen in the water close to the island by rescue teams on Tuesday. The location of the other body is not known.

Divers began the search for the bodies on Friday but were forced to stop near evening when weather conditions deteriorated. An aerial search of the island was also suspended.

In a statement on Saturday, geological agency GeoNet said there was a 35% to 50% risk of an eruption that would impact beyond the volcano’s vent area in the next 24 hours. Authorities say 47 people from seven nationalities were visiting the island when it erupted – many were from a Royal Caribbean cruise ship that had left Sydney two days earlier.

There were 24 Australians, nine Americans, five New Zealanders, four Germans, two Britons, two Chinese and a Malaysian in the area at the time. 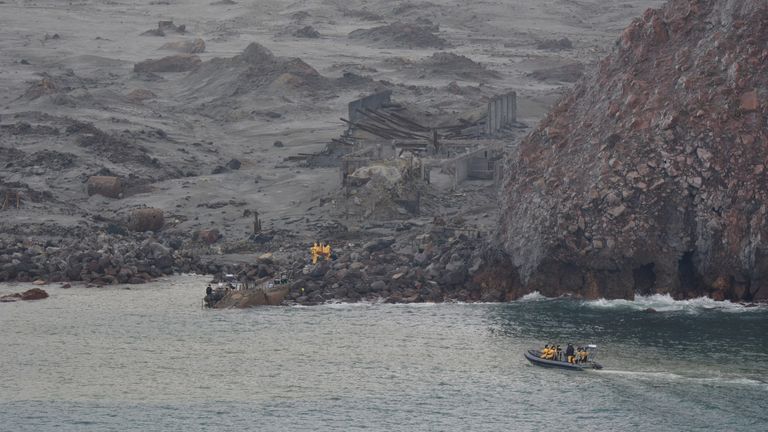 Authorities have faced growing pressure from families of the victims and the local community to bring back those killed as soon as possible.

He added: “The victims and their families are our priority but we also have important obligations.

“We must work on behalf of the Coroner to ensure correct identification.

“It would be unforgivable to get the identification process wrong.” 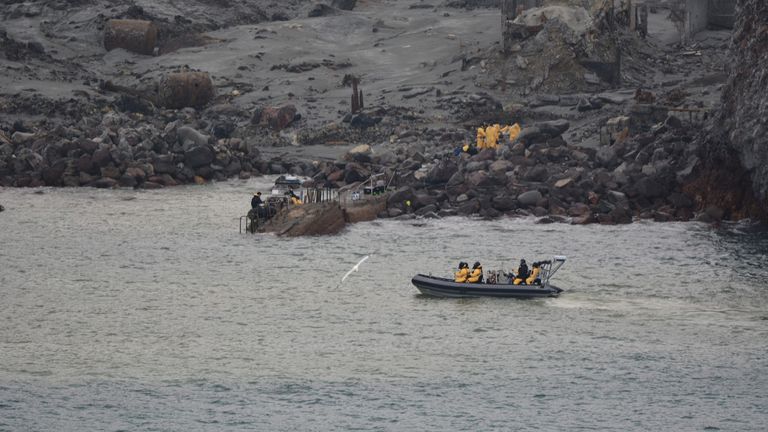 While no lawsuits have yet been filed, legal experts say they expect action in US courts by injured passengers and families of those who died.

Maritime lawyers claim the firm’s potential liability could hinge on whether the eruption was an unforeseeable “act of God”. 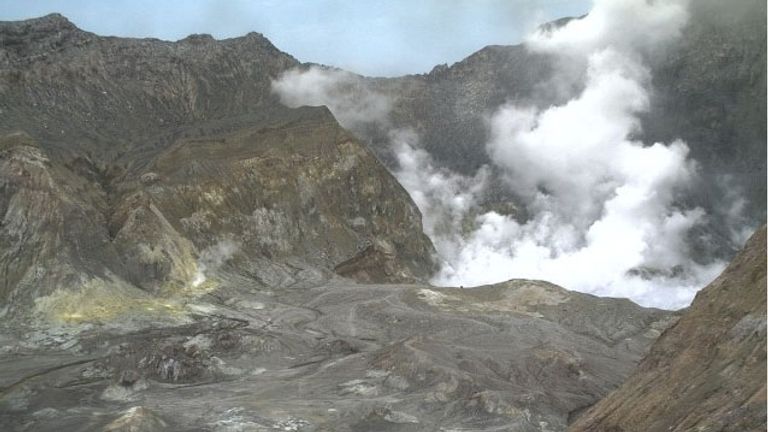 Royal Caribbean ticket terms posted on its website suggest the company is not liable for any injury, death or loss of property caused by an act of God – as well as war, terrorism or other events beyond the company’s control.

It will likely argue the disaster was an extraordinary event no one could reasonably foresee, according to Robert Kritzman, a lawyer with Baker Donelson in Miami.

He said: “If a volcano were to erupt, clearly that isn’t negligence on anyone’s part, that’s nature.” 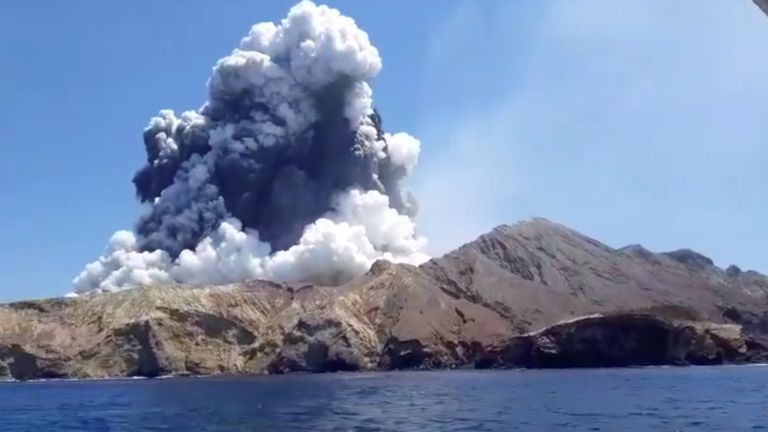 Royal Caribbean did not respond to questions about missing passengers or whether it told passengers of the risks of visiting the island.

In an email, the company said: “We grieve this tragic loss. We will to continue to offer our support and services to the families during this difficult time”. 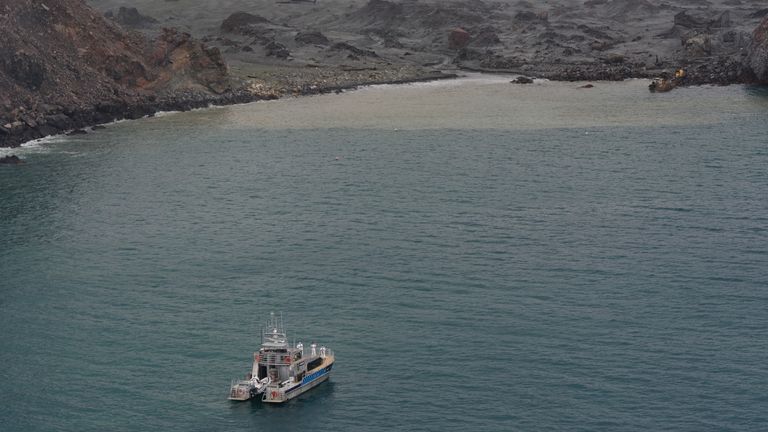 Prime Minister Jacinda Ardern has called on New Zealanders to observe a minute’s silence in memory of victims of the disaster at 2.11pm on Monday, exactly a week from the eruption.

Ms Ardern and her Cabinet will pause in silence during their regular meeting at parliament in Wellington.

“Wherever you are in New Zealand or around the world, this is a moment we can stand alongside those who have lost loved ones in this extraordinary tragedy,” she said.

“Together we can express our sorrow for those who have died and been hurt and our support for their grieving families and friends.” 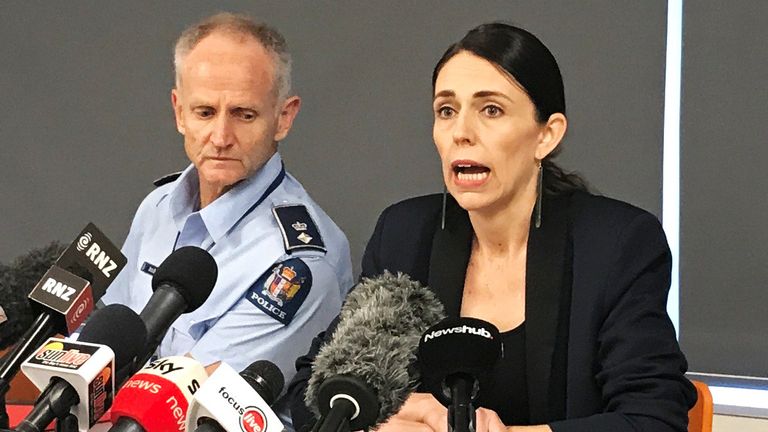 White Island’s volcanic alert has been lowered to two – there has been no further eruption since Monday, when the level had briefly been raised to four.

Its alert level since late Monday had been three, on a scale where five signifies a major eruption.