An estimated 20,000 people have attended a national memorial service in New Zealand to commemorate the victims of the Christchurch terror attack.

Crowds stood in silence at a park in the city as the names of the 50 people shot dead in two mosques were read out.

Two young girls briefly took to the stage in an unscheduled appearance so one of them could read out her father’s name.

“He passed away on 15 March and he was a really nice man,” one of the girls said. Dozens of representatives of governments around the world attended the remembrance service.

It was held near the Al Noor mosque, where more than 40 of the victims died when their place of worship was targeted by a suspected white supremacist during Friday prayers two weeks ago.

During the service, New Zealand’s Prime Minister Jacinda Ardern said: “Our challenge now is to make the very best of us a daily reality.

“We are not immune to the viruses of hate, of fear, of other. We have never been.

“But we can be the nation that discovers the cure. And so to each of us as we go from here, we have work to do.” 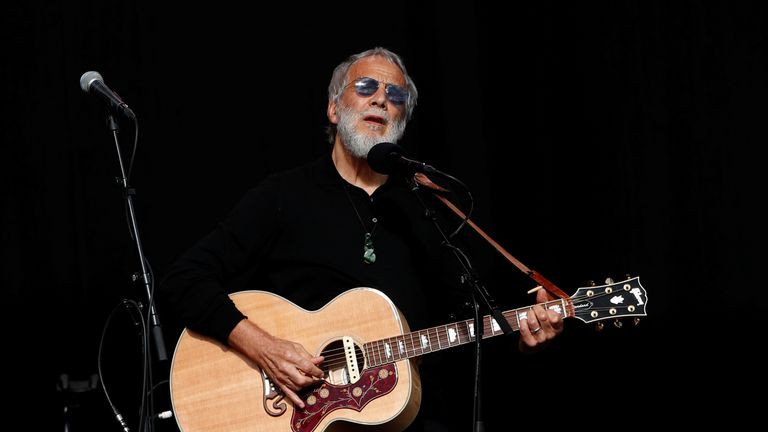 Ms Ardern, who has been praised around the world for her response to the terror attack, wore a Maori cloak known as a kakahu during the service.

She stressed that a global effort is needed to end the vicious cycle of extremism in society.

The widow of a woman who died in the mass shootings told the crowd that he had forgiven his wife’s killer because he did not want to have “a heart that is boiling like a volcano”.

Farid Ahmed, whose wife Husna was killed, said: “I want a heart that will be full of love and care and full of mercy and will forgive easily, because this heart doesn’t want any more lives to be lost.” 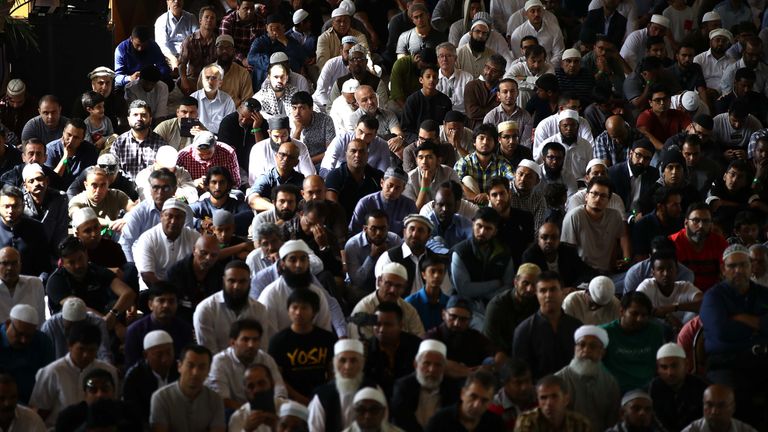 The British singer, who converted to Islam in 1977, said: “We learn about things through their opposites.

“And it’s through opposites like this, the evilness of that act and what drove it, we find its opposite, which is the love and kindness and unity that has sprung up right here in New Zealand.” 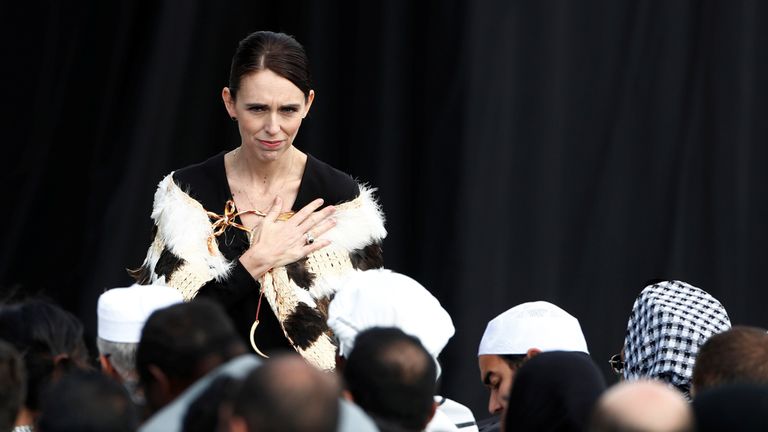 Security was tight around the memorial, and New Zealand remains on high alert.

Police Commissioner Mike Bush said the service, which was also broadcast on television nationwide, was one of the largest security events ever conducted by police in the country.

Officers closed down nearby streets and patrolled the park with semi-automatic weapons, but the atmosphere was relaxed during the 90-minute memorial.

Brenton Tarrant, a 28-year-old Australian, has been charged with murder following the attacks.