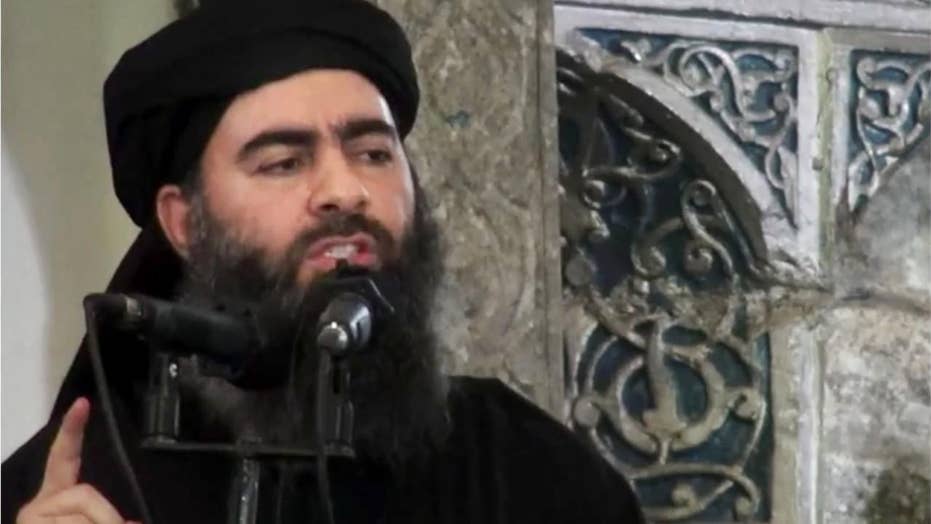 Where is Baghdadi? The world’s most wanted man

The status of the most wanted man in the world remains unknown, but authorities are continuing to piece together clues indicating that ISIS leader Abu Bakr al-Baghdadi is at least alive.

Documents revealed this month by The Sunday Times showed that ISIS leadership had not only tasked members with “bringing in migrants” as a means to funnel finances and fighters from the crumpled “caliphate” in Syria into Europe and orchestrate attacks, but one letter in-particular among the document trove was specifically addressed to Baghdadi.

The December-dated letter, reportedly signed by six leaders, detailed the terrorist outfit’s blueprint for operations in the wake of lost territory – ranging from bank robberies to computer hacking to vehicle rammings. Another letter to Baghdadi late last year, signed by ISIS commander Abu Taher al-Tajiki, lays out an array of potential target sites for striking in Europe.

NEW ZEALAND NURSE HELD CAPTIVE BY ISIS GROUP IN SYRIA FOR 6 YEARS MAY BE ALIVE: REPORT

The letters underscore that not only is ISIS seemingly devoted to overseeing global attacks, but that its shadowy commander still pulls rank.

“The latest information is that he is still in the Syrian desert, and could not enter into the Iraqi side because of concerns about evading the security measures on the borders,” Sabah al Namaan, Baghdadi’s spokesperson for the counterterrorism agency, told Fox News late last month, stressing that finding the shadowy figure remains of critical importance due to the “symbolic significance” Baghdadi holds in governing the brutal terrorist outfit.

Hisham al Hashimi, a member of the National Reconciliation Commission and a researcher in extremism and terrorism affairs in Iraq, who advises Baghdad and several foreign governments on terrorist activity, said the latest security analysis has pinpointed Baghdadi in “three possible locations.” Two of those are in the arid Syrian wasteland – Tadmur or Homs desert – and the third is just over the border, on the Iraq side.

“All these locations are very wide and very large with around 200 square miles,” Hashimi noted. “He is a specialist at knowing how to survive, using different disguises and only with two people – his brother and his driver – with him.” 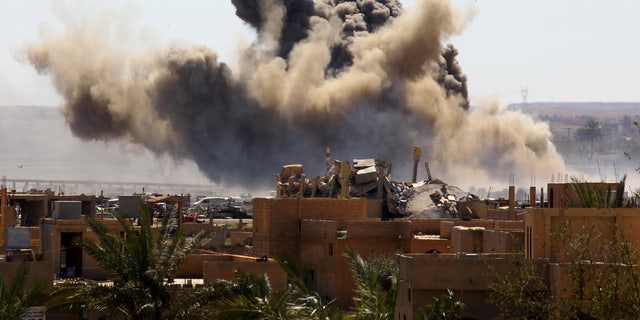 He also pointed out that the assumption was that Baghdadi was never in Baghouz, the final Syrian battle zone which fell last month, during the fight, but is believed to have “motivated” his fighters prior to the last showdown.

Baghdadi remains the world’s most wanted man, with the United States continuing to offer up to $25 million for information leading to his location. While most of his closest aides and confidantes have been slaughtered in the years of intense fighting, the leader is broadly believed to be alive, and still very much in the sights of U.S., SDF and Iraq elite forces.

ISIS BRIDE CLAIMS SHE’D BE MODEL CITIZEN IF SHE'S ALLOWED TO RETURN TO US: ‘I DIDN’T HATE AMERICA’

He is also believed to have survived a coup effort from within his own ranks in January when several senior fighters attempted to oust him by leading him from his hideout into a firefight with foreign fighters. But he was reportedly whisked away by his security.

The elusive terror chieftain, who is around 47 years old, has only ever made one known public appearance. That was in July 2014 when he surfaced at the historic al-Nuri mosque in Mosul to declare himself the “caliph” in the weeks after the group took control of Iraq’s second-largest city.

GET THE FOX NEWS APP

Since then, unproven claims of Baghdadi’s death have run the discourse from time to time.

“Until a body is found,” one high-ranking Iraqi intel chief said. “We believe is alive.”