An Indian woman who killed her husband with a sickle just four days after their wedding, allegedly blamed the murder on suffering a ‘painful headache’.

Sinki Devi, 23, reportedly attacked new husband Ravindra Singh, 30, in their bedroom in the early hours of Wednesday, slashing him with the sickle before cutting his throat.

The incident took place in the village of Mukimpur, in the north-eastern Indian state of Bihar which borders Nepal. 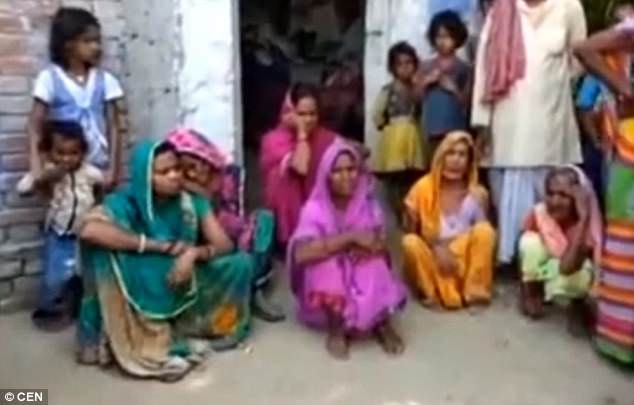 Shock death: Relatives of Ravindra Singh, 30,  mourn his death outside the home in Bihar, India, where his new wife Sinki Devi reportedly killed him

The newlyweds had gone to bed, reportedly without quarrel, on Tuesday evening, with Mr Singh’s screams waking up his mother Bhagwati Kunwar at around 1am.

Mrs Kunwar told police she had spent ten minutes frantically banging the door, after which Devi let her in.

Mrs Kunwar says she found her son lying in a pool of blood, and called for help from family members and neighbours who rushed the bleeding man to hospital.

Mr Singh was declared dead upon arrival at hospital, and Devi was arrested and charged with her husband’s homicide on Wednesday morning. 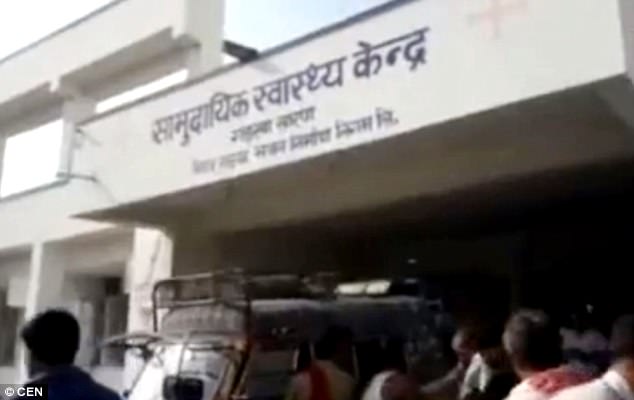 Mystery: Mr Singh was declared dead upon arrival at hospital, pictured, and police say Devi was ‘extremely calm’ when she was arrested, blaming a ‘very painful’ headache 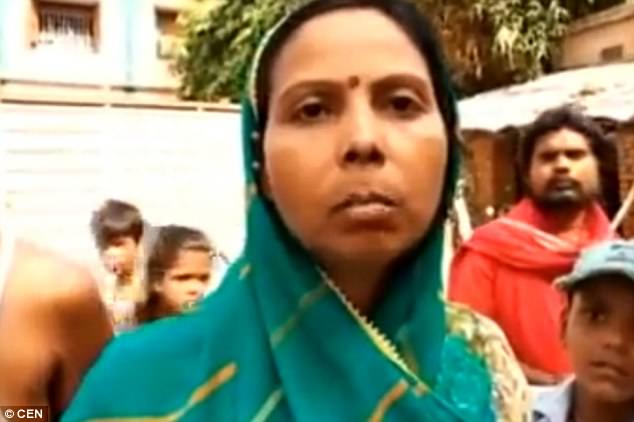 Devi reportedly attacked Mr Singh in their bedroom, slashing him with the sickle before cutting his throat. Pictured is a relative of Mr Singh

A police spokesperson said that the newlywed appeared ‘extremely calm’ despite her partner’s gory demise.

According to police, Devi said she had killed her husband because she was suffering from a ‘very painful’ headache in the night.

Both newlyweds had been married before and Devi has a young daughter from a previous relationship.