NHS cardiac research nurse, 34, dies from coronavirus as colleagues pay tribute to ‘true gem’ who ‘lit up the room’

An NHS nurse working in a Clinical Research Facility at St George’s Hospital in London has died of coronavirus, it has been confirmed.

Ken Lambatan, 34, worked at the hospital’s cardiac unit. He is the latest NHS front line worker to have died of Covid-19.

His death was announced a short time before the nation held a minute’s silence for health workers such as Mr Lambatan, who lose their lives to the killer disease. Nurse Ken Lambatan, who was based at the cardiology department at St George’s Hospital in London is the latest NHS front line worker to have died of Covid-19 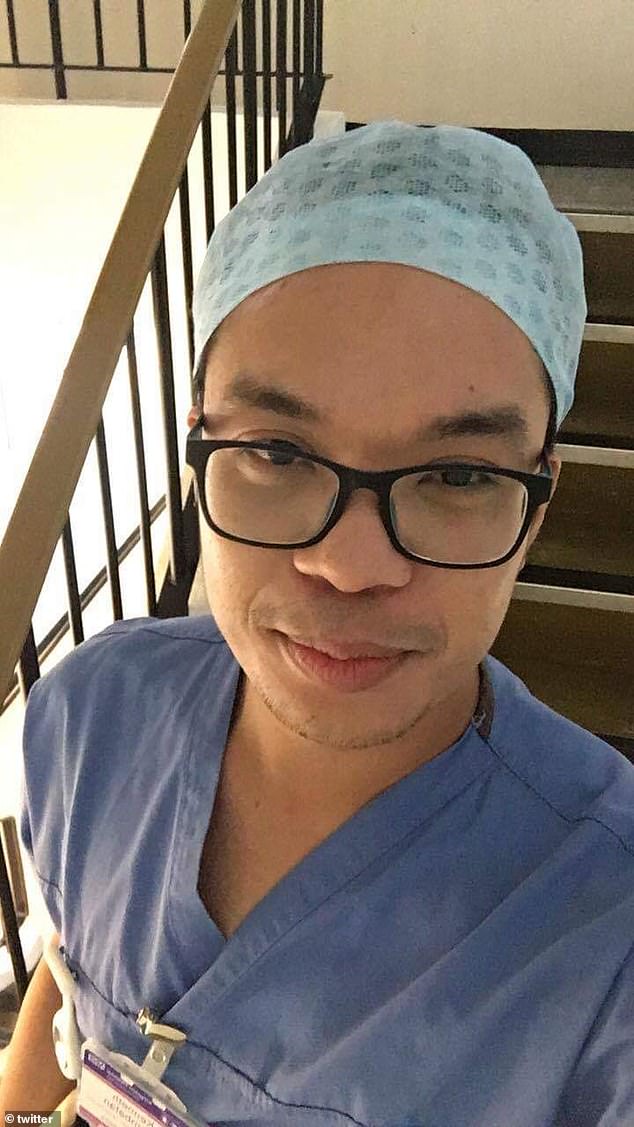 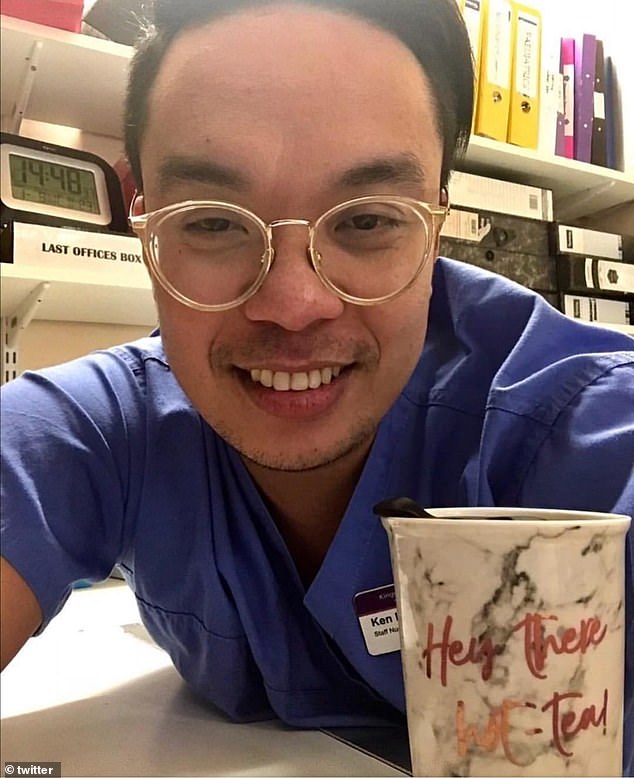 In a statement released today, the pair wrote: ‘Everyone at St George’s is deeply saddened by the death of Ken, one of our cardiac research nurses.

‘Ken was very popular with staff, and described as a “true gem” by those that knew him well. He was dedicated to his role as a research nurse here at St George’s, and was as popular with his patients as he was with colleagues.

‘Our thoughts go out to his family, friends and colleagues at this time.’

Therese Hona said on Twitter: ‘My sister’s friend Ken Lambatan, a research nurse at St. George’s Hospital, has died today. He was barely 34 years old, fit and active. He developed hypercoagulation as a complication to COVID. His family is immensely heartbroken. Please honour him by staying at home.’

The Press Association has confirmed that more than 90 front line health care workers have died since March 25.

At least 24,000 people in the UK have died after suffering confirmed or suspected Covid-19, new figures show.

Some 24,243 deaths involving coronavirus have now been registered across the UK, analysis by the PA news agency shows, as the Care Quality Commission (CQC) reported there had been more than 4,000 deaths in care homes in England.

It comes as the nation held a minute’s silence to honour those who have lost their lives on the frontline following a campaign from Unison, the Royal College of Midwives and the Royal of College of Nursing.

People across the UK paused for a minute in tribute to the sacrifice made by those in roles ranging from doctors and nurses to carers, cleaners, porters and bus drivers.

Prime Minister Boris Johnson, who has just returned to work this week after recovering from Covid-19, joined the countrywide commemoration, as did Health Secretary Matt Hancock.

It comes as the NHS is preparing to resume key non-coronavirus services, including the most urgent cancer care, over fears thousands of patients could be having their illnesses made worse or missed altogether.

Professor Karol Sikora, a cancer specialist and dean at the University of Buckingham medical school, said the NHS must get going again on heart and cancer care, adding there was a need to avoid a ‘catastrophe’ on cancer.

Earlier, the Health Secretary was confronted on LBC radio by the son of a medic who died two weeks after warning the Government about a lack of personal protective equipment (PPE).

Intisar Chowdhury, 18, the son of Abdul Mabud Chowdhury, a consultant urologist at Homerton hospital in east London, asked Mr Hancock whether he regretted not taking his father’s concerns seriously and asked him to ‘openly acknowledge’ there had been mistakes in handling the virus.

Answering the question, the Health Secretary said: ‘Intisar, I’m really sorry about your dad’s death and I have seen the comments you’ve made and what you’ve said in public and I think it’s very brave of you.

‘We took very, very seriously what your father said and we’ve been working around the clock to ensure that there’s enough protective equipment.’

Danny Altmann, professor of immunology at Imperial College London, told the Commons Science and Technology Committee he would be ‘terribly worried’ about lifting lockdown measures with no or limited knowledge of the population’s immunity against coronavirus.