NHS hospitals have spent tens of thousands of pounds painting pedestrian crossings in the rainbow colours of the LGBT+ movement during the pandemic, The Mail on Sunday can reveal.

MPs last night accused NHS bosses of ‘pandering to woke nonsense’ and said the money should have been spent on patient care.

More than 20 Trusts have spent £46,000 on the rainbow crossings since 2019, data released under Freedom of Information requests has shown. 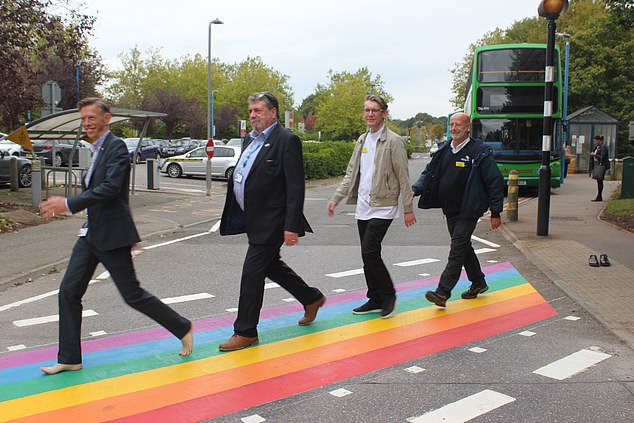 Sherwood Forest Hospitals NHS Trust in Nottinghamshire, which spent £2,780 repainting a crossing in 2021, said it was the ‘latest addition to the trust’s equality, diversity and inclusivity agenda’ as well as a ‘symbol of the difficult 15 months we’ve all had in the NHS’.

Sherwood cited a 2018 report by the charity Stonewall that concluded one in seven LGBT+ people avoid seeking healthcare for fear of discrimination.

However, North Cumbria Integrated Care NHS Foundation Trust said it chose not to install rainbow crossings because they were ‘not deemed value for money’.

Sir John Hayes, chairman of the Common Sense Group of Conservative MPs, said: ‘This is another example of a public sector organisation pandering to woke nonsense.

‘Crossing the road is not about your sexual orientation.

‘It is about being safe. The fact some clown in the NHS has chosen to spend money that could have been spent on patients on this kind of stuff is disgraceful. The idea a gay person would be more likely to go to hospital if they were in need of care because of the colour of a crossing – if it wasn’t so disturbing, it would be the stuff of a Monty Python sketch.’

Some hospitals have already reversed their decision. Belfast Health and Social Care Trust spent £2,824 on two rainbow crossings in the past year, both of which have now been removed. 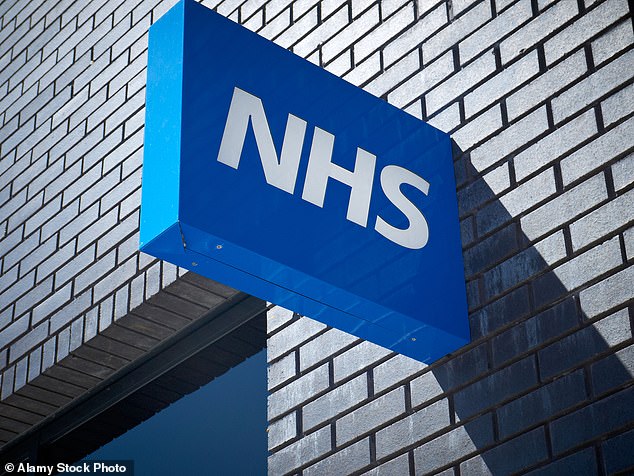 But Shrewsbury and Telford Hospital NHS Trust, which painted two crossings in August 2020, said they were intended to ‘send a positive message’ to members of LGBT+ community. It has also hired someone to lead an Equality, Diversity and Inclusion committee.

It is understood the trusts were not acting on NHS England guidance and made the decision individually to spend the money on rainbow crossings.

Duncan Simpson, research director at the TaxPayers’ Alliance, which submitted the Freedom of Information requests, said: ‘NHS managers should not be splashing out on pointless paint jobs.

‘With working households facing the looming health and social care levy, patients expect to see hospital bosses focus their funds on the frontline. Not a penny more of taxpayers’ cash should be wasted on rainbow crossings.’

A spokesman for NHS England said: ‘While it is for individual trusts to decide how they allocate funding, the NHS is one of the most efficient health services in the world.’