NIGEL Farage has cracked up reading some of the hilarious and rude Tweets trolls have sent him online.

The Brexit Party boss had fun batting back some of the jokes, compliments and insults from members of the public. 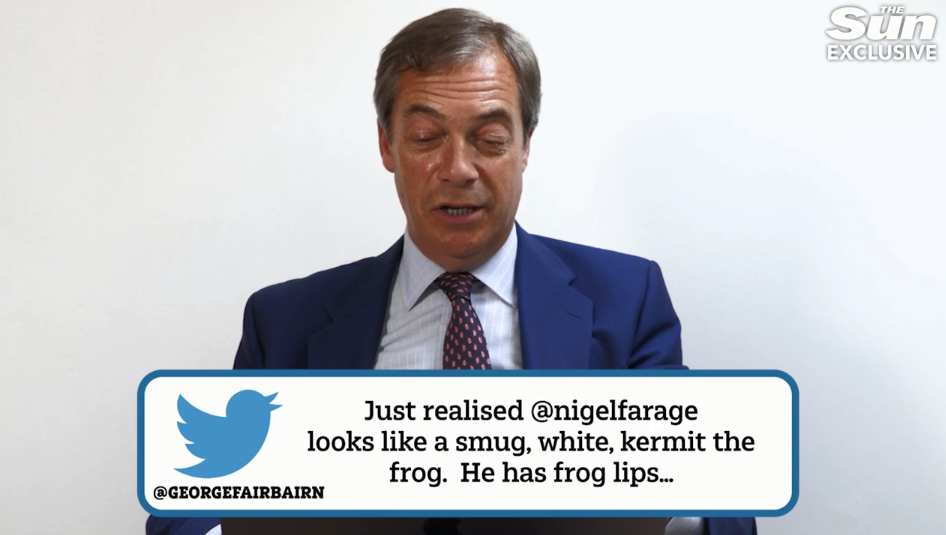 In an exclusive video for The Sun Online, which he dubbed "Nigel versus Twitter" he took the challenge in his stride.

"This is the one medium where people can be really beastly!" he joked.

One rude Tweeter said he looked like a "smug, white, Kermit the frog".

And another added: "He's probably the only person in the world who loves the sound of his own voice more than Piers Morgan does…"

He shrugged off jokes about looking like a dog and about his recent milkshake incident too.

But others were more kind and complimentary to him after his success in last week's EU elections.

One said he was a "beacon of hope" and another added: "I'll buy you a pint if I see you up my local!"

Nigel replied: "Some people like me… I'll be there in an hour!"

Another added: "Nigel Farage, I could seriously marry you".

But he turned her down, saying: "I wouldn't recommend it… Several have tried, it never seems to work very well".

He cracked up and was left stumped at another tweet which read: "Don't want nudes unless ya Nigel Farage xx." 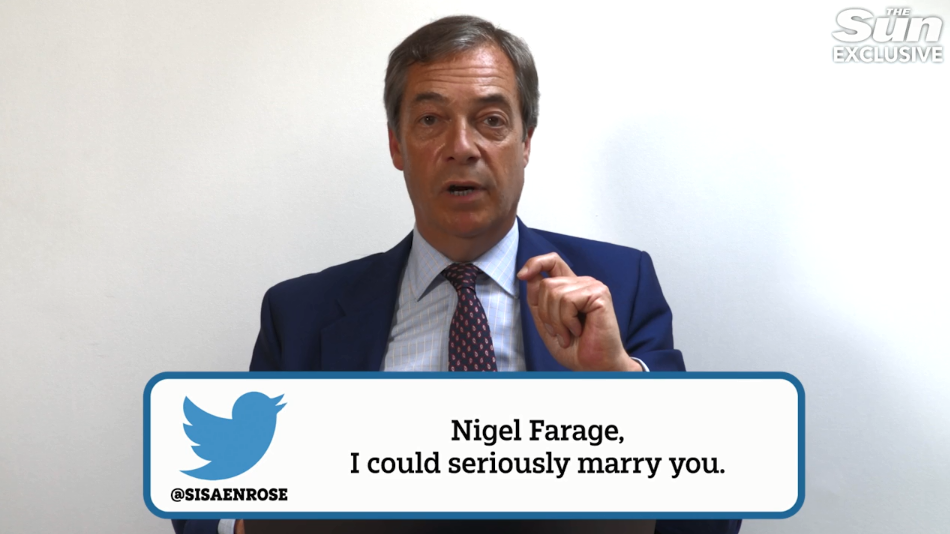 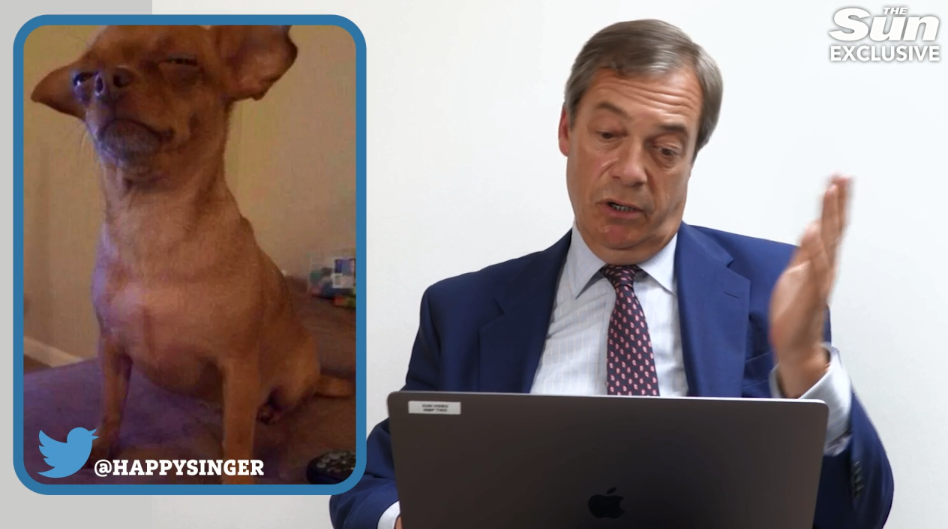 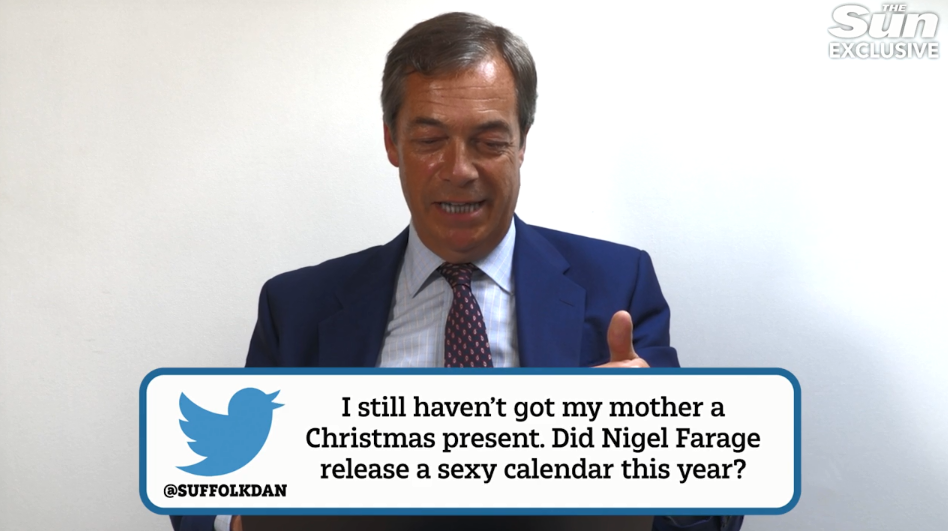 One user even asked him: "I still haven't got my mother a Christmas present. Did Nigel Farage release a sexy calendar this year?"

"No!" Mr Farage replied. "But my mum's done several and done them for charity and raised over £50,000 for the local hospice.

Mr Farage claimed today that President Trump's team were told not to meet him when he comes to the UK next week.