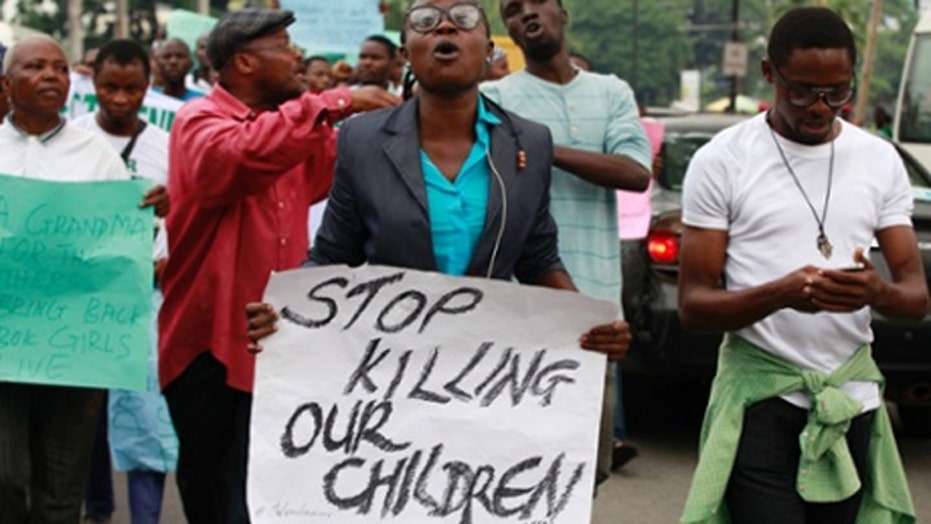 Franco Majok gives insight into who is supporting the terrorists

The religious persecution of Christians in Nigeria is teetering on genocide, religious leaders and foreign policy analysts caution in a desperate bid for the international community to take urgent action.

The Rev. Johnnie Moore, co-author of the new book “The Next Jihad: Stop the Christian Genocide in Africa,” told Fox News that Christian communities have been decimated by terrorists in parts of Nigeria – and most of the persecution happening in the shadows.

“Thousands of churches have been torched, children massacred, pastors beheaded, and homes and fields set ablaze by the tens of thousands, with people being targeted for their Christian faith alone,” he said.

FRENCH CATHOLICS PROTEST FOR END TO LOCKDOWN ON MASS

Earlier this year – just weeks before the outbreak of the coronavirus pandemic – Christian Solidarity International (CSI) warned of a possible genocide unfolding in the West Africa country of 206 million people. The warning underscored that “the conditions for genocide exist in Nigeria, with Christians, non-violent Muslims, and adherents of tribal religions being particularly vulnerable," and called on the permanent members of the U.N. Security Council to take heed.

But the cry fell on deaf ears, and as the pandemic has gripped the already fragile state, the level of persecution is documented to be getting worse. 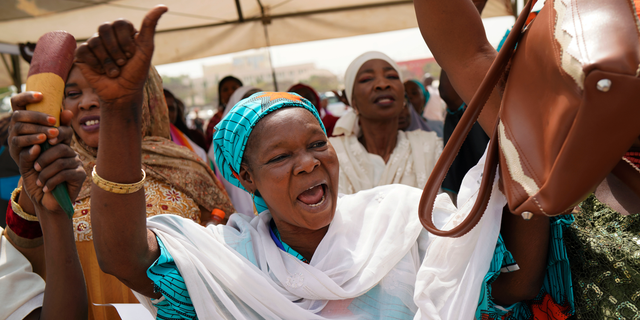 More than 1,200 Nigerian Christians are estimated to have been slaughtered in the first six months of 2020 and in excess of 11,000 murdered over the past five years – with scores still unaccounted for. They are being targeted from two sides.

International Christian Concern (ICC) points out the figures are likely far greater, with upwards of 50-70,000 Christians dead over the past decade.

"In the first half of 2020, there were only six days that did not have a violent incident caused by extremist groups," ICC's President Jeff King said. "At least 400 violent attacks took place, meaning that there was an average of two violent events every day throughout those months."

On the one hand, the terrorist group Boko Haram – which has been operating in Nigeria since 2009 and pledged allegiance to ISIS in 2015 to become its West Africa Province (ISWAP) affiliate – seeks to carve out its "Islamic State." Meanwhile, the lesser-known – but just as hostile Islamic "Fulani militants" are generally herdsmen that attack Christian rural communities scattered across the country's Middle Belt. ICC emphasizes that they use the term militants, as there are many Fulanis that are both peaceful and law-abiding.

Nigeria is comprised almost equally of Christians and Muslims, with Islam the preeminent faith in the nation's North and Christianity dominating the South. But it's the central pocket where the two religions collide, that experts say much of the bloodletting takes place.

"COVID-19 lockdowns only increased the vulnerability of Nigerian Christians," noted Dede Laugesen, executive director of Save the Persecuted Christians. "Nigeria's Christians in the North and Middle Belt live under constant threat of attack. They feel forgotten and abandoned by their own government and the world. Their homes and properties are at risk. They have no hope and the world offers them no succor." 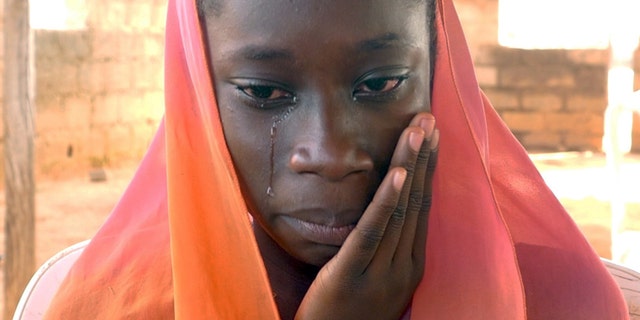 Juliet, 15, was orphaned by Fulani militants in Nigeria for her Christian faith.
(Andrew Boyd)

The climate for Christians in Nigeria, despite the country being the most economically viable on the continent, has been pockmarked by an alarming uptick in incidences of mutilations, abductions, murders and rapes in recent years. Thousands are forced to flee in fear of their lives, leaving behind their fertile farmlands and life's work.

For human rights activists like Rabbi Abraham Cooper – who co-wrote "The Next Jihad" with Moore – seeking help to little avail has become exhausting, wrapped inside a mosaic of anguish, with next to no accountability.

"Essentially, there is little or no price to pay for the kidnapping, extortion, burning of churches, or for mayhem and murder of Christians," he said. "Even when police or military actually captures the perpetrators, the judiciary won't hold deal seriously with the criminal/terrorists." 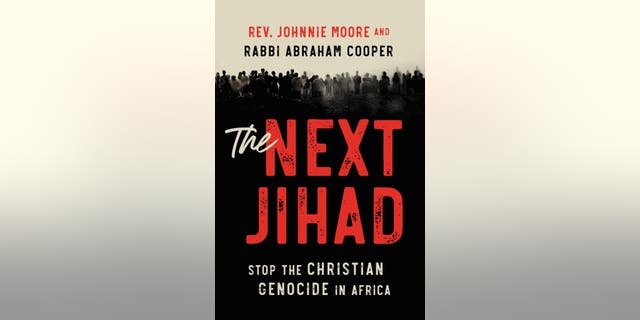 Stories of slaughter and systematic abuse rarely seep into news headlines beyond Nigeria's borders, but events on the ground are chilling.

HOW US CAN HELP CHINA'S UIGHURS, WHO SUFFER DISAPPEARANCES, FORCED ABORTIONS, OTHER ATROCITIES

In September, reports also emerged of the butchering of Church leaders and brazen assaults of several children as young as 6, along with dozens being fatally stabbed in a sleepy village when more than 100 stormed Christian-run agriculture fields.

Yet this is documented to be a mere tiny tip of the iceberg.

"The Next Jihad" sheds a painful light on the accustomed horrors the increasingly defenseless Christian followers face, noting that the radicalized Fulani militants – not to be confounded with the millions of harmonious Fulani – turn to tactics "that are eerily similar to those deployed by Boko Haram, including deadly midnight raids, arsons, kidnappings, rapes, forced conversions, and overt slaughter."

Harrowing examples detailed in the book range from the Yakubu family and their three children, who were hacked to death by Fulani militants in Kaduna; to the beheading of 11 Nigerian Christians on Christmas Day in 2019; and the public execution of Lawrence Duna and Godfrey Ali Shikagham, which was temporarily available on YouTube.

For Moore and Cooper, the book was a small endeavor to put a human face on mind-numbing statistics.

"We have tried to give a voice to some," Moore said. "But thousands of others suffer in silence." 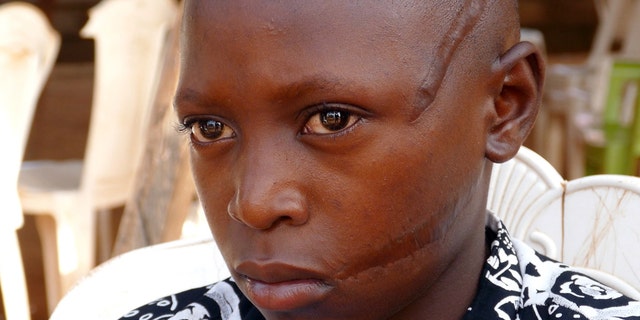 Abednego Solomon was 10 years-old when he was slashed by Fulani militants who attacked his village in Nigeria.
(Andrew Boyd)

Indeed, for many beleaguered Nigerian Christians, the bloodbath has become intolerable. Their lives hang in a strange sense of limbo – the policy of fear being used as such a profound weapon of war that a number now conceal their faith, dress in Islamic garb and meet only for underground worship.

Observers stress that the persecution doesn't just amount to physical abuse and the leftovers of a disfigured corpse, either.

"Christians have been treated as second-class citizens, in schools, clinics, land allocation, job opportunities, etc., and the list goes on," lamented David Curry, president and CEO of Open Doors, which advocates on behalf of those who are persecuted for their Christian faith. "We have heard reports that Christians are receiving the leftovers of government aid—while Muslims receive greater relief support, especially in areas governed by Shariah law. Day laborers – which is over half the population – have been sidelined due to the pandemic shutdown as well, so they are now unable to provide basic living essentials for their families."

And while the carnage in Nigeria rarely hits headlines, religious freedom advocates are pushing for it to become a primary issue on the next U.S. administration's agenda. 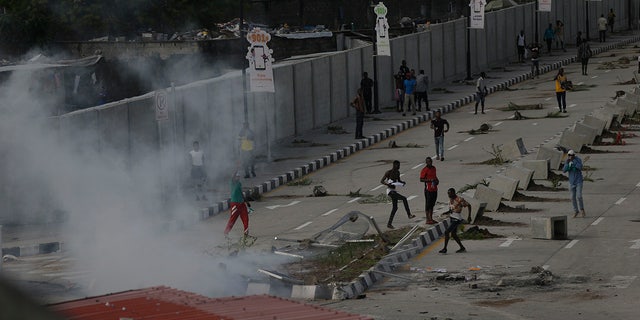 Protesters run away as police officers use teargas to disperse people demonstrating against police brutality in Lagos, Nigeria, Wednesday Oct. 21, 2020. After 13 days of protests against alleged police brutality, authorities have imposed a 24-hour curfew in Lagos, Nigeria’s largest city, as moves are made to stop growing violence. ( AP Photo/Sunday Alamba)

In Curry's view, the U.S. must elevate Nigeria to a "Country of Particular Concern," the highest level designation the State Department can give to a country facing religious freedom violations.

"The country's widespread violence has been treated as a secondary priority. It has been pushed to the backseat," he added. "But it needs to be treated and addressed for what it is: a humanitarian crisis. It's genocide by attrition."

Cooper also highlighted that Washington and its top ally bestow the power of the purse.

"Nigeria is a strategic ally for the U.S and the U.K. Abuja (the capital) is the recipient of huge aid. It has the capability to crush the terrorists," he added. "Both nations should demand transparency for their money and demand that the government protects all its citizens and that its institutions, police, judiciary, military, reflect democratic values in their actions."