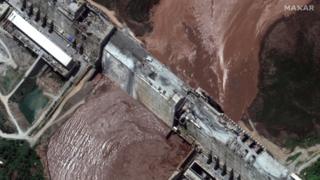 The first-year target for filling the controversial mega dam on the River Nile has been reached, Ethiopia says.

This would allow the first set of turbines to be tested.

The project has been a source of huge diplomatic tension since its construction began in Ethiopia in 2011.

Ethiopia sees the hydroelectric project as crucial for its economic growth and a vital source of energy.

But Egypt and Sudan, which are downstream, fear the $4bn (£3bn) dam will greatly reduce their access to water.

Years of fraught negotiations have failed to reach a consensus on how and when to fill the reservoir, and how much water it should release.

When operational, the Grand Ethiopian Renaissance Dam (Gerd) will generate 6,000 megawatts, making it the largest hydroelectric dam in Africa. It will provide power to some 65 million Ethiopians, who currently lack a regular electricity supply.

What did the Ethiopian PM say?

“It has become evident over the past two weeks in the rainy season that the Gerd first year filling is achieved and the dam under construction is already overtopping,” Mr Abiy said.

Ethiopia’s Water Minister Seleshi Bekele said this would allow the first set of turbines to be tested.

The statement did not give a figure for how much water was now in the dam reservoir but Ethiopia previously said the first-year target was 4.9 billion cubic meters of water, taking it up to the height of the lowest point on the dam wall.

Ethiopia had always said it would fill the dam in July, while Egypt had warned it to delay while talks continued.

It remains unclear whether Ethiopia has done anything to speed up the process of filling the dam, or whether the dam is only filling up because of the rain.

Sudan has previously said it has noticed a drop in the flow of water on the Blue Nile in its territory.

What happened with the talks?

The agreement to resume talks was struck during a meeting of the African Union (AU), chaired by South African President Cyril Ramaphosa.

It came after previous meetings, mediated by the AU, failed to produce an agreement between the three countries.

Earlier this year, the US also tried, and failed, to broker a deal.

In a statement, Egypt’s presidency said future negotiations would focus on “developing a binding legal agreement on the rules for filling and operating” the dam. 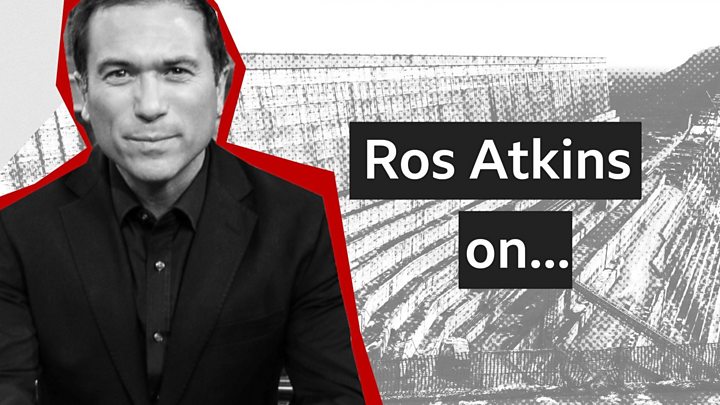