Water bottles, clothing, Trump flags, even a U.S. flag littered the ground inside the U.S. Capitol after a mob backing President Donald Trump ransacked the building.

New Jersey Rep. Andy Kim walked amid the mess shortly after voting to certify Joe Biden’s victory over Trump — and felt the weight of the day wearing on him — when something motivated him to clean up the debris.

“I was just really affected emotionally. I felt this kind of heightened, kind of supercharged kind of patriotism that I just felt take over,” he said in an interview.

It was then he noticed police officers putting pizza boxes in trash bags, so he asked for one, too, and began cleaning up.

“When you see something you love that’s broken you want to fix it. I love the Capitol. I‘m honored to be there,” he said. “This building is extraordinary and the rotunda in particular is just awe-inspiring. How many countless generations have been inspired in that room?

“It really broke my heart and I just felt compelled to do something. … What else could I do?” 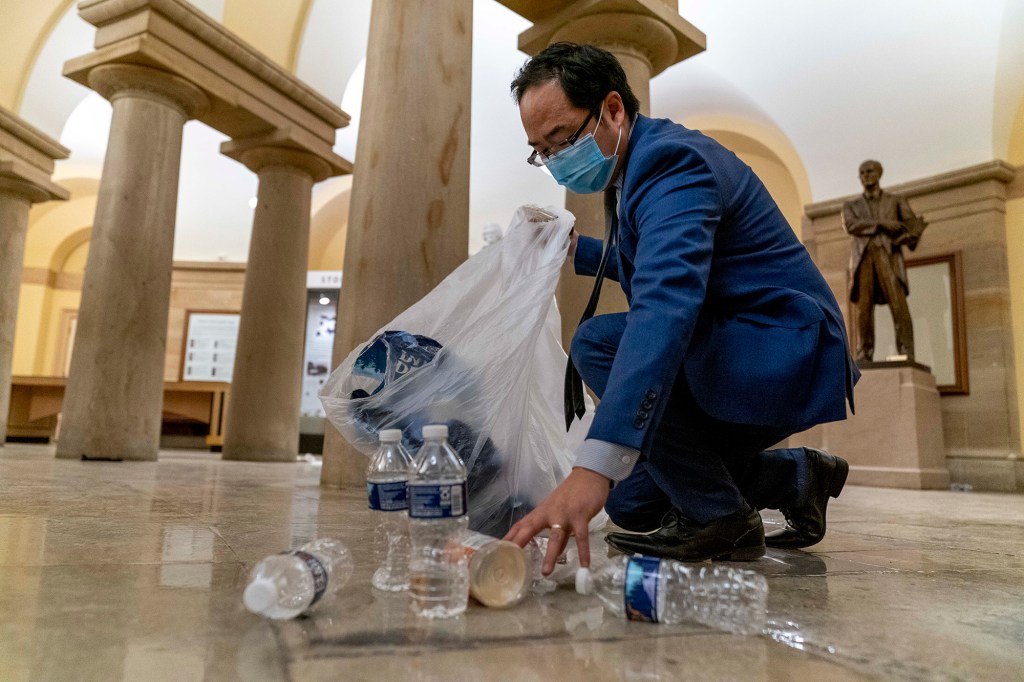 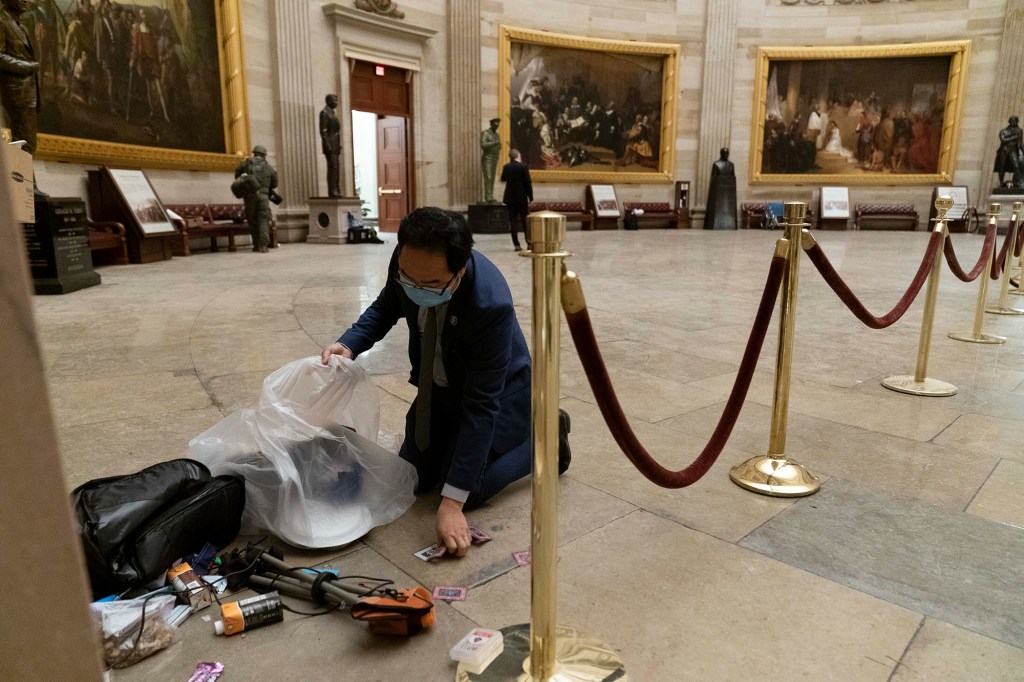 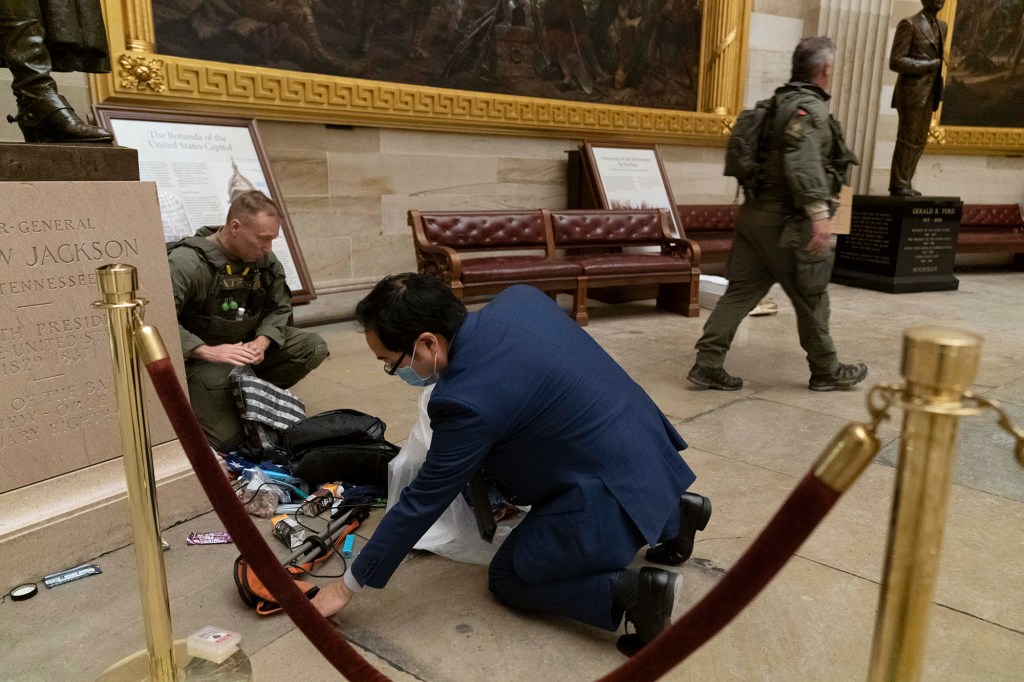 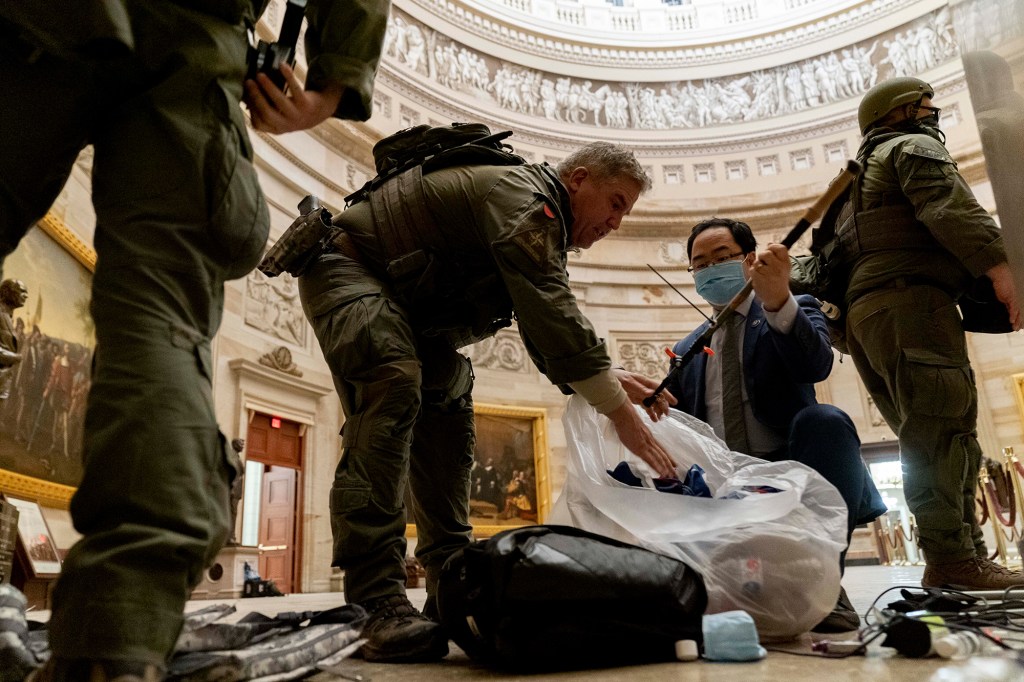 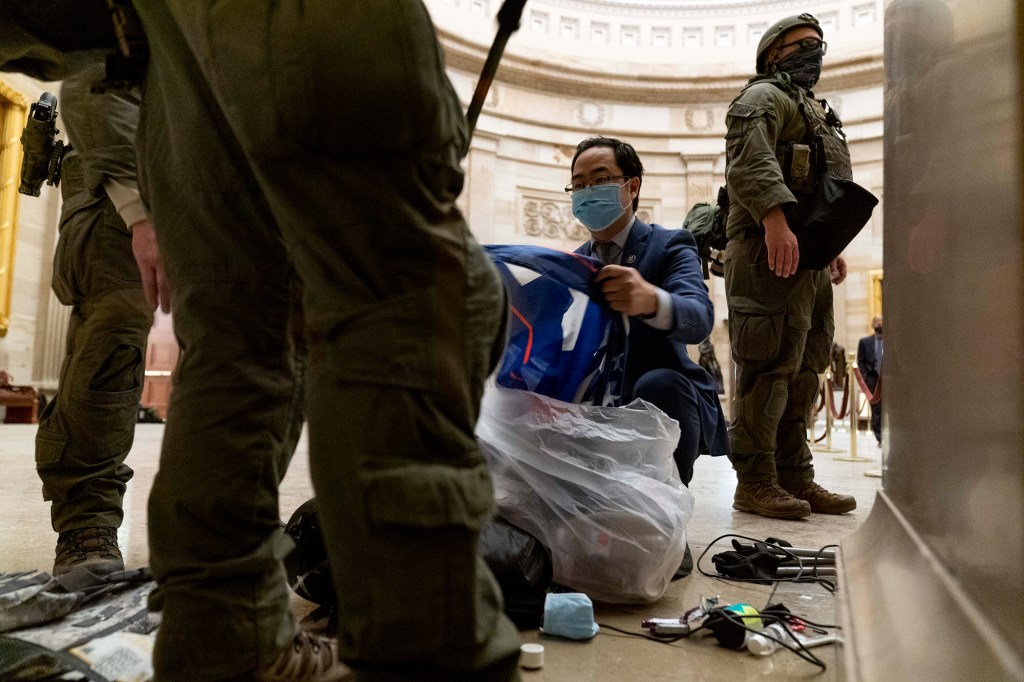