ADDIS ABABA (Reuters) – Ethiopia will not release a preliminary report into the causes of last month’s Ethiopian Airlines crash on Monday, as previously expected, but may publish it this week, a source familiar with the transport ministry told Reuters. 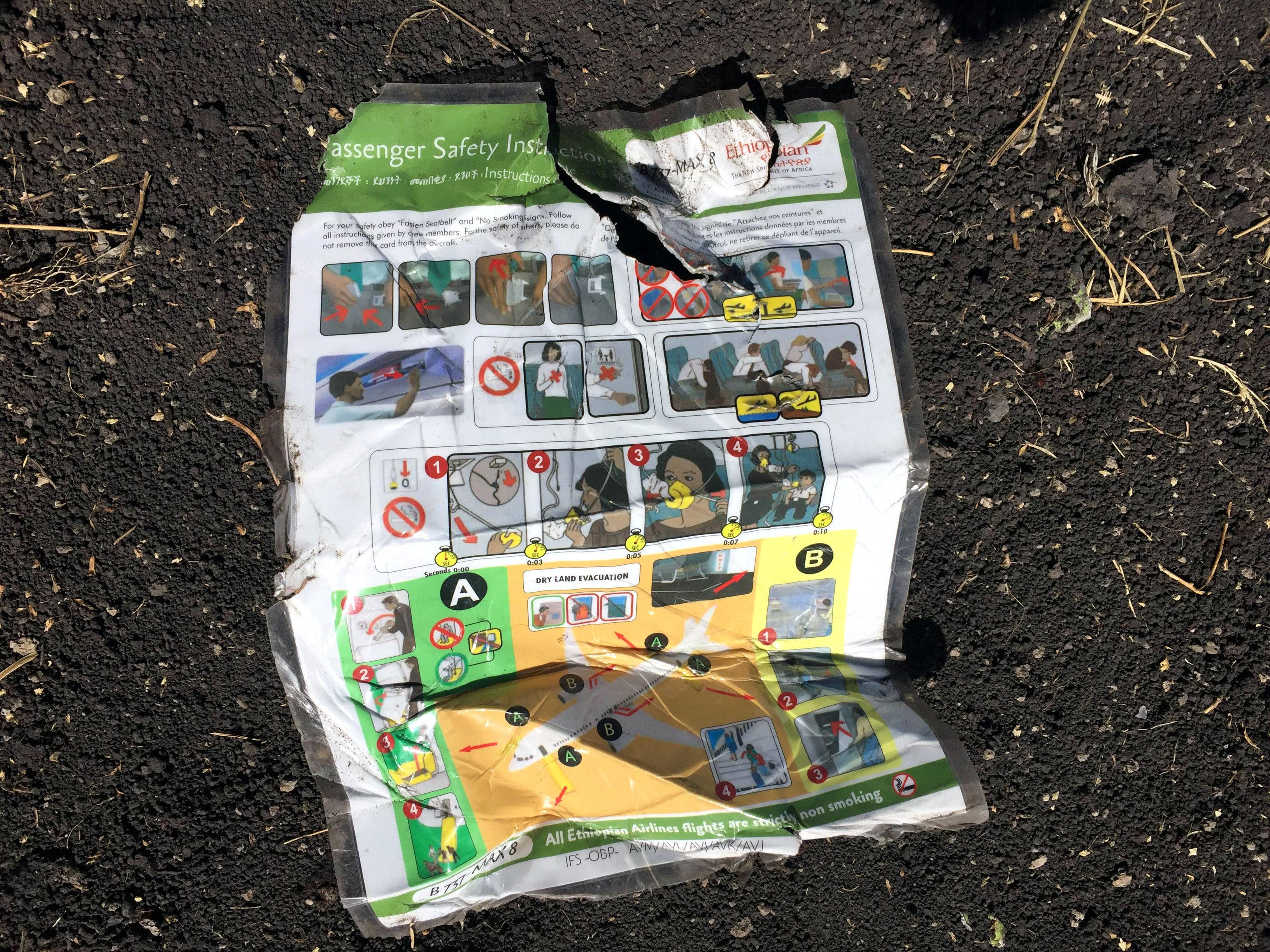 “Not today, maybe this week,” the source said, when asked about the report into a crash that killed 157 people and led to the worldwide grounding of U.S. planemaker Boeing’s top-selling 737 MAX jet.

The report will be closely examined for clues to any similarities between the March 10 accident and a Lion Air crash in October, also involving a 737 MAX, that killed 189 people.

The stakes are high, with Boeing trying to hold on to nearly 5,000 MAX 737 orders; air safety regulators facing questions over their scrutiny of the aircraft; and airlines and victims’ families looking for answers – and potentially compensation.

Liability claims related to the Ethiopian crash and 737 MAX grounding could be the largest aviation reinsurance claim outside of war on record, broker Willis Re said on Monday..

Norwegian, which has 18 737 MAX 8 in its fleet and is scheduled to take delivery of dozens more in the coming months and years, said last month it would seek compensation from Boeing over the grounding.

Ethiopia’s foreign ministry spokesman had earlier said the preliminary crash report would be released by the ministry of transport on Monday. It was not immediately clear why the plans had changed.

Flight 302 from Addis Ababa to Nairobi crashed six minutes after take off. Citizens of more than 30 nations were on board.

Three people briefed on the matter told Reuters on Friday that an anti-stall system at the center of a probe into the Lion Air 737 MAX crash was also at play in the Ethiopian accident.

Data pulled from the Ethiopian Airlines flight recorder suggests the so-called MCAS system, which pushes the nose of the jet downwards, had been activated before the plane plunged to the ground, the people said, speaking on condition of anonymity ahead of the interim official report.

That was the second related piece of evidence to emerge from the black boxes of the Ethiopian flight after an initial sample of data recovered by investigators in Paris suggested similar “angle of attack” readings to the Lion Air crash.