An upstate New York bus driver was spared by a judge from going to jail after he pleaded guilty to raping a 14-year-old girl.

The judge in the case is under fire after sentencing the 26-year-old man to probation and ordered him to pay fees, despite the prosecutor’s request for jail time.

Shane Piche was arrested after an investigation found that he had sex with an underage girl that he had met on his bus route.

Trooper Jack Keller, the public information officer for the New York state police, told ABC News that after Piche met the girl through his bus route for the school district in Watertown, New York, they started communicating through social media.

“He did begin a relationship through social media, [and] knew her, talked to her,” Keller said of Piche.

Keller said that in late June or early July 2018, Piche picked up the 14-year-old girl as well as two of her friends and brought them to his house. Keller said that the investigation found that Piche raped his main target and gave her two friends — both minors — alcohol.

The girl that was raped reported the incident about two weeks later, Keller said, and Piche was arrested in September 2018 after the investigation was concluded.

Court records show that on Feb. 21, 2019, Piche pleaded guilty to third-degree rape. On Thursday was sentenced to 10 years of probation and ordered to pay a total of $1,750 in fees, court records show.

Patricia Dziuba, the chief assistant District Attorney for Jefferson County, told ABC News that an individual, who is guilty of third-degree rape, is defined as 21 or older and had sexual contact with someone less than 17-years-old.

The District Attorney’s office initially sought a sentence called a “split two probation” which would have entailed six months in jail and 10 years of probation, along with fines. Instead, the judge decided to nix the suggested jail time.

“The judge has a lot of discretion to consider sentencing,” Dziuba said. 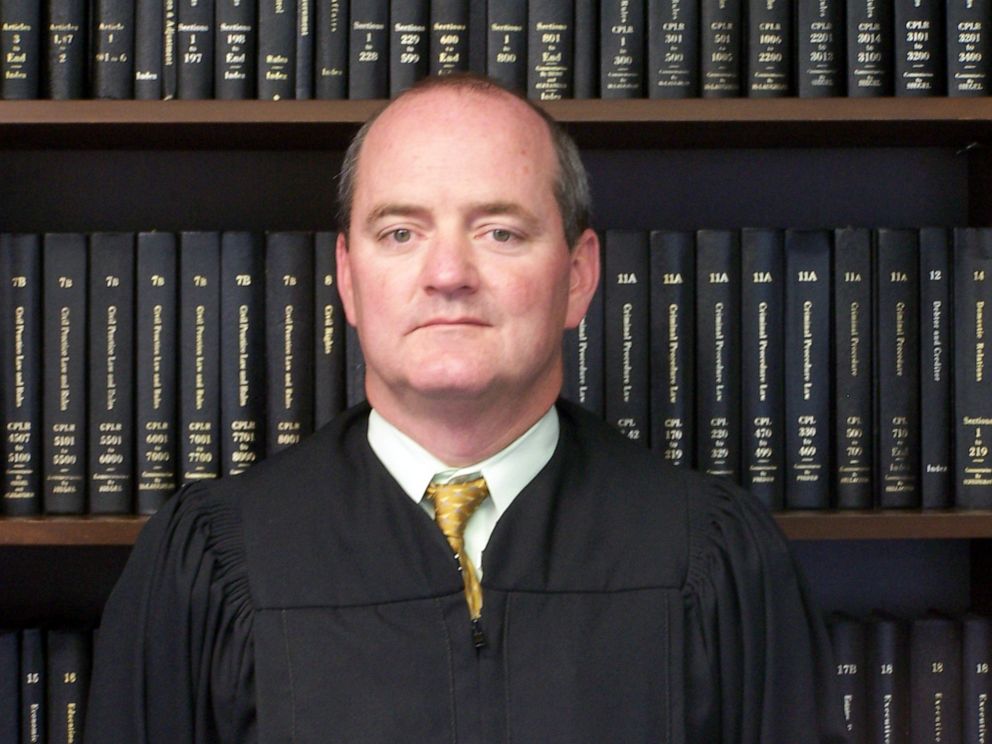 “We try to minimize the trauma to our victims, and sometimes plea agreements are a part of that,” she said.

Piche’s lawyer Eric Swartz said that he believes that the sentence, which includes no prison time for the Class E felony, is appropriate.

“I feel the sentence was just,” Swartz told ABC News via email. “It was also the sentence recommended by the probation department which is also an arm of law enforcement.”

The Watertown Daily Times reported that Jefferson County Supreme Court Judge James McClusky issued the sentence and determined that Piche will have to register as a Level 1 sex offender — rather than a Level 2, which is more grave and was the recommendation of the district attorney’s office — because Piche did not have a prior record.

According to the New York State Sex Offender Registry, Level 1 offenders are considered to be low risk of re-offending and are required to register solely their zip code and not their full address, unlike other sex offenders.

Piche’s sentencing has prompted an outcry online, with a MoveOn.org petition to recall Judge McClusky having garnered over 23,000 signatures as of Tuesday afternoon.

“What does this say to girls who are vulnerable and men who want to take advantage of them?” one petitioner wrote alongside her virtual signature.

McClusky’s office did not immediately return ABC News’ requests for comment, and Piche was not able to be reached.

This is not the first time that a seemingly lenient sentence for a sexual assault case has prompted backlash or even the recall of a judge.

Similar situations unfolded in California and Texas, as male former Stanford University and Baylor University students, respectively, were at the center of cases where activists were concerned over what they viewed as light sentences in sexual assault cases.