An Indiana woman on Wednesday became the first defendant to be sentenced in the Jan. 6 insurrection at the U.S. Capitol and avoided time behind bars, while a member of the Oath Keepers extremist group pleaded guilty in a conspiracy case and agreed to cooperate with prosecutors in a major step forward for the massive investigation.

The two developments signal that the cases against those charged in the deadly siege are slowly advancing, even as the U.S. Department of Justice and the courthouse in Washington, D.C., struggle under the weight of roughly 500 federal arrests across the U.S. And it comes as Republicans in Washington attempt to downplay the violence committed by members of the mob supporting former President Donald Trump.

Graydon Young, who was accused alongside 15 other members and associates of the Oath Keepers of conspiring to block the congressional certification of Joe Biden’s presidential victory, pleaded guilty to two counts: conspiracy and obstruction of an official proceeding. It was the first guilty plea in the major conspiracy case brought against members of the group.

The second charge calls for up to 20 years in prison, but U.S. District Judge Amit Mehta said federal sentencing guidelines call for Young to serve between 5 1/4 years and 6 1/2 years behind bars. Prosecutors may seek even less time in exchange for his cooperation against other defendants.

Young, 55, of Englewood, Florida, was arrested in February and charged in the sweeping conspiracy case accusing members of the Oath Keepers of coming to Washington prepared to use violence and intent on stopping the certification of the vote. Authorities said in court documents that Young joined the Florida chapter of the Oath Keepers in December, writing that he was “looking to get involved in helping …” 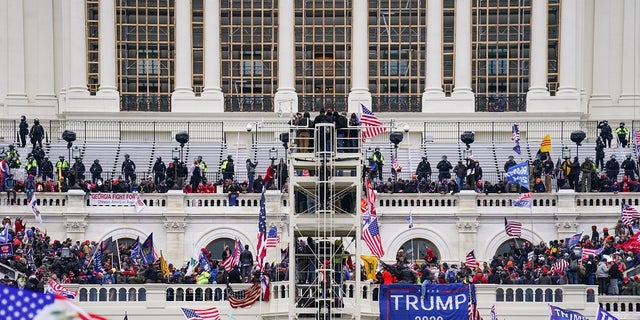 FILE – In this Jan. 6, 2021, file photo insurrectionists loyal to President Donald Trump breach the Capitol in Washington. Prosecutors secured the first guilty plea in the major case brought against members of the Oath Keepers extremist group in the attack on the U.S. Capitol, while an Indiana woman who became first person to be sentenced for the Jan. 6 riot avoided time behind bars.  (AP Photo/John Minchillo)

Later that month, Young reached out to a company that does firearms and combat training about a rifle class for four people, according to the indictment. Authorities say Young, wearing a helmet and tactical vest, was part of the military-style “stack” seen on camera marching through the crowd before entering the Capitol building.

Another Oath Keepers member, Jon Ryan Schaffer, has also pleaded guilty in the riot, but was not charged in the conspiracy case. Schaffer has agreed to cooperate with investigators and potentially testify against other defendants.

Anna Morgan Lloyd, 49, of Indiana, was ordered by a federal judge to serve three years of probation, perform 120 hours of community service and pay $500 in restitution after admitting to unlawfully entering the Capitol. She pleaded guilty to a single misdemeanor charge under a deal with prosecutors.

After the riot, Lloyd described Jan. 6 on Facebook as the “best day ever.”

On Wednesday, she apologized to the court, her family and “the American people,” saying she went to Washington that day to peacefully show her support for Trump.

“I’m ashamed that it became a savage display of violence that day. And I would have never been there if I had a clue it was going to turn out that way,” Lloyd told the judge. “It was never my intent to be a part of anything that’s so disgraceful to our American people.”

In seeking probation for Lloyd, prosecutors noted that she was not involved in any violence and destruction or preplanning and coordination of the Capitol breach. Lloyd was invited by her hairdresser to drive to Washington to hear Trump speak, her attorney wrote in court documents.

U.S. District Court Judge Royce Lamberth said he was giving her a “break,” but didn’t want others to think that probation — and not a stiffer sentence — would be the norm.

“Legally, I could give you the six months, but is that really what we want our judiciary to do?” the judge asked.

Lamberth said he struggled with what would be an appropriate sentence for Lloyd because he views the riot as a serious crime. “This wasn’t a peaceful demonstration the way it turned out. It was not an accident,” he said. “It was intended to and brought a halt to the very functioning of our government.”

He said he was “especially troubled” by some lawmakers who are seeking to rewrite the history of the Capitol riot.

“I don’t know what planet they were on, but there were millions of people in this country that saw what happened on Jan. 6 and that saw what you saw and what you just described: a disgrace to our country,” the judge said.

In a letter to the judge asking for leniency, Lloyd wrote that she was a registered Democrat but that she and her husband began supporting Trump in 2016 because “he was standing up for what we believe in.” 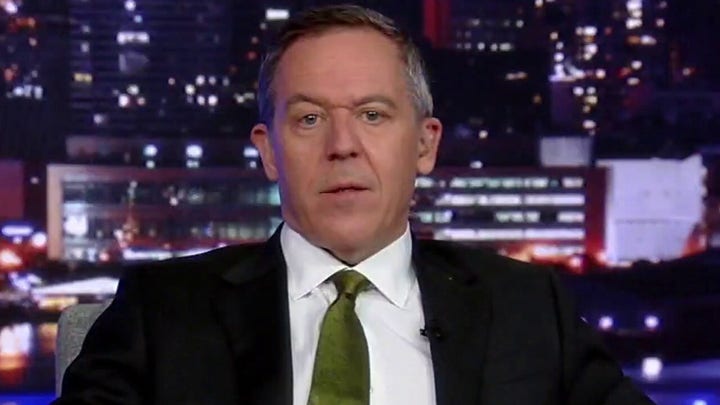 After her arrest, Lloyd’s lawyer gave her a list of books and movies to help her “see what life is like for others in our country,” Lloyd wrote. Lloyd said she has sought to educate herself by watching movies such as “Schindler’s List” and the History Channel’s “Burning Tulsa” and reading Bryan Stevenson’s “Just Mercy.”

“I’ve lived a sheltered life and truly haven’t experienced life the way many have,” Lloyd wrote. “I’ve learned that even though we live in a wonderful country things still need to improve. People of all colors should feel as safe as I do to walk down the street.”

Four other people — a Tennessee man, a Maryland man and a Virginia couple — have pleaded guilty to the same misdemeanor charge in the last two weeks.

Earlier Wednesday, another man, Robert Maurice Reeder of Maryland, admitted to entering the Capitol, but his lawyer said he didn’t force his way inside and didn’t damage any property or hurt anyone.

Before his arrest, an attorney for Reeder provided federal authorities with a compilation of photos and videos that he took with his cellphone at the Capitol. A video seemed to show Reeder chanting, “Fight for Trump!” and he recorded an assault on a Capitol police officer, according to the FBI.

“You need to retreat!” Reeder apparently told the officer, an FBI agent wrote in a court filing.

A prosecutor said Tennessee resident Brian Wayne Ivey, who pleaded guilty on Tuesday, entered the Capitol through a window that somebody else broke with a riot shield and spent roughly 30 minutes inside the building.

Joshua Bustle of Virginia, who pleaded guilty alongside his wife, will also be seeking probation, his lawyer said. Jessica Bustle’s attorney described them as “good, decent, hardworking people,” who were urged to come to Washington by “very powerful people and groups.”

“They are not criminals or insurrectionists or rioters. They were not looking to break laws when they came to DC on the 6th. They violated minor laws on the 6th and they have accepted responsibility and accountability for doing so,” Jessica Bustle’s attorney, Nabeel Kibria, wrote in an email.