NON-ELECTRIC vans could be banned from city centres under radical new cycling plans to slash emissions.

Boris Johnson is looking at banning the vehicles from the nation’s cities to create more road space for cyclists as part of his £2billion anti-obesity drive. 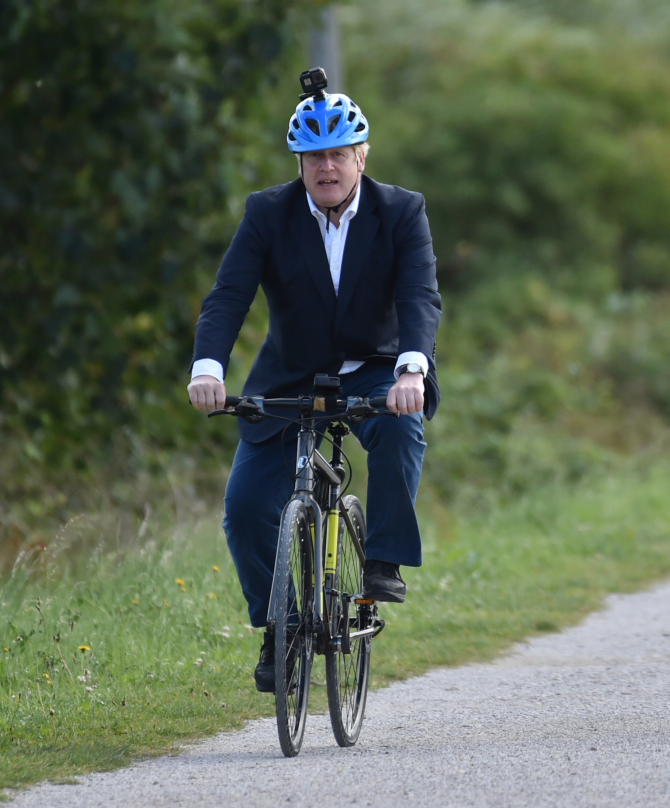 A new Government report calls for “unleashing our nation of cyclists” and suggests reducing “unnecessary motorised freight” like lorries and vans in UK cities and towns.

Writing in the report, the PM said: “Vast numbers of car journeys are very short and could easily be travelled by bicycle.

“People often think that encouraging bikes and walking causes congestion – but it doesn't, if you do it properly, and make the kind of changes we are proposing to streets to improve walking and cycling accessibility.

“Of course you can't deliver a fridge-freezer on a cargo bike – but you can deliver plenty of other goods that currently come in diesel vans. I want bicycles to be part of an effusion of green transport, of electric cars, buses and trains, because clean air will be to the 21st century what clean water was to the 19th.”

It would see goods sent to out-of-town depots with a  “smaller number of vehicles' including e-cargo bikes and electric vans delivering them instead.

Now “freight consolidation schemes” will be piloted in “one or two” cities before being rolled out nationally.

The PM added: "This will mark a step change in how our towns and cities look, feel and operate for people across this country – I hope to see everyone soon on their bikes."

The Gear Change cycling report also claims the scheme would help with work already underway to have cleaner air in cities and towns.

Howard Cox, founder of the FairFuelUK Campaign claimed the plans would see Boris “smashed” if there was an election tomorrow.

He told The Sun: “Conservative motorists did not vote for the Green Party in the General Election.

“The complete disdain for and the lack of consultation with the highest taxed drivers in the world by Boris Johnson’s ‘bold vision’ is a betrayal of criminal proportions.

“The Prime Minister’s Lycra clad amoebic advisors are out of touch with economic reality and majority opinion.

“Forcing no choice but to drive, hard pressed drivers out of their vehicles through such costly virtue signalling is contemptible and regressive.”

It comes as Boris unveiled his "obesity plan" for Britain.

The new “Better Health” campaign run by Public Health England  calls on everyone to “embrace a healthier lifestyle”.

It will be supported by the NHS with more referrals to Weight Management Services.

Under the plans, GPs will prescribe exercise, such as cycling and gym classes, and patients will be given access to weight loss apps.

Staff in doctors’ surgeries will also be trained as “healthy weight coaches” to give people advice on how to stay trim.