Kim Jong Un has appointed a task force to “punish smugglers harshly”, despite the act being a vital part of North Korea’s economy. While technically illegal, one of the most tolerated forms of smuggling sees North Korean traders travel to China where they buy mass goods difficult to locate in their own country, and sneak it across the border to sell at markets.

North Korea claims to be “totally free” of coronavirus with “not a single person” in the country testing positive – attributed to strict containment measures and shutting borders.

The task force has deployed around 60 soldiers to the border in the northern province of Ryanggang, local media reports.

Troops are believed to be from the Ryanggang provincial border patrol, members of a manoeuvre company under the 25th brigade of the 252nd regiment of the 2nd battalion.

“They [the troops] are now, under the supreme commander’s orders, punishing smugglers harshly under military law,” a source told Radio Free Asia.

But the source added the troops are a display of force rather than in response to mounting coronavirus fears, adding: “The tyranny over these people who can’t even bribe theguards, under the pretext of cracking down on smuggling is severe,” said the source.

Last month, two smugglers became victim to a display of brutal force when troops beat “anyone who approaches the Yalu River border that meets the Chinese border”.

Two residents of Kimjongsook county, in Ryanggang, were attacked by guards at a border guard post while attempting to smuggle a bundle of goods from [across] the Yalu river.

“[They] do not have a fixed guard post. During the day they work by collecting firewood for the company, but when it gets dark, they choose an area where they suspect smuggling is happening and stake it out in groups of three,” said the source.

“The two residents did not know there were undercover guards there and they were severely assaulted that day while trying to bring their goods across,” the source added.

The news follows international scepticism over North Korea’s claim to have no coronavirus cases, as the world total stands at 1,100,283.

North Korea closed its borders in January after China announced the outbreak in Wuhan which is around 1,610km from North Korea. 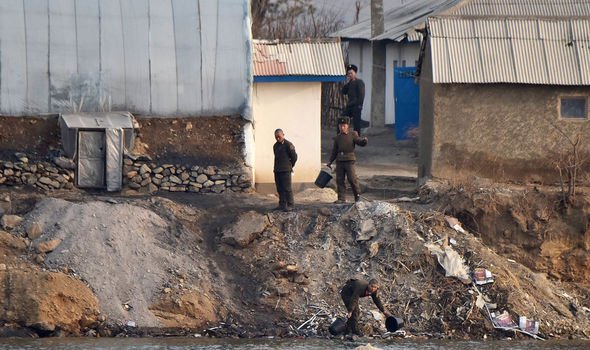 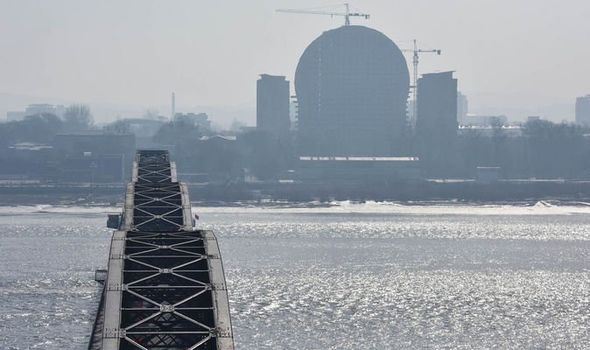 The outbreak in China – less than a 50 hour drive from North Korea – saw the number of confirmed cases rise to 82,526 and the death toll in Hubei climbed to 3,207.

An expert told BBC it was likely there are cases in North Korea but that there isn’t an outbreak.

However, a US military commander stationed in South Korea has dismissed it, saying the North’s claim is “impossible”.

On Friday, Pak Myong-su, a director at North Korea’s Central Emergency Anti-epidemic headquarters, told AFP: “Not one single person has been infected with the novel coronavirus in our country so far.”

“We have carried out pre-emptive and scientific measures such as inspections and quarantine for all personnel entering our country and thoroughly disinfecting all goods, as well as closing borders and blocking sea and air lanes.”

DON’T MISS:
David Hockney is a blooming visionary, says JUDY FINNIGAN
Arrogant officials are failing us all, says CAROLE MALONE
Coronavirus: Queen’s speech in hour of need is a boost for the nation 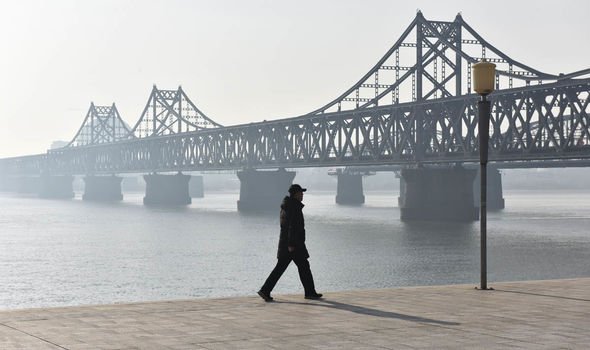 North Korea took drastic measures early to prevent the spread but the prevalence of smuggling between the two nations make it “unlikely” there are no cases.
Oliver Hotham, managing editor of NK News, said the country was likely to have citizens who tested positive.

Some of the measures North Korea took to contain the virus were to forcibly quarantine citizens. Some 100,000 citizens were reportedly instructed to self-isolate.

The state released all but three foreigners who were quarantined in the country on March 19.

Meanwhile, South Korea called for US sanctions crippling the North’s economy to be lifted during the COVID-19 pandemic.

International and US sanctions over its nuclear programme against Pyongyang should be suspended immediately to enable medical aid, according to the South Korean Committee for the Joint Implementation of the June 15 Joint Declaration.