SEOUL (Reuters) – North Korea said on Thursday it had successfully test-fired a new submarine-launched ballistic missile (SLBM) from sea to contain external threats and bolster self-defense, ahead of fresh nuclear talks with the United States. 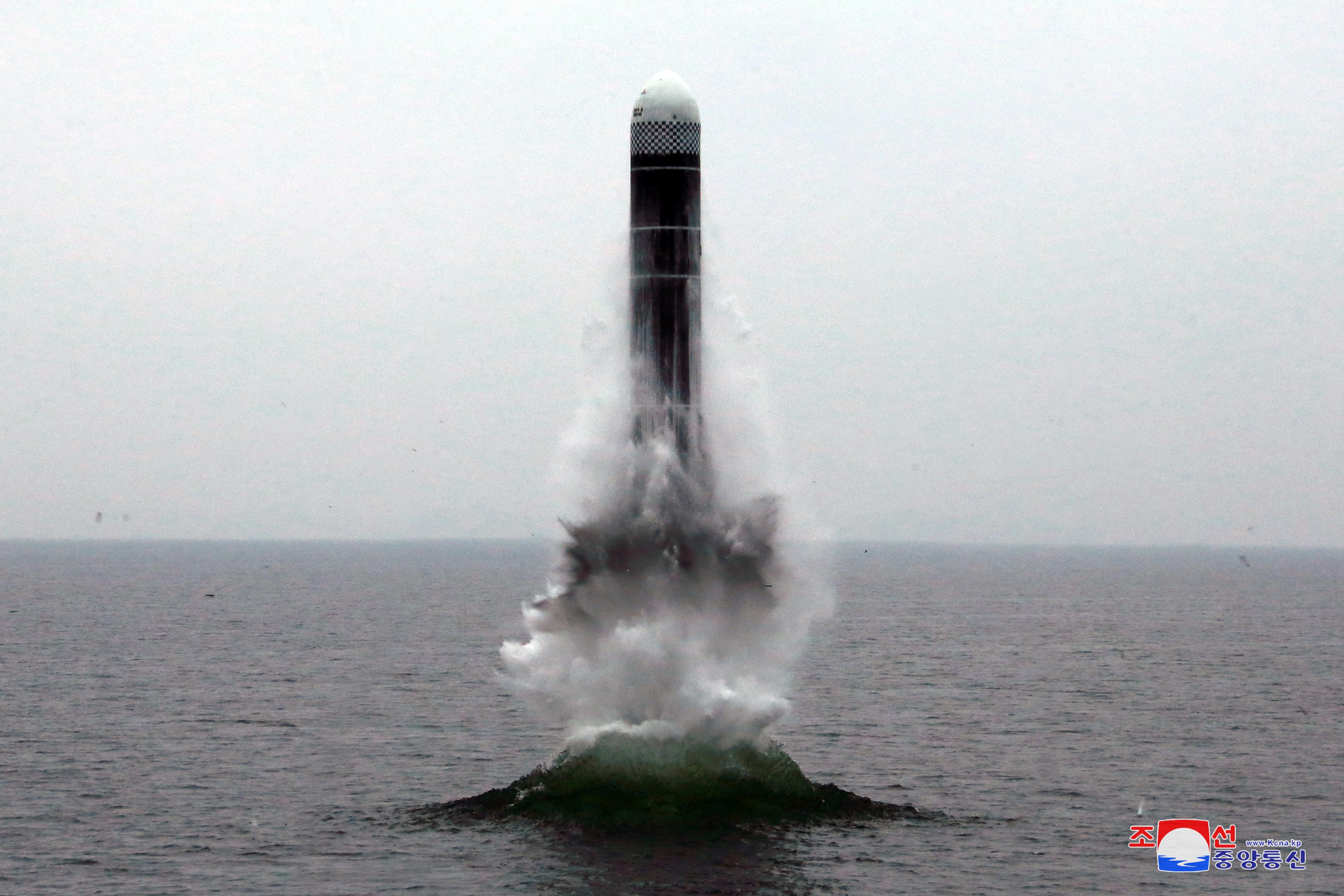 The launch on Wednesday was the most provocative by North Korea since it resumed dialogue with the United States in 2018 and a reminder by Pyongyang of the weapons capability it had been aggressively developing, including intercontinental ballistic missiles, analysts said.

North Korean leader Kim Jong Un “sent warm congratulations” to the defense scientists who conducted the test, state news agency KCNA said, indicating he did not attend the launch as he had done previously at tests of new weapons systems.

The new type of SLBM called Pukguksong-3 was “fired in vertical mode” in the waters off the eastern city of Wonsan, KCNA said, confirming an assessment by South Korea’s military on Wednesday that the missile was launched at a lofted angle.

“The successful new-type SLBM test-firing comes to be of great significance as it ushered in a new phase in containing the outside forces’ threat to the DPRK and further bolstering its military muscle for self-defense,” KCNA said.

DPRK is short for the North’s official name, the Democratic People’s Republic of Korea.

The test “had no adverse impact on the security of neighboring countries,” KCNA said but gave no other details about the launch.

Photos released in the North’s official Rodong Sinmun newspaper showed a black-and-white painted missile emerging and clearing the surface of the water, then the booster rocket igniting to propel it into the sky.

A State Department spokeswoman called on Pyongyang to “refrain from provocations” and to remain committed to the nuclear negotiations.

North Korea rejects U.N. Security Council resolutions that ban Pyongyang from using ballistic missile technology, saying they are an infringement of its right to self-defense.

Talks aimed at dismantling North Korea’s nuclear and missile programs have been stalled since a second summit between Kim and U.S. President Donald Trump in Vietnam in February broke down in disagreement over nuclear disarmament.

The Pukguksong-3 was seen as probably a modification of an earlier version tested in 2015 to enhance range, likely launched from a test platform and not an actual submarine, said Kim Dong-yub, a military expert at Kyungnam University’s Institute of Far Eastern Studies in Seoul.

Leader Kim Jong Un’s absence at the test is “extremely unusual,” Kyungnam University’s Kim said, likely meant to contain the political fallout that could result in the upcoming talks falling apart before they even start.

On Wednesday, South Korea’s military said the missile flew 450 km (280 miles) and reached an altitude of 910 km (565 miles). It was likely a Pukguksong-class weapon, as the North’s earlier submarine-launched ballistic missiles (SLBMs) under development were known.

South Korean Defense Minister Jeong Kyeong-doo said the Pukguksong, or Pole Star in Korean, would have had a range of about 1,300 km (910 miles) on a standard trajectory.

North Korea had been developing SLBM technology before it suspended long-range missile and nuclear tests and began talks with the United States that led to the first summit between Kim and Trump in Singapore in June 2018.

The latest version of the Pukguksong may be the longest-range North Korean missile that uses solid fuel and the first nuclear-capable missile to be tested since November 2017, Ankit Panda of the U.S.-based Federation of American Scientists said.

North Korea has been developing rocket engines that burn solid fuel, which has advantages in military use compared to liquid fuel because it is stable and versatile allowing it to be loaded in missiles until they are ready for launch.