North Koreans are systematically raped and tortured in jail before trial, with some forced to sit cross legged for 16 hours without moving, former captives say

Torture, humiliation and coerced confessions are rampant in North Korea’s pretrial detention system which treats people as worth ‘less than an animal’, a rights group said on Monday in a report on the country’s opaque legal processes.

US-based Human Rights Watch drew on interviews with dozens of former North Korean detainees and officials to highlight what it called inhuman conditions at detention facilities that often amount to torture.

Nuclear-armed North Korea, accused of widespread rights abuses by the United Nations and other critics, is a ‘closed’ country and little is known about its criminal justice system.

Mistreatment of detainees – beating with a stick or kicking – was ‘especially harsh’ in the early stages of pretrial detention, interviewees said. 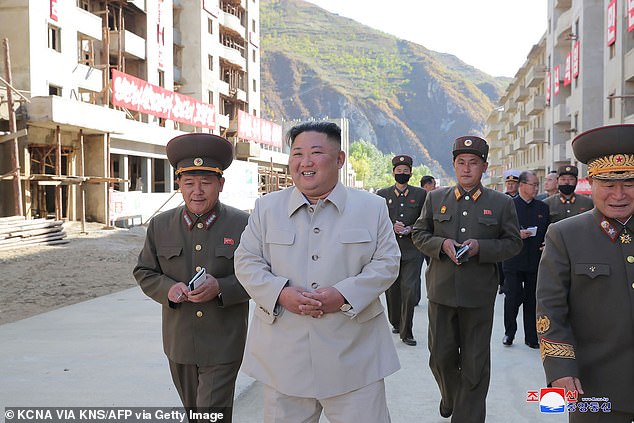 A new report by US-based group Human Rights Watch details the gruesome conditions in North Korea’s pretrial detention centres since 2011, when Kim Jong Un came to power. Kim is seen above inspecting the rehabilitation site in the Komdok area of South Hamgyong Province following a flood in October 2020 [File photo] 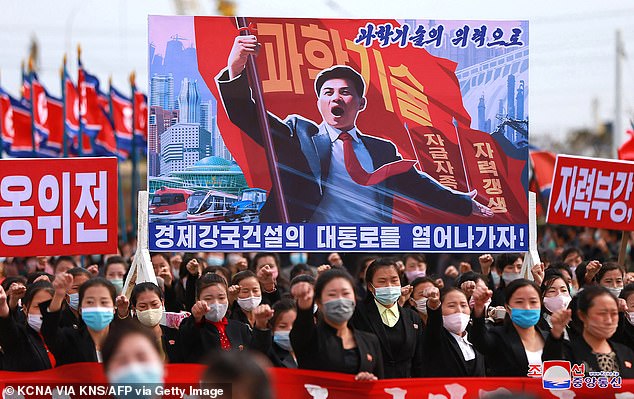 The new report by Human Rights Watch includes information drawn from interviews with eight former officials who fled North Korea and 22 citizens – 15 women and 7 men – held in detention and interrogation facilities since 2011. Pictured, a rally in North Korea in October to support an 80-year economic development campaign [File photo]

‘The regulations say there shouldn’t be any beatings, but we need confessions during the investigation and early stages of the preliminary examination,’ a former police officer said.

‘So you have to hit them in order to get the confession.’

Former detainees said they were forced to sit still on the floor, kneeling or with their legs crossed, for as long as 16 hours a day, with even a flicker of movement leading to punishment.

The punishments ranged from hitting detainees – using hands, sticks, or leather belts – to forcing them to run in circles around a yard up to 1,000 times.

‘If I or others moved (in the cell), the guards would order me or all the cellmates to extend our hands through the cell bars and would step on them repeatedly with their boots,’ said former detainee Park Ji Cheol.

Yoon Young Cheol, another former detainee, added: ‘There, you are just treated like you are worth less than an animal, and that’s what you end up becoming.’

Some female interviewees testified to rampant sexual violence at the facilities.

Kim Sun Young, a former trader in her 50s who fled North Korea in 2015 said she had been raped by her interrogator at a detention centre.

Another police officer sexually assaulted her by touching her underneath her clothes while interrogating her, Kim added, but said she had been ‘powerless to resist’. 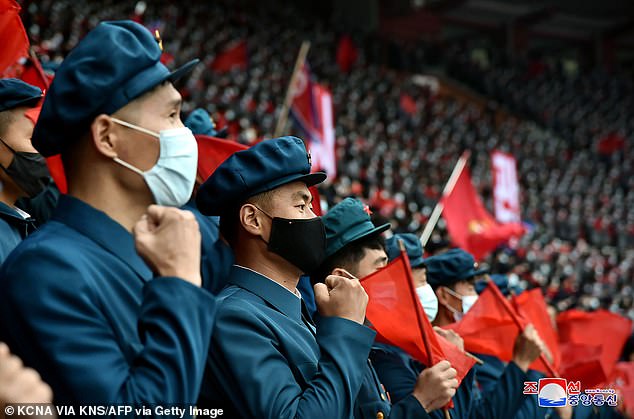 Former detainees recounted being kept in a constant state of fear through beatings or being able to hear others being tortured in North Korea’s pretrial detention system. Pictured above, a rally supporting an economic development campaign in October [File photo] 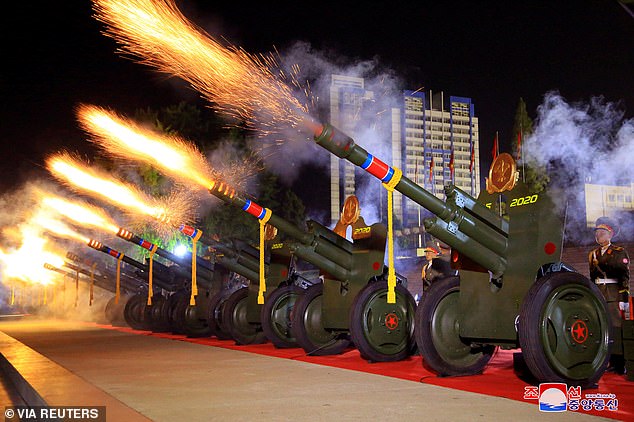 A secretive state, North Korea is known for holding highly-choreographed military parades like the one seen above on October 10, held to mark the 75th anniversary of the founding of the ruling Workers’ Party of Korea [File photo]

The report called on Pyongyang to ‘bring the system out of the dark ages’ by ending ‘endemic torture and cruel, inhuman and degrading treatment in detention.’

It also urged South Korea, the United States and other UN member states to ‘publicly and privately pressure the North Korean government’.

The report also criticised the lack of separation between politics and the legal system in the one-party state.

‘North Koreans say they live in constant fear of being caught in a system where official procedures are usually irrelevant, guilt is presumed, and the only way out is through bribes and connections,’ said Brad Adams, Asia director at Human Rights Watch.

The rights group interviewed eight former officials who had fled the country and 22 North Koreans – 15 women and 7 men – held in detention and interrogation facilities since 2011, when the country’s current leader Kim Jong Un came to power. 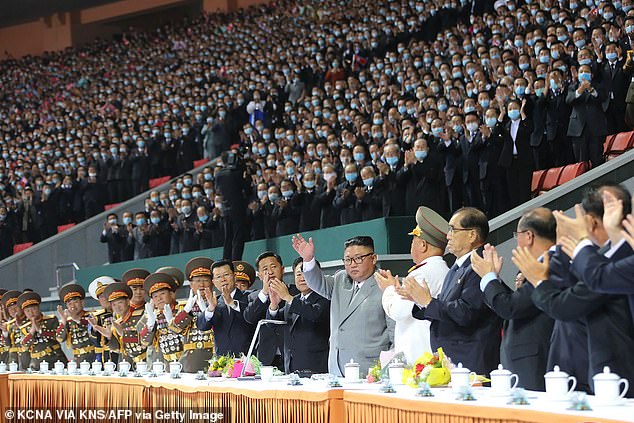 Pyongyang has always maintained that it protects and promotes ‘genuine human rights’, and it condemns international criticism on the issue as a smear campaign to undermine its ‘sacred socialist system’. Pictured above, Kim (centre in grey suit) attends a celebration marking the 75th anniversary of North Korea’s ruling party in October [File photo]

The country already stands accused by the UN of ‘systematic, widespread and gross’ human rights violations that range from torture and extrajudicial killings to running prison camps.

Pyongyang maintains that it protects and promotes ‘genuine human rights’, and says there is no justification for the West to try to set human rights standards for the rest of the world.

It condemns international criticism on the issue as a smear campaign to undermine its ‘sacred socialist system’.

Former detainees interviewed in the report also tell of the inhumane conditions within the overcrowded centres, saying there was very little food and almost no space on the floor to lie down and sleep.

Many detainees said guards or interrogators, often after demanding bribes, unofficially allowed family members or friends to provide food or other essentials after questioning ended.