NORTHERN Ireland has reduced festive bubbles to Christmas Day only in a tough coronavirus crackdown.

The country will be plunged into a harsh lockdown on Boxing Day – as Stormont ministers mull whether to impose a ban on flights from the rest of the UK. 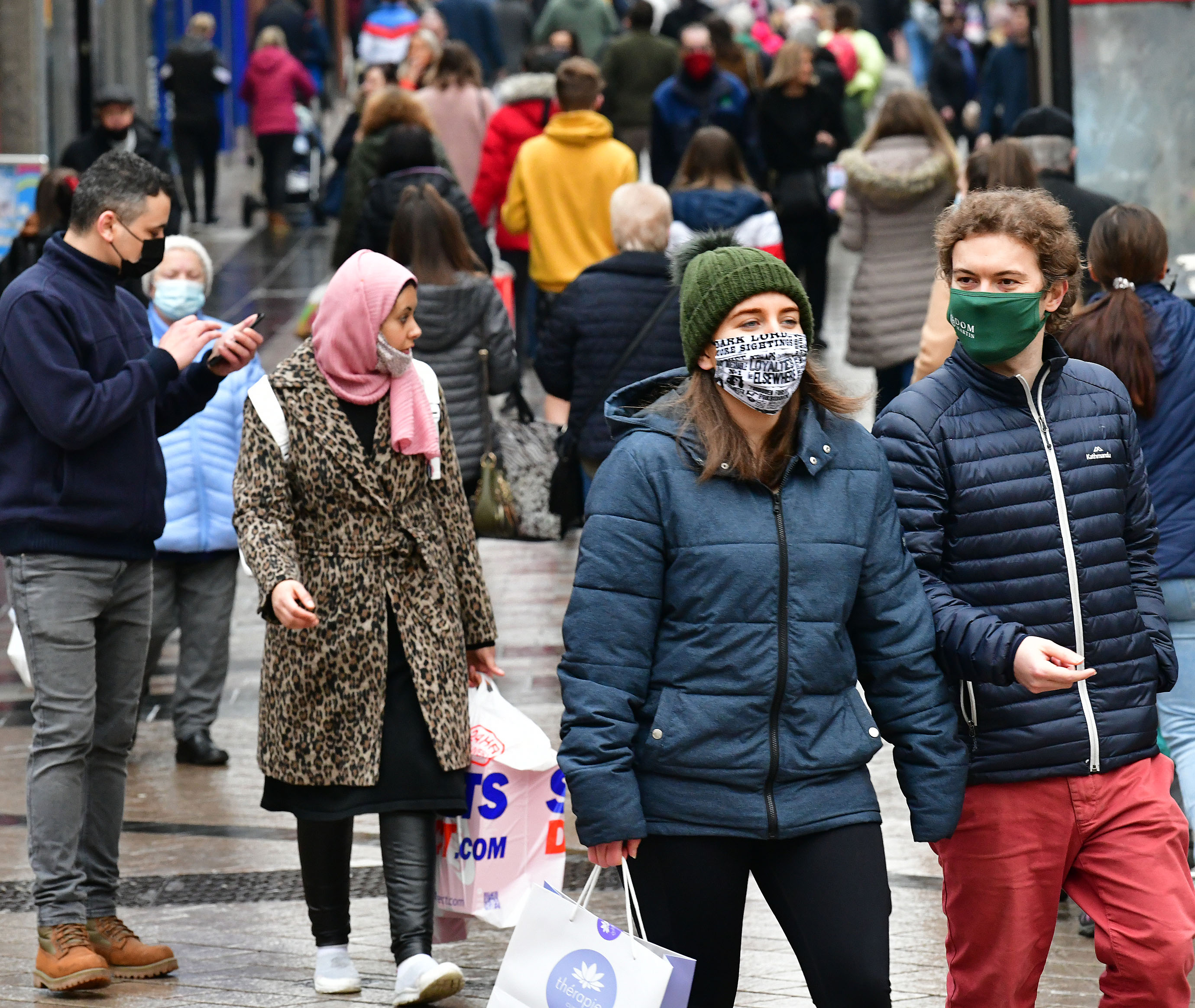 The decision on festive bubbles was agreed by Stormont executives during an emergency virtual executive meeting late on Sunday night.

According to the Belfast Telegraph, ministers have also debated a potential travel ban on arrivals from the rest of the UK as a highly infectious new Covid strain rips through London and the South East.

It comes as Boris Johnson last night cancelled Christmas for millions of Brits – telling them to "stay local" amid fears the variant can spread up to 70 per cent faster.

Health officials said that, even with a travel ban, it was unlikely that Northern Ireland would avoid the new variant spreading to its shores.

Dr Gerry Waldron, from the Public Health Agency, told BBC Ulster it would be "astonishing" if there weren't already cases in Northern Ireland.

In Northern Ireland's lockdown, people won't be allowed to meet up at all and any outdoor exercise must be done alone or with household members.

Non-essential shops will shut from the end of trading on Christmas Eve and stay closed for six weeks.

Any essential businesses allowed to remain open must close at 8pm for the first week of the lockdown.

This is the harshest lockdown the UK has seen yet, as even in the first full lockdown in March there was no curfew.

Although the severe rules will be coming in on December 26 for shops and hospitality, anyone forming a Christmas bubble can still go ahead with plans for three households to meet – but only on Christmas Day.

The Stormont Executive will review the measures after four weeks.

Close-contact services, such as hair salons, will have to shut and pubs, cafes and restaurants will be restricted to takeaway and delivery services.

Health chiefs have cited low compliance with the regulations and guidance as a reason infections, hospital admissions and death rates remain relatively high.

On Sunday, Northern Ireland’s Department of Health confirmed another 13 people with the virus had died, bringing the death toll to 1,196.

A further 505 new cases of the virus were also reported.

The Northern Ireland Ambulance Service announced on Thursday that paramedics from the Irish Republic are set to bolster their numbers this weekend.

Michael Bloomfield, chief executive of the Northern Ireland Ambulance Service (NIAS), said the move is "relatively unusual" and reflects the pressure they are under.

On Tuesday, queues of ambulances were witnessed at accident and emergency departments across Northern Ireland as patients were treated in car parks due to a lack of capacity inside the hospitals.

At one point 17 ambulances containing patients were lined up outside the emergency department of the Antrim Area Hospital.

Earlier this week, the Northern Ireland health minister Robin Swann had said he would put forward a number of "robust and extreme" recommendations at an executive meeting.

The draconian lockdown measures will shut retail, hospitality and leisure for six weeks. Ministers did not decide to close schools.

It marks the third lockdown Northern Ireland has had to grapple with.