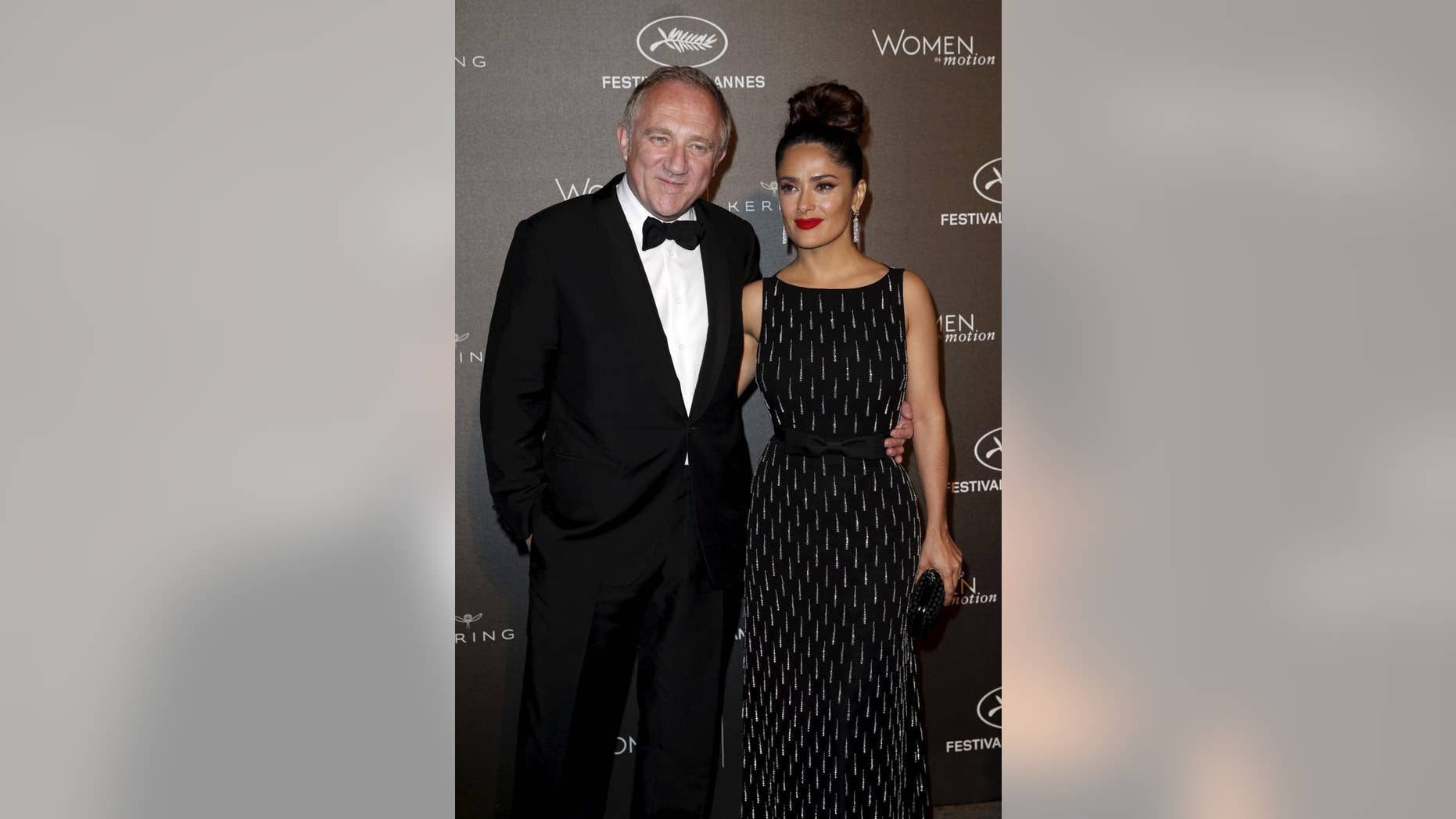 Pinault announced Tuesday that he will draw almost $113 million in funds from his family’s investment firm, Artemis, “to participate in the effort that will be necessary for the complete reconstruction of Notre-Dame,” the French newspaper Le Figaro reported.

Pinault, 56, who is the chairman and CEO of Kering, a Paris-based luxury group behind brands including Gucci, Yves Saint Laurent, Balenciaga, Alexander McQueen, married the Mexican and American actress Salma Hayek in Paris in 2009, Yahoo News reported. The couple owns a residence nearby the destroyed 12th-century medieval Catholic cathedral.

“As many others I’m in deep shock and sadness to witness the beauty of Notre-Dame turn into smoke. I love you Paris,” Hayek said on Instagram, sharing an image of the cathedral ablaze.

Pinault’s father, the 82-year-old Francois Pinault, is worth $37.3 billion, according to Bloomberg’s Billionaire Index. The family’s contribution is the first major donation to reconstruction efforts after the fire engulfed the historic structure, leading to the collapse of the structure’s main spire.

Bernard Arnault, owner of the luxury goods group LVMH, which is responsible for Moët Hennessy and Louis Vuitton SE among other brands, pledged $226 million toward reconstruction efforts. The Arnault family and LVMH will make the donation to save such an important “symbol of France, its heritage and its unity,” LVMH said in a statement.

A public fundraising drive for reconstruction efforts kicked off Tuesday. French President Emmanuel Macron addressed a sorrowful crowd at the site. He vowed to rebuild the cathedral for the French people, describing it as the “epicenter” of their lives, The New York Post reported.

“It is what our history deserves,” Macron said. “It is, in the deepest sense, our destiny.”