Huge flames and dark plumes of smoke engulfed Notre Dame cathedral last night and caused irreparable damage. The world watched on aghast as one of Europe’s most iconic buildings went up in smoke. Leaders across the globe made their solidarity with France known.

As the flames still raged around the sacred structure, US President Donald Trump tweeted: “So horrible to watch the massive fire at Notre Dame Cathedral in Paris.

“Perhaps flying water tankers could be used to put it out. Must act quickly!”

French officials confirmed the fire was under control this morning, but the full extent of the severe damage to Notre Dame is yet to be established.

Mr Trump further reacted to the fire while at a roundtable event in Burnsville, Minnesota. 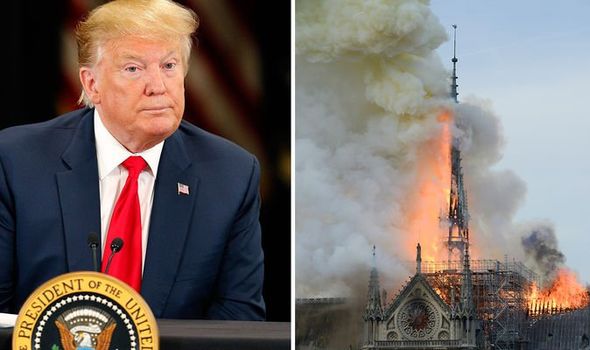 He said there was “no cathedral in world like Notre-Dame” and described the fire as “a terrible scene.”

“Probably if you think about it I would say it might be greater than any museum in the world, and it’s burning very badly, it looks like it’s burning to the ground.

“So that puts a damper on what we’re about to say to be honest, because that is beyond countries.” 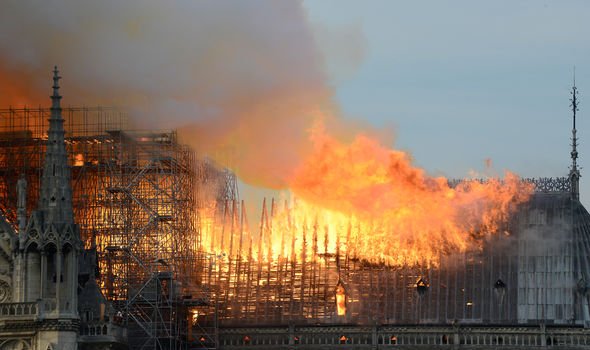 Other world leaders react to the fire

French President Emmanuel Macron said: ”Notre Dame is our history, our imagination, where we’ve lived all our great moments, and is the epicentre of our lives.” 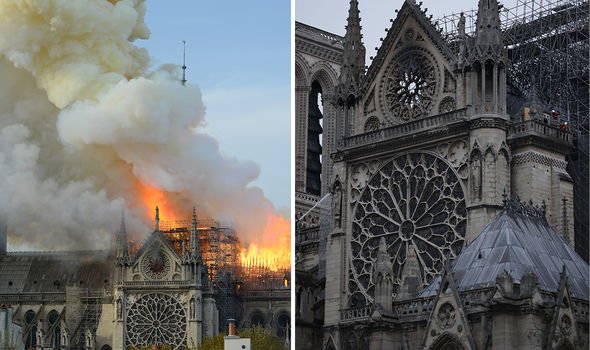 Macron continued: “It’s the story of our books, our paintings.

“It’s the cathedral for all French people, even if they have never been. But it is burning and I know this sadness will be felt by all of our citizens.”

A fundraising campaign launched by Mr Macron to pay for Notre Dame repairs has already raised hundreds of millions of euros.

Prime Minister Theresa May sent her wishes to the French capital from her walking holiday with her husband in Wales, where she is spending the beginning of parliamentary recess.

She said: ”My thoughts are with the people of France tonight and with the emergency services who are fighting the terrible blaze at Notre Dame cathedral.”